America's Battle With Tuberculosis : The Deadliest Disease in History

According to the World Health Organization, two billion people are infected Mycobacterium tuberculosis, or the bacteria that causes tuberculosis. That is almost one third of the world population.

The global disease is found in every country in the world. It is the leading infectious cause of death worldwide.

This documentary focuses on the battle with tuberculosis in America. It will leave you with a sense of wonder and captivate you.

There was a time when tuberculosis was called White Plague. It was a fitting name for a disease that absolutely destroyed population. The disease can spread from person to person through microscopic droplets released into the air. This happens when someone with the untreated, active form of tuberculosis coughs, sneezes, spits, laughs, sings, or even speaks. And while it is contagious, it is not that easy to catch it.

08:35
Health
New
The Coronavirus Explained & What You Should Do 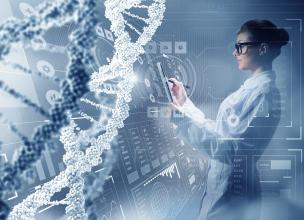 Medicine
Predictive Medicine in 2020 – Where are We Headed?
Predictive medicine is a field of medicine that tries to predict the probability of a disease and institute preventive m...
Neurasthenia – Outdated Disease of Living Too Fast
The condition was first described in 1869 by American neurologist George Beard. Symptoms of the condition included anxie...
Medicine in the 19th Century - Strange Victorian Era Cures
In the 19th century, people thought causes of fever include injury, bad air, violent emotion, or even irregular bowel mo...
Bipolar Disorder and Famous People
There are two common subtypes of bipolar disorder, bipolar I and bipolar II. There are other subtypes but these two are ...