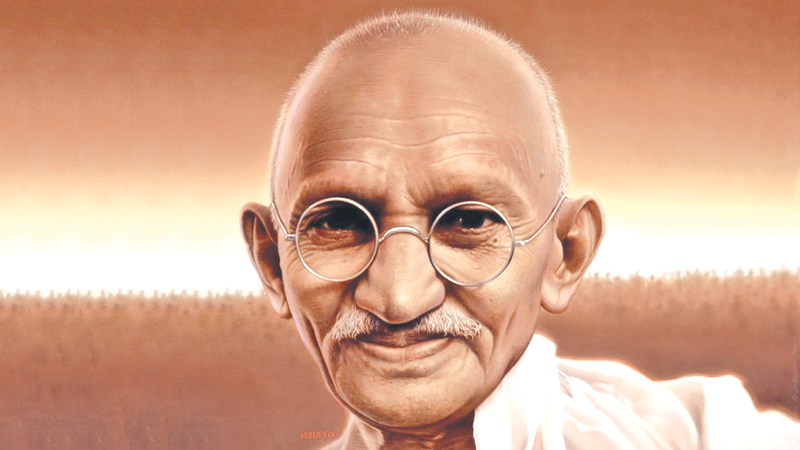 Mahatma Gandhi, widely regarded as one of the great champions of non-violent struggle, has never won the Nobel prize for Peace. He was selected five time, in 1937, 1938, 1939, 1947, and 1948. But he has never won it. The omission has been publicly regretted by later members of the Nobel Committee

Nobel Prizes cannot be revoked. With that in mind, Nobel judges must put a lot of thought into their selections. While a discovery looks and seems as groundbreaking today, will it stand the test of time. Or will it get scrutinized down the line?

Mahatma Gandhi, widely regarded as one of the great champions of non-violent struggle, has never won the Nobel prize for Peace. He was selected five time, in 1937, 1938, 1939, 1947, and 1948. But he has never won it. The omission has been publicly regretted by later members of the Nobel Committee. For example, when Dalai Lama was awarded the Peace Prize in 1989, the chairman of the committee said it was “in part a tribute to the memory of Mahatma Gandhi.

The peace prize committee rarely concedes a mistake, eventually acknowledged that not awarding Gandhi was an omission.

Reasons for not winning

There are several questions that have been asked frequently when Mahatma Gandhi is considered. The common questions include “Was the horizon of the Norwegian Nobel Committee too narrow”, “Were the members unable to appreciate the struggle for freedom among non-European people”, “Were they perhaps afraid to make a prize award which might be detrimental to the relationship between Norway and Great Britain”. With that in mind, here are some reasons people of the committee have said regarding why Gandhi never won the prize.

- While Gandhi is undoubtedly a good and noble person, a prominent man who is deservedly honored and loved by the masses, there are sharp turns in his policies. Some of them can hardly be satisfactorily explained by his followers. For example, he is a freedom fighter and a dictator, an idealist and a nationalist. He is frequently a Christ, but then, suddenly, an ordinary politician (1937)

- Gandhi was too much of an Indian nationalist. One might say that it is significant that his well-known struggle in South Africa was on behalf of the Indians only, and not of the blacks who living conditions were even worse

- While plenty of good things could be said about Gandhi, we should remember that he is not only an apostle for peace, he is first and foremost a patriot. We have to bear in mind he is not naïve. He is an excellent jurist and a lawyer

- Just before the India – Pakistan war Gandhi told this to prayer meeting “Though he had always opposed all warfare, if there was no other way of securing justice from Pakistan and if Pakistan persistently refused to see its proved error and continued to minimise it, the Indian Union Government would have to go to war against it. No one wanted war, but he could never advise anyone to put up with injustice. If all Hindus were annihilated for a just cause he would not mind. If there was war, the Hindus in Pakistan could not be fifth columnists. If their loyalty lay not with Pakistan they should leave it. Similarly Muslims whose loyalty was with Pakistan should not stay in the Indian Union."

- Last, but not least, while the committee considered giving him a posthumous award after his passing, the explanation was that there “Gandhi did not belong to an organization, he left no property behind, and no will. So, who should receive the Prize money”?

People
Who Was Jeannette Rankin? First Woman in the US Federal Office
Jeannette championed a multitude of diverse women’s rights and civil rights through a career spanning more than six de...
The Rockefeller Family Wealth – From Poverty to Billionaires
They are now in the seventh generation with as many as 170 heirs. And the family has managed to sustain their wealth. In...
7 Migrants that Changed the World
At the peak of the European migrant crisis in 2015, more than 1 million Syrians requested asylum in Europe
Bipolar Disorder and Famous People
There are two common subtypes of bipolar disorder, bipolar I and bipolar II. There are other subtypes but these two are ...