Top 9 Strange Laws in Germany that Will Boggle Your Mind

You can laugh as much as you like, but the order is what helps Germany achieve efficiency and lowest unemployment levels in Europe

It is no secret that Germany has an abundance of laws controlling almost every aspect of life. And while for some people the over-regulation might seem as inflexible, it is that bureaucracy that gives Germany the reputation of being efficient.

For example, crossing the street as a pedestrian at a red light will give you a fine in the same way as crossing the street at a red light in a vehicle. To keep all the social chaos under control, Germany has a government office called Ordnungsamt, which translates to “office of order”. You can laugh as much as you like, but the order is what helps Germany achieve efficiency and lowest unemployment levels in Europe. With that in mind, here are some of the strange laws and rules in Germany.

Recycling is a big thing

Do not drink while driving

It is a known rule that driving under influence of alcohol is forbidden. However, Germany takes things to the next level. In Germany, cycling whilst drunk is also forbidden. The level is blood alcohol level of 1.6 percent or more. If you drive a bike while under the influence, Germany officers can confiscate your driving license, and you will have to undergo a medical-psychological-assessment test. If you fail to pass the MPA, your license will be revoked.

Be mindful of your fuel

If you are driving a car in Germany, or any other vehicle for that matter, you must always pay attention to your fuel levels. It is your obligation to make sure your tank is filled up all the time. If you are driving on the Autobahn, the world famous speed-limit free highway system, it can be a problem. You are forbidden to stop on the Autobahn, and running out of fuel is not a good reason for stopping. In fact, you might be even fined for personal negligence and need to pay a fine.

Germans love their silence, and there are laws that protect them from people trying to play music at night. There are many rules, regulations, and laws that make music or practicing your instrument impossible. IN rental apartments, it is allowed between 8:00 and 12:00, and then between 14:00 and 20:00.

It is also worth noting that the length of playing time is also limited. You cannot play all the time at these time frames. Depending on the instrument, you get different time length. For example, piano players get up to two hours per day. Drummers are limited to 45 minutes in the summer and 90 minutes in the winter.

You cannot keep urns at home

Germans has a “law of cemetery compulsion”, demanding that all mortal remains are deposited in a designed space. That is either a cemetery or as part of an official burial at sea. This law was originally conceived for hygienic reasons. Therefore, it is forbidden to keep urns at home.

Watch your language while speaking to officials

In Germany, you just have to be polite to police officers. For foreigners trying to master the language, it can be even trickier. It is hard to know when it is socially appropriate to use “du” or “Sie”. The first is second person, while the latter is for formal third person addressing. Addressing a police officer in second person singular can get you a fine of up to 600 euros. There is even a list of swear words and their corresponding fines. For example, “idiot” can get you 15 daily rates. Fines in Germany depend on income, so the more you earn, the more you pay.

Baby names must be obvious

The government in Germany has a right to reject weird baby names. That means that the name has to be obvious by first name. At the civil registration office, parents apply with their baby’s name. It is important that the first name is obvious, and specifies whether the baby is a boy or a girl. If not, the office might reject the name. Re-applying is a costly process, which is why you will find many traditional names in Germany.

Sunday is a day off

We talked how Germans love their silence. Well, that applies especially for Sundays. Almost everything is closed on Sunday, except for churches. You cannot do home renovations on Sunday as well. Drilling on Sunday is illegal.

During the annual Oktoberfest in Munich, there are strict specifications for the beer that is served there. The beer can be brewed according to the German Purity Law. That means that permitted ingredients are only water, yeast, malt, and hops. Also, the beer must be brewed within the city walls of Munich to be allowed at the festival. 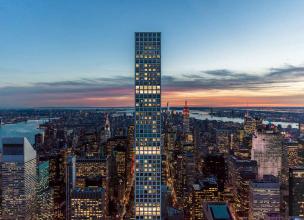