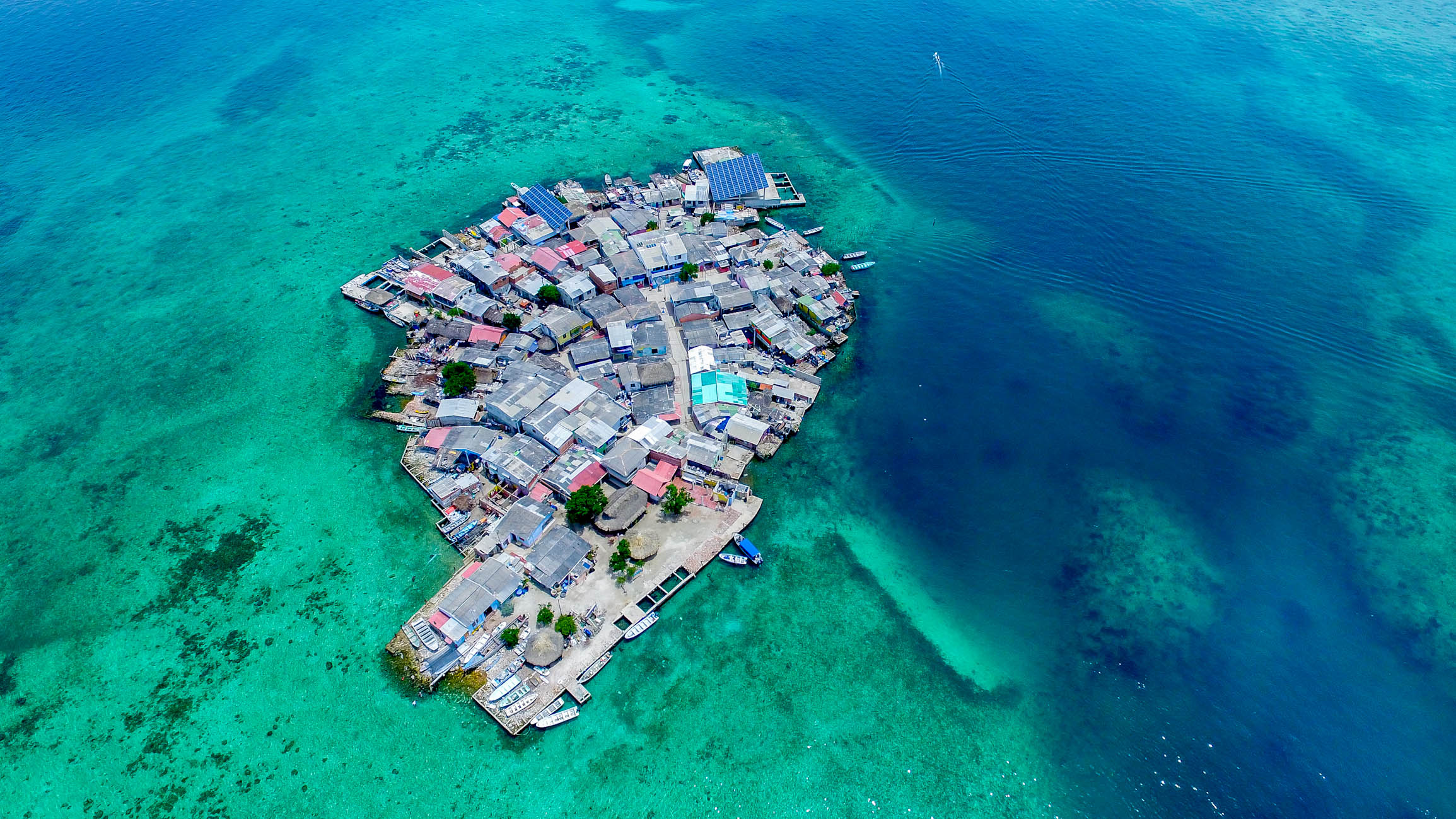 According to legends, the island was uninhabited some 150 years ago. The size was less than a hectare of land. It floated in the middle of the Caribbean Sea

People often find a way to live in difficult environment conditions. But this island takes that to an extreme condition. More than 40 families live on the most densely populated island in the world. Located by just two-hour boat ride from Cartagena, the island is the size of two soccer fields. There are no roads, limited access to water, limited access to food, but families are still happy.

How do they live there? Santa Cruz del Islote is an island in the Archipelago of San Bernardo off the coast of Colombia.

History of the Island

According to legends, the island was uninhabited some 150 years ago. The size was less than a hectare of land. It floated in the middle of the Caribbean Sea. 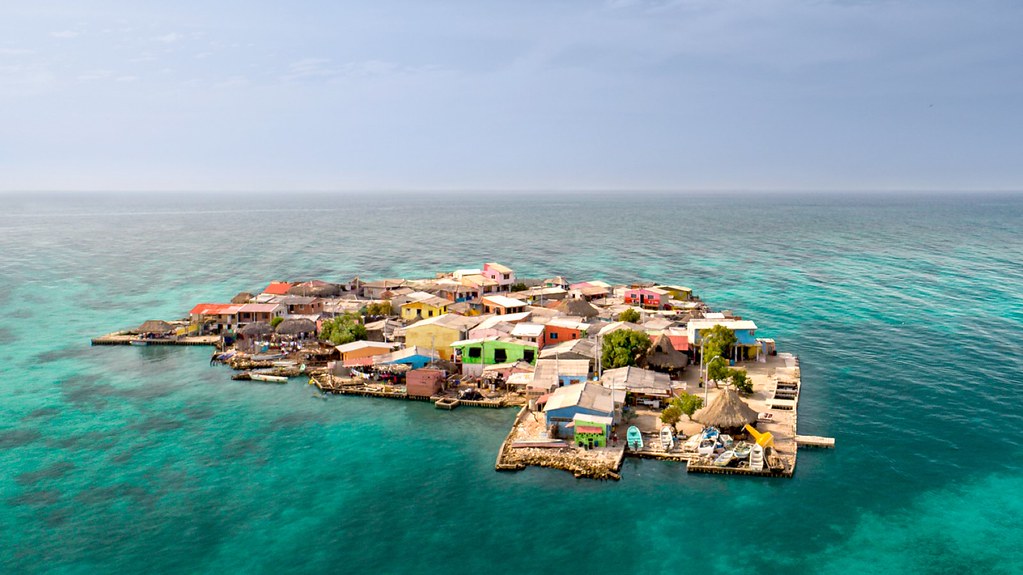 Fishermen working in the area from Cartagena and Tolu used the island as a resting place. They rested there during their fishing to protect themselves from the storms.

Around the island there is plenty of ocean coral ripe for fishing. So, the island became an attractive spot for people to come and build homes. Fishermen families were the first to come there. Families built houses next to each other as they married and had children.

The first families would forage the land and sea for building materials. They used sea shells, coconut shells, tree trunks, and more from the neighboring islands. They even used garbage to build.

More and more people came to the island. Some came to fish and work and live there. The legend says that one day the tide brought in a cement cross. In Spanish, the word for cross is Cruz. So, the first settlers picked it up and put in the center of the island. Because the island had no name at the time, citizens called it Santa Cruz del Islote.

Life on the Island

Despite the steady population growth, life is hard on the island. Yes, there is an abundance of seafood. But all other food and household goods must be shipped in by boat.

There is no way to produce drinking water on the island. The navy used to bring water to the island, but that is not a common practice any more. Residents use rain barrels to capture water for drinking and bathing.

School runs only up to tenth grade. Students can then leave the island and go to schools off of the island. Some chose to fish for a living, while others leave.

The island does not have space for a cemetery. People are buried on the neighboring islands.

People might be jam-packed, but they are okay living there. There is no doctor on the island, so they go to other islands for health care. Electricity is limited to a few hours per day thanks to a single generator. Many families rely on solar panels.

But life is great. There is no crime. Nobody locks the doors, and children are well-behaved. Recent partnership with Hotel Punta Faro resulted in a conversation aquarium on Santa Cruz. Before that, residents used turtles for meat. Now, they untangle them and look after them until the hotel comes to pick up and collect.

Life cannot continue this way. Residents cannot keep building up and up. But at the end of the day, there are not many places in the world where you wake up by the sound and view of the sea.

To understand how densely populated this island is, you have to take look at the numbers. The island is 2.4 acres in size. And it is home to more than 1,200 people. Although, residents say that number is close to 900.

There are 90 houses, two shops, one restaurant, school, and a disco for all-ages. Put that into perspective, and you get more than 250,000 residents per square mile.

The economy of the island is based on fishing and some other services. For example, they work with tourist and provide guides. Luxurious hotels in neighboring islands come to visit, and locals provide tourist guides.

The youth population is around 65% of the locals. The island provides a strong community spirit. It is basically a family who needs help and support of its neighbors.

You might think there is nothing to do on the island. But for starters, you can swim in the sea all day. Or go fishing. As for social life, a game of dominoes is a popular way to party there. Parties can last up to two or three days. As long as there is beer and rum to drink, people can dance late into the night to the rhythm of dance hall, champeta, and vallenato.

There is also an active street life. Children run freely, they play traditional street games, and listen to Spanish-language rap.

Thanks to the internet, young people are more aware of the world. Some of them plan to leave the island to build lives on the mainland.

The Appalachian National Scenic Trail, or simply the Appalachian Trail is a marked hiking trail in the Eastern United States. It extends between Springer Mountain in Georgia ...

The Giant Panda, also known as panda bear or simply panda, is a bear native to south central China. You can easily recognize it by the large, distinctive black patches around... 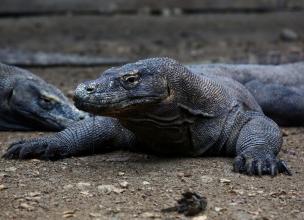 Nature
Komodo Dragons – The Largest Living Lizard on Earth
They weigh up to 150 pounds, with the largest verified specimen reaching 366 pounds. These dragons can kill even the la...
The World Tree - Middle Eastern Religions
The World Tree is mytheme in many Middle Eastern religions. It is most often portrayed as an archetype of the trees of k...
How to Detoxify the Pineal Gland
The pineal gland is believed to play a vital role in consciousness. Detoxifying it can be helpful in attaining higher le...
Going through the Longest Tunnel in the World
With a length of 53.8km, Seikan connects the islands Honshu and Hokkaido