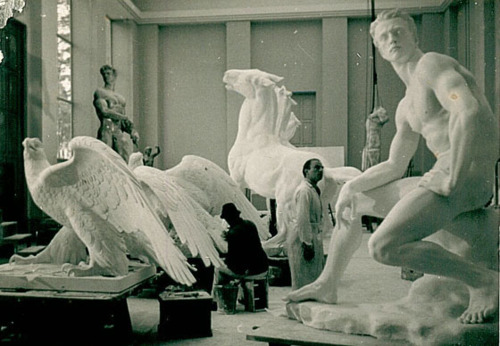 Breker was tasked with the development of fascist aesthetics, and his bombastic sculptures were the norm during the Third Reich reign, and even afterwards

The first association of Nazi Germany is Hitler. But the man responsible for Nazi culture was born some 10 years later, and he is just as part of Nazi Germany as Adolf Hitler. His name is Arno Breker, and anyone who has studied fascism and Hitler, cannot ignore the role Breker had in the development of the architecture in Nazi Germany.

Breker was tasked with the development of fascist aesthetics, and his bombastic sculptures were the norm during the Third Reich reign, and even afterwards. He was responsible for decorating the Reich chancellery, and some of his sculptures are still visible today. For example, the entrance to the Olympic Stadium in Berlin is enriched with his sculptures. Arno was born in July 1900. More than 100 years later, his name and legacy still lives.

Hitler and Breker hit off from the first moment they meet. Their first meeting was in 1936, and after the meeting, Arno wrote to his fellow friend and architect, Emil Fahrenkamp. In the letter, Breker wrote “Thank God I had the luck again recently to see and speak with the Führer.”

Soon after, Breker joined the Nazi party and was awarded party card and a position “political leader” by Hitler. It was a sign of respect that the Fuhrer had for the architect. He worked closely with a fellow architect, Albert Speer from 1938 onwards. He was part of the project that had the task to rebuild Germany. Speaking of Breker, Speer will note “The collaboration with Breker was flawless. He was intelligent, always had an idea, and a big expert in the field. Arno understood the structural and architectural opportunities at first glance. Often, he had to persuade other artists why sculptures must be part of the architecture”. Arno was promised artistic freedom, and he took advantage of it to the fullest. Hitler identified Breker as his favorite sculptor, and he saw the potential after just the first two works, named “Sword Bearer” and “The Party”.

Breker received raise in salary, various gifts from Hitler, but also from other Nazi leaders such as Himmler. At the time, Breker was guaranteed 1 million marks income, but also tax relief. He became extremely wealthy. During World War II, Breker became the only German artist with an exhibition in France, and was also featured in eight exhibitions in Munich, displaying a total of 42 works.

Even during the War, Breker received offers to work for others. One of those world leaders eager to work with Breker was Joseph Stalin. He offered a job to the sculptor twice, once in 1937, and once in 1946 (after the war). But he was refused. Breker later admitted he had a number of offers to work abroad, but he stayed in Germany.

After the War, Breker had to answer to denazification courts, but he had it easy. The court classified him as “fellow traveler”, allowing the sculptor to continue his work. He was portrayed as a victim, not an opportunist, which is debatable and controversial decision. One of the reasons why the denazification court declared him victim is because Hitler renamed his two most iconic works, the Torch Bearer and the Sword Bearer, giving them political significance.

After the war and the court, Breker continued working with former Nazi figures, and played a leading role in the artistic circles. Some 20 years after the War, Breker was described “as officially scorned, unofficial working at full capacity”. He might have been the Nazi’s most prominent sculptor, but his work was so much respected, to the point his flattering sculptures made him the most wanted portraitist after the war. He even made portraits for two German chancellors after the war ended, Konrad Adenauer and Ludwig Erhard.

One of the most iconic work done by Breker is “The Wounded”. The original sculpture was finished in 1942, and shows a muscular and naked seated figure that is larger than any other work he did before.

The Wounded was specially designed for Hitler, as Breker devoted all of his time, efforts and knowledge into a mass sculpture, a super-physically figure which could have been hurled into battle if needed. 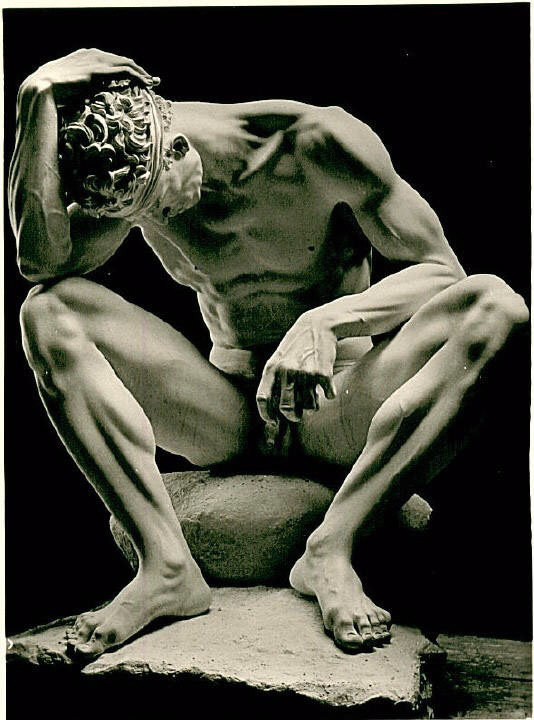 What is interesting is that there is no trace, evidence or proof of wounds on the sculpture. Not just physical wounds, but also spiritual wounds. The muscles are tensed and the right hand is flexed. The Wounded is not actually a sculpture of a wounded man. Quite the contrary, the Wounded is a warrior that is waiting to exact revenge.

We mentioned Breker did portraits for two chancellors after the War, but he has done so many portraits in his life even before that. Some of the most famous include:

- Emperor Haile Selassie I of Ethiopia, 1955

Breker rose to stardom thanks to his sculptures, so it is only fitting we list some of them.

The best way to understand Breker’s mind and his devotion to art is by his own words. The following two quotes best sum up his inspiration, work and legacy.

- The images of man which I create are not idealized. They embody ideals and characteristics which are worthy for all men: human dignity, peace, respect, friendship, tolerance, and freedom.