Pig Beach on Bahamas – All About Swimming Pigs 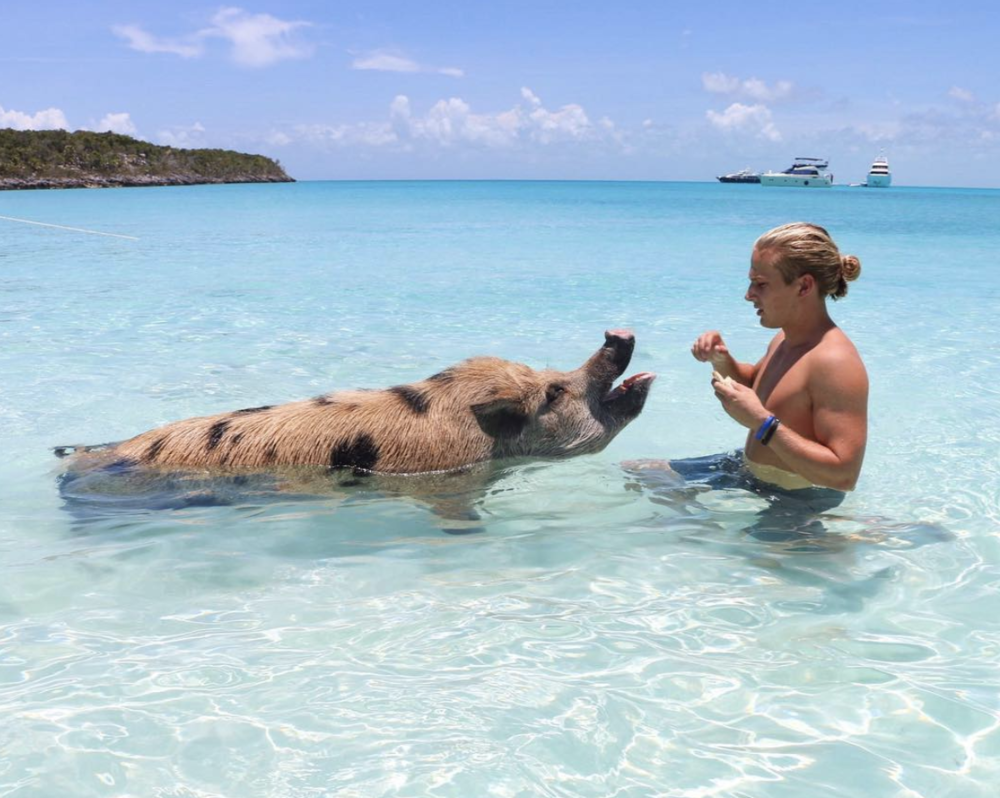 There is one place on Earth where pigs live in a paradise, and they swim. Called Pig Beach, it is an uninhibited island located in Exuma, the Bahamas. The island is officially known as Big Major Cay, but takes its name from the fact that feral pigs live on the island and in the surrounding shallows

We all know the saying “if pigs could fly”. Now, while they cannot fly, at least for now, they can swim. Did you know pigs could swim? There is one place on Earth where pigs live in a paradise, and they swim. Called Pig Beach, it is an uninhibited island located in Exuma, the Bahamas. The island is officially known as Big Major Cay, but takes its name from the fact that feral pigs live on the island and in the surrounding shallows.

Where did the pigs come from?

There are a couple of theories how pigs got there. One anecdote is that they have been dropped off by a group of sailors who wanted to come back and cook them. However, the sailors never returned, and the pigs survived thanks to food dumped from passing ships.

Another legend is that the pigs were survivors of a shipwreck, and managed to swim to the shore. And then there is the legend that pigs had escaped from a nearby islet.

Last, but not least, there is the theory that locals relocated the pigs to the island in anticipation of a slowdown in the economy during the Gulf War. Residents were concerned whether they would be able to get food supplies to the Bahamas from the US. And as a precaution, they wanted to start a livestock farm to feed the people on the Bahamas in case of an emergency. But pigs grew bigger, and they started roaming around the beach.

Where do the pigs live?

As mentioned previously, the pigs live on the island of Big Major Cay. The island is uninhabited by people. There are more than 20 pigs and piglets that live there.

The Exumas is an archipelago consisting of 365 cays and islands beginning just 35 miles southeast of Nassau.

Pigs there are now a major part of the Bahamas ecotourism scene. Boats arrive at the beach, and pigs swim out to meet them in hopes of food.

How to get There?

There are a couple of ways to get to Pig Island or Pig beach. The most popular one is from Nassau, the capital of Bahamas. Being that most people going to the Bahamas find accommodation at Nassau, there are one day excursions to the Pig Island.

There are three options to go to Pig Island from Nassau, and the closest airport is in Staniel Cay. There are daily flights with Flamingo Air. Another option is to fly from Nassau to George Town, Exuma’s capital, and book an excursion there. Last, but not least, you can book a boat trip from Nassau to Pig Island.

Other options include going to Pig Island from Miami, as there is a direct flight to George Town with American Airlines.

There are two reasons why people go to Pig Island. One is to swim with the pigs, and the other is to feed them.

If you chose to feed the pigs, make sure to use natural and unprocessed foods provided by the tour guide. Produce is the best option, and those include grapes, watermelon, carrots, apples, and lettuce. Do not feed the pigs with bread, processed foods, or starchy foods. Yes, they will eat anything you give them, but that doesn’t mean you should give them. 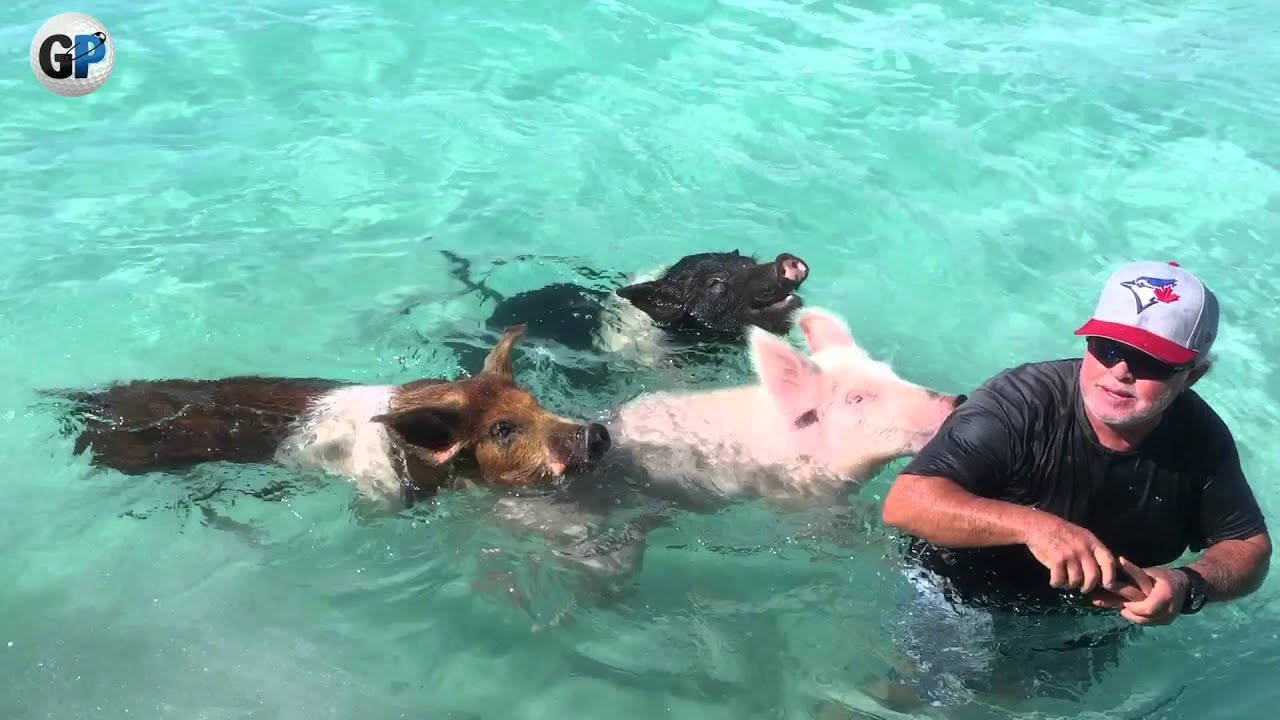 You should also know that pigs will be more interested in your food than in you. Take photos from afar. Selfies are not the safest option. Pigs are always hungry, and they have poor eyesight. It won’t be the first time they mistake the camera or smartphone for lunch.

Last, but not least, try not to leave any garbage behind. Being that pigs will eat anything they find, they can easily snack any garbage left by visitors.

Hunza is a mountainous valley in Pakistan. Situated in the northern part of Pakistan, it borders with China. The elevation in the valley is 2,438 meters, making it a natural ... 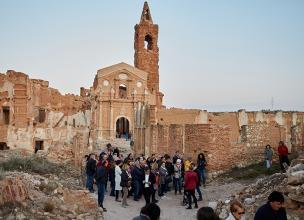 Travel
Belchite – The Ghost Town Serves as Reminder to Spain Civil War Tragedies
The old village serve as a reminder of the tragedies that occurred during Spanish Civil War. Between August 24 and Septe...
Going through the Longest Tunnel in the World
With a length of 53.8km, Seikan connects the islands Honshu and Hokkaido
Santa Cruz del Islote – Most Densely Populated Island in the World
According to legends, the island was uninhabited some 150 years ago. The size was less than a hectare of land. It floate...
Ushguli – The Highest Inhabited Place in Europe
Ushguli is a community of four villages located at the head of the Enguri gorge in Svaneti. It is recognized by UNESCO W...