Meet Horison, the World's Most Expensive Animal worth more than CEOs make in years 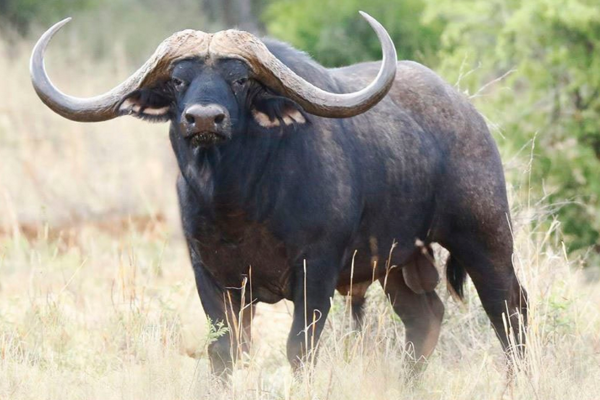 In April 2016, Horison, a buffalo from South Africa became the most expensive animal in the world. Horison has a 55 inches wide horn span, the largest among buffalos, making him one of the most desired buffalos in South Africa.

Bought because of his genes, Horison is now owned by four owners. According to the marketer who ran the auction, buying Horison was “a unique opportunity to own the best genes in the world”.

Horison was previously owned by a South African farmer, but now goes into property of the reservoir “Game”. Each of the four investors has the right of 25% of the property of Horison.

Before Horison was sold, there was another buffalo that was valued as the most expensive animal in the world. That was Mystery, another buffalo owned by a group of billionaires, including Johann Rupert. The group bought Mystery in 2013 for $2.5 million, which is way less than what Horison is priced.

For comparison, Mystery has 53 inches wide horns, while Horison has horns 55 inches wide.

One of the biggest advantages of Horison is that the buffalo doesn’t suffer from tuberculosis, a disease that is wide spread among buffalos.

With a price of $11 million, Horison is worth more than what African CEOs make in years. For comparison, the richest CEO in South Africa in 2014 was Richemont, the CEO of Bernard Fornas. He was the highest paid executive in the country in 2014, making almost $5.5 million, or half of the price of Horison. What is even more interesting, it will take a top 10 CEO in South Africa 2.6 years to afford Horison. And that is if you take the average earnings of top 10 executives in the country.

If you take the basic earnings only, any of the top 10 paid CEOs in the country will have to work five years to afford Horison. The four owners of Horison say they bought the buffalo for breeding rights. They can provide him with ten cows per year, and keep the offspring. South Africa is the bigger market for buffalos, and they are paying record prices for genes of buffaloes that can in some way increase the horn span of the herd. Horn span is something that hunters desire, and they are also paying big bucks for.

What is interesting is that Horison sale comes at a time when prices for wild animals in South Africa are dropping. For example, the price for buffalos dropped 30%, while the price for antelope dropped by 35%.

Buffalos or Bulls, which are more expensive?

Many people mistake the terms buffalo and bull. Some go even further to say “buffalo bull”. But that cannot be further from the truth. Buffalos and bulls are two different animals, and buffalos are more expensive in any way.

To clear things up, the term buffalo refers mostly to domestic Asian buffalos, which are close to the American bison. They have horns that curve down and back towards the top line. Bulls, on the other hand, bulls have horns that jut out and curve up. Both are male adult bovines. As far as the price goes, the most expensive bull was almost sold in 2014.

An Indian farmer sold his prized bull, for a price of $1.6 million, but decided to pull out of the sale. The farmer thought that the bull is more prized when home, as he got $40,000 from selling the bull’s semen every month. The bull, called Bheem Donor is owned by Yuvi Donor, and he thinks of his bulls as a “very profitable son”. The bull weighs 1,200kg and has one of the best semen in the world.

Personal Triumphs
Meet Betty Cohen – The Woman who made the 90’s Awesome
Betty Cohen founded Cartoon Network in 1992, and she brought some of our favorite cartoons to life
Top 5 Most Intelligent Dogs
“Do dogs really think”, “can dogs communicate with us”, “how can we understand our dogs”?
Huaxi – Secrets of the Richest Village in China
From the outside, Huaxi is dubbed as a socialist village. But on the inside, it is actually a capitalist corporation, m...
Ten Interesting Facts about Reindeer
Did you know they are the only mammal that can see ultraviolet light? And how the connection to Santa was born?