4 Explosions in History as Deadly as the Beirut explosion 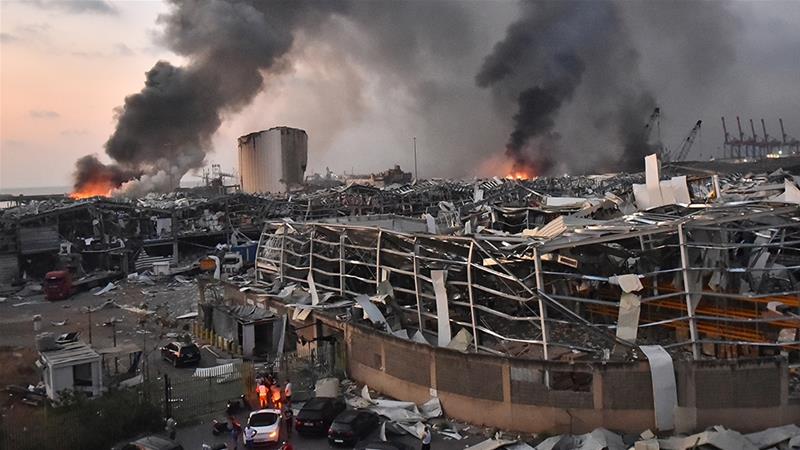 ollowing the explosion, more than 300,000 people are left homeless. Lebanon’s President blamed the detonation on 2,750 tons of ammonium nitrate. They were stored unsafely at a warehouse in the port

On August 4, one of the biggest explosions in history hit Beirut. The explosion devastated the city beloved for its cosmopolitanism. Official numbers are more than 135 deaths in the aftermath of the blast and thousands injured.

A large fire at the port of Beirut preceded the explosion. In videos posted on social media, we can see white smoke billowing from Warehouse 12. Following the explosion, more than 300,000 people are left homeless. Lebanon’s President blamed the detonation on 2,750 tons of ammonium nitrate. They were stored unsafely at a warehouse in the port.

This is not the only explosion caused by unsafely storage of explosive materials. History has other similar events as well. Here are some events that were as tragic as the Beirut explosion.

Just some few years ago, a series of explosions killed 173 people in Tianjin. The event occurred on August 12 after an explosion happened at a container storage station at the Port of Tianjin. Two explosions occurred within 30 seconds, with the second detonating more than 800 tons of ammonium nitrate. That is 256 tons of TNT equivalent.

The investigation took nearly half a year to find out in February 2016 that an overheated container of dry nitrocellulose caused the initial explosion.

Besides the human victims, there was an abundance of material damage. More than eight thousand new cars, parked in lots near the blast site were burned. Companies like Kia, Toyota, Renault, Hyundai, and Volkswagen had their cars nearby.

Buildings surrounding the blast site got declared as “structurally unsafe”. The cost of the explosion got estimated at around $9 billion. It was the third most expensive supply chain disruption of 2015.

More than 40 kinds of hazardous chemicals were stored on site. And at least 700 tons of highly toxic sodium cyanide was stored at the site. Fear of pollution prompted the government to test the air. They confirmed gases were undetectable 2km from the site.

The explosion in what is now Ludwigshafen, Germany, killed between 500 and 600 people. More than 2,000 people got injured.

Everything started in the morning as the French-registered vessel SS Grandcamp detonated her cargo of 2,300 tons of ammonium nitrate. This started a chain reaction of fires and explosions in nearby ships and oil-storage facilities.

The end result is death of more than 581 civilians, and one member of the Texas City fire department.

The disaster drew the first class action lawsuit against the US government. More than 8,000 victims sued the government under the 1946 Federal Tort Claims Act. More than 63 people never got identified. They were placed in a memorial cemetery in the north part of Texas City.

As with similar explosions, the ammonium nitrate was used as a fertilizer at the time. It was manufactured in Nebraska and Iowa and then shipped to Texas by rail before loading it on a boat.

The 1916 explosion happening at Faversham is still the worst in the history of Britain. It happened on April 2, 1916. The huge explosion ripped through the gunpowder mill at Uplees, near Faversham. There were 200 tons of TNT detonated following empty sacks catching fire.

The combined explosion of TNT and ammonium nitrate contributed to 115 deaths of men and boys, including all the Works Fire Brigade. It happened on Sunday, so no women were at work. At the time, experts believed weather might have contributed to the start of the fire. Britain had a wet month ending with a short dry spell. The weekend provided perfect conditions for heat-generated combustion.

That was not the first disaster at Faversham. But it is still the worst ever in the history of UK explosives industry.

The good news was more than 3,000 tons stored in nearby shed remained unaffected. 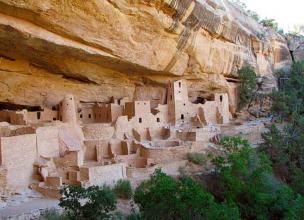 History
Mesa Verde – Only National Park in the US Protecting Cultural and Historical Sites
Located in Montezuma County, Colorado, the park protects some of the best Ancestral Puebloan archeological sites in the ...
Marie Olympe de Gouges, Femme of Letters
She established a series of documents acknowledging women and their equal liberties. Marie wrote a personal letter to th...
Crazy Facts About Stonehenge – The Mysterious Ancient Site
There is no clear theory how the stones got there. There are many popular theories. One of the popular theories is that ...
The World Tree - Middle Eastern Religions
The World Tree is mytheme in many Middle Eastern religions. It is most often portrayed as an archetype of the trees of k...