30 Years later, this Creepy TV Add is still a Mystery 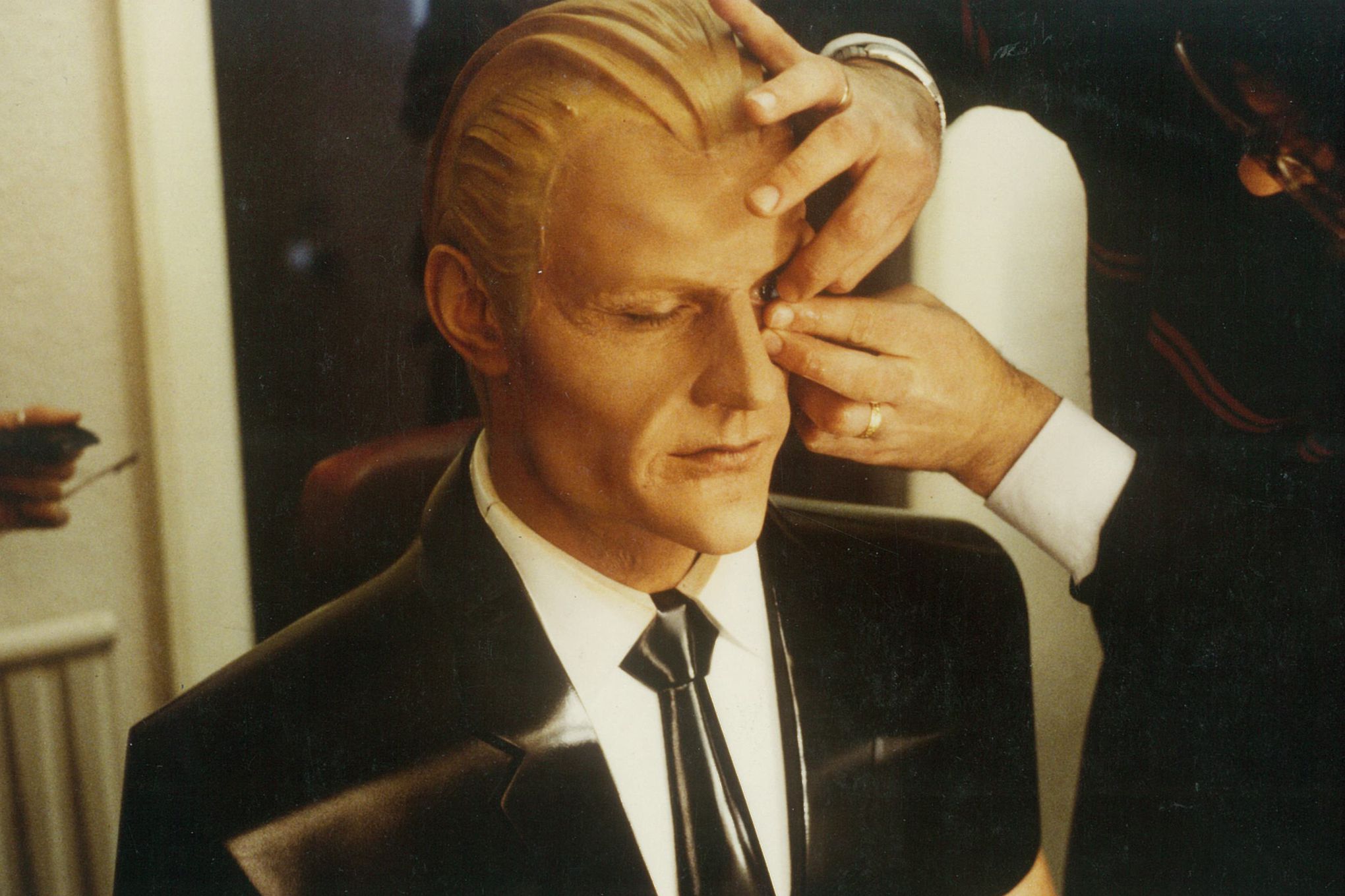 Right up until 9:14 PM on November 22, 1987, what appeared on Chicago’s television sets was normal: entertainment, news, and game shows. Dan Roan, the popular local sportscaster was narrating highlights of the Bears victory

When you look back at the day, it was like any other Sunday night at Chicago’s WGN-TV. But then, the unthinkable and the unpredictable happened.

Right up until 9:14 PM on November 22, 1987, what appeared on Chicago’s television sets was normal: entertainment, news, and game shows. Dan Roan, the popular local sportscaster was narrating highlights of the Bears victory.

And on that Sunday night in 1987, Max Headroom became a conspiracy theory folder, one that is not solved 30 years later. A person wearing a mask of the iconic 80s character interrupted broadcasts in Chicago. It was the creepiest interruption in the history of television. The masked creep gargled on-air, and then disappeared. The FBI investigated the incident, but the case remains an unsolved mystery.

The Max Headroom broadcast signal intrusion was a television signal hijacking occurring Chicago, Illinois. It happened on the evening of November 22. The first one came at 9:14 pm, and lasted for 25 seconds during the sportscast on 9 O’Clock news on WGN-TV Channel 9.

The first incident did not feature any sound. It was just a masked man with the face of Max Headroom appearing on screen and doing nothing aside from moving his head around the screen.

The incident made national headlines. The people responsible for the incident have never been identified. In the control room of WGN-TV, technicians on duty stared blankly at their screens while the incident was happening. The TV network broadcasted its signal from a 100-story John Hancock tower some seven miles away. But the signal got hijacked, and the rest is history.

Once the storm has passed, and everything continued as normal, another hijack happened. Later that night on November 22, at around 11:15, or two hours after the first incident, the mask returned. This time, it was during a broadcast of the Doctor Who serial at the PBS member station WTTW. The signal was hijacked by the same person, at least that is what people thought at the time.

During the second interruption, the masked man came with distorted and crackling audio. The man on the screen kept saying “That does it. He’s a fricking nerd!” The masked man continued to laugh, moan, and scream for several seconds. He even utter some various random phrases, including Coke’s advertising slogan, “Catch the Wave” while holding a Pepsi can. The irony is that Max Headroom was a Coca-Cola’s spokesperson at the time.

WTTW found that its engineers were unable to stop the hijacker due to the fact that there were no engineers on duty at the Sears Tower. Technicians from the WTTW headquarters attempted to take corrective measures, but they couldn’t. Thanks to Doctor Who fans who were taping the show, the network was able to find copies of the hijacker’s telecast.

Within hours of the incident, federal officials were called in to investigate the crime. It remains one of the strangest crimes in TV history, a rare broadcast signal intrusion with no clear motive, method, or culprits.

What followed in years after of the incident was a number of copycats and parodies. People tried to mimic the delivery. Some companies even intentionally made commercials with Max Headroom just so that they try to milk the cow and its popularity.

It became a new form of pranksterism, protest, or even some classified it as terrorism. It emerged a year and a half earlier, when HBO aired The Falcon and the Snowman. Thirty two minutes past midnight, the screen flickered into color bars with a message appearing on the top. That was the Captain Midnight incident.

Over the years, there have been many investigations trying to find out exactly what happened. But the mystery remains unsolved. And Max remains the TV hero of the 80s and the early days of pranking on TV.

24:16
Conspiracy
Edward Snowden: How Your Cell Phone Spies on You

Edward Snowden went from obscurity to an internationally known figure overnight. It was all because of his whistleblowing activities.He is widely considered the most famous wh...

Yukon is the smallest and westernmost of Canada’s three federal territories. The territory is as large as Spain, but it is not populated. It has the smallest population of ...

Over the years, Vatican has been criticized for its involvement into the rise of Nazi Germany. When it comes to Vatican and Nazi Germany, Pope Pius XII is always the first to...

Conspiracy
Jimmy Hoffa – All the Death Conspiracies
Jimmy Hoffa is one of the central figures in the Irishman, a fictional movie trying to explain the disappearance of the ...
Stonewall Riots – The Protest that Inspired Modern Pride Parades
They might not have initiated the gay rights movement, but they served as the catalyst for a new generation of political...
Room 39 – The Kingpin of North Korea’s court economy
Some experts believe the secret organization has more than 20 bank accounts in Switzerland, and owns more than 130 tradi...
Joyxee Island – eco-friendly floating paradise made of plastic bottles
The island is located in Isla Mujeres Bay near Cancun city in Mexico. It has a three-storey house with two bedrooms, a k...