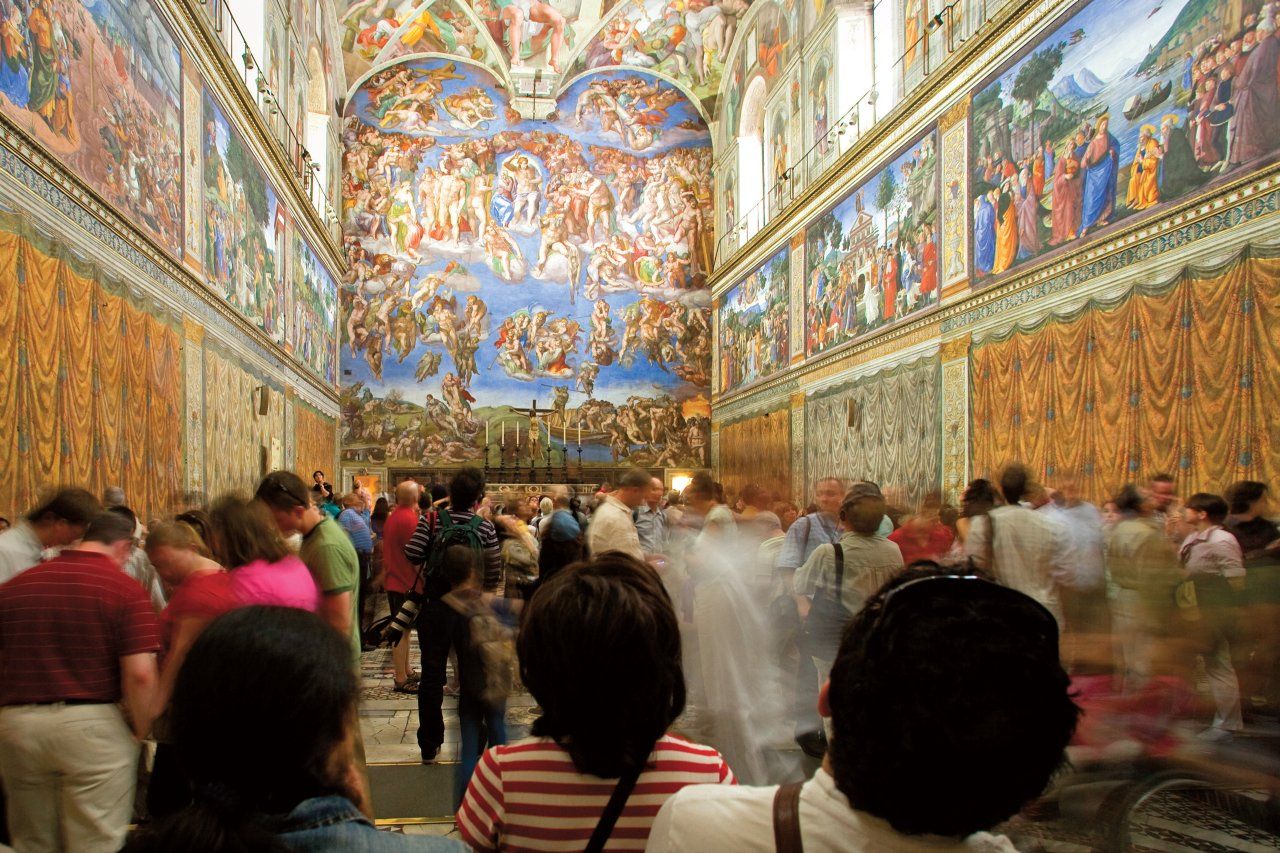 Michelangelo’s Frescoes are not the only frescoes 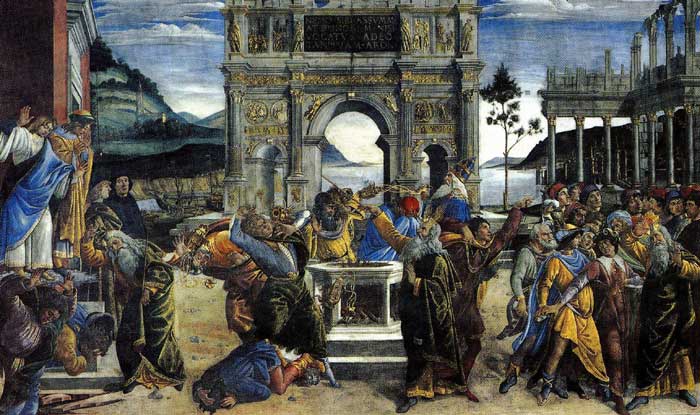 Michelangelo was not keen on the commission to paint the ceiling of the chapel. In fact, he wrote a poem lamenting to his friend Giovanni da Pistoia, in which he said that he feels tortured due to the physical strain of the work.

It is also worth noting that his main artistic profession at the time was to sculp. He took the role with displeasure, and still managed to make it perfect.

Many theories suggest he painted the ceiling lying on his back. But that is not true. He actually constructed his own scaffolding, so that he could paint standing up for more precision and control.

More on the subject that he was not happy about working on the ceiling of the Sistine Chapel, Michelangelo thought about refusing the commission. He thought of himself as a good sculptor. Incredibly, he did not consider himself a good enough painter to took such a responsibility. The only reason he took the job was because it was a commission from the Pope himself. At the time, and even now, it is unheard to refuse such a request.

Michelangelo was even convinced that it was a set-up by his rivals. He believed they want to see him fail at the job.

The depiction of God on the ceiling of the Sistine Chapel was the first of its kind. It shows a man with long white hair and a beard. While nowadays that picture is common, at the time, God had not been portrayed as a person in that way. Throughout the frescoes, Michelangelo features God six times. And he painted those images last, wanting to perfect his approach first. 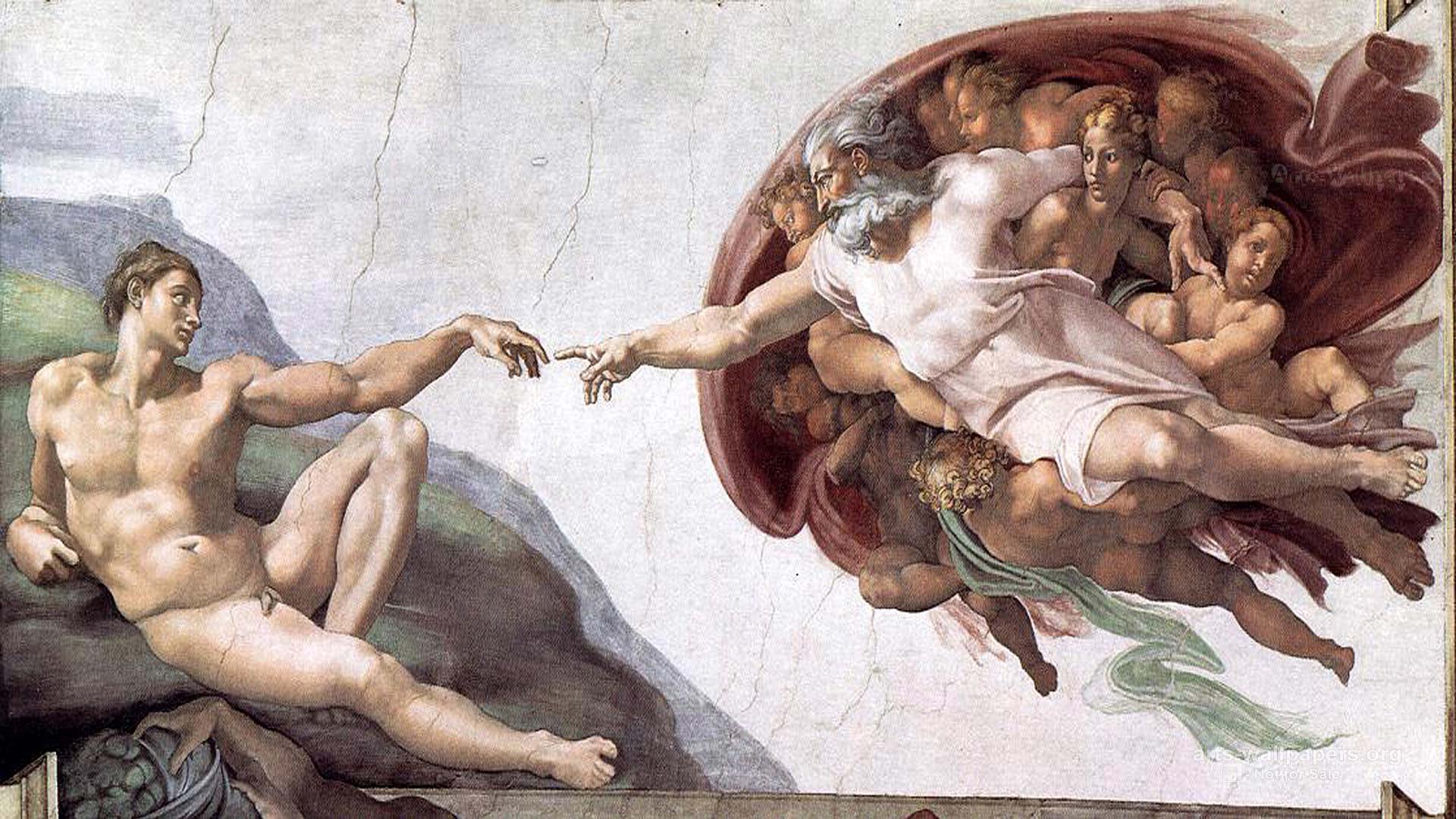 After Michelangelo painted God, there have been many that have used his imagination.

He returned to paint the Last Judgment

The Altar fresco, called Last Judgment is the one Michelangelo 23 years later after making the ceiling. He returned to the piece in 1536 to begin the masterpiece on the wall above the altar. There is a theory that there are two self-portraits within the painting. Sadly, both are negative and miserable depictions.

Speaking of the Last Judgment, there are theories that Michelangelo wanted to draw a parallel to the anatomy of the human brain.

He did have to repaint a large portion of his work

After just one year he started on working on the project, his work became mouldy. He informed the Pope about it, and wanted to leave the job, saying it was a proof he is not a good painter. However, the Pope asked him to continue, and he couldn’t refuse. Therefore, he repainted the work that had become mouldy.

You might have seen two versions of the frescoes

If you have visited the Sistine Chapel before 1980 and after 1999, you might have seen two different versions of the frescoes. In 1560s, Pope Pius IV ordered that the nudes in the paintings have fig leaves to hide their presumed blushes. However, that was undone between 1980 and 1999, during the big restoration. The goal of the restoration was to remove the layers of grime that have built up, and as a result, the colors are much brighter. And of course, the fig leaves were removed. Therefore, if you have been to the Sistine Chapel before 1980 once, and then again after 1999, you might have seen the paintings nude and with leaves.

The outside is nothing special

From the outside, the Sistine Chapel gives no hint of the artistic treasures inside. The external structure is remarkably plain. There is no decoration. There is no grand entrance, or anything similar. Considering the beauty inside, and the fact it is the private chapel for the Pope, that is quite incredible.

Another interesting fact, the building was designed with defense in mind, including strong and thick walls.

The Sistine Chapel was built 500 years ago. However, it is still used for its original purpose. The Chapel held its first mass in 1483. At the time, it was intended to be the personal chapel for the Pope. It is still used for that purpose. 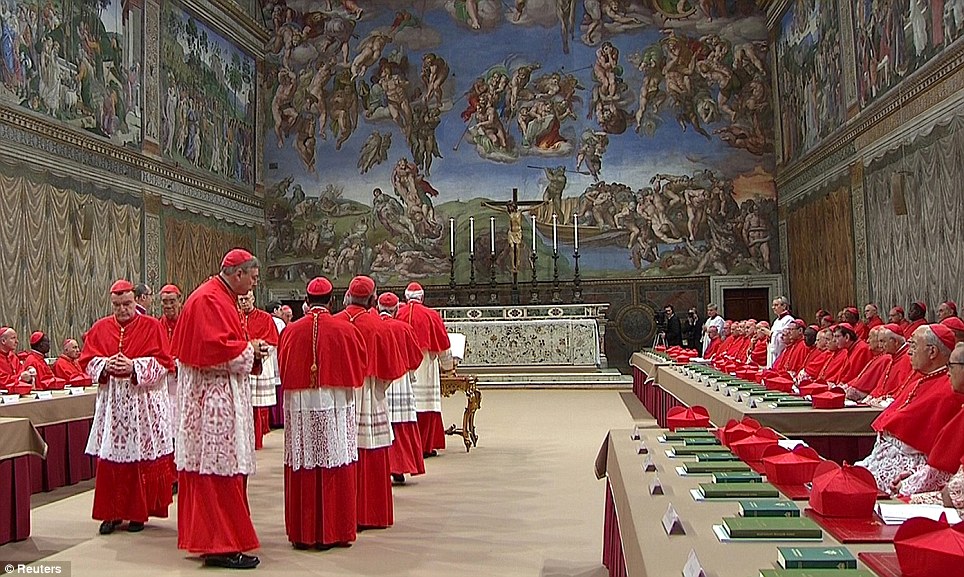 The Chapel also serves as the site of the papal conclave. There is a room nicknamed the Room of Tears, where the chosen candidate can represent his emotions after winning the election.

Michelangelo did not review his piece

Michelangelo saw his work for the first time as a whole when it was unveiled. He was not able to review his piece as a whole. That is because the scaffolding remained in place right until the very end.

Art
Bechdel Test In Modern Times
About half of movies nowadays meet the criteria. Now, passing or failing the test is not a necessity in the movie indust...
Pombaline Style – First Earthquake-Safe Architecture in Europe
The Pombaline building is a structure with up to four floors, including arcades on the ground floor to allow for shops a...
Wicca – Fastest Growing Religion of the 20th century
A research report in 2014 suggested that the adult population of pagans and Wiccans in the US alone was more than 730,0...
Hagia Sophia – Significance and Unique Facts
During its 1,500 year life-span, Hagia Sophia served as a cathedral, mosque, and a museum. When it was first constructed...