Will we ever live on Kepler-452b, Earth's Cousin? 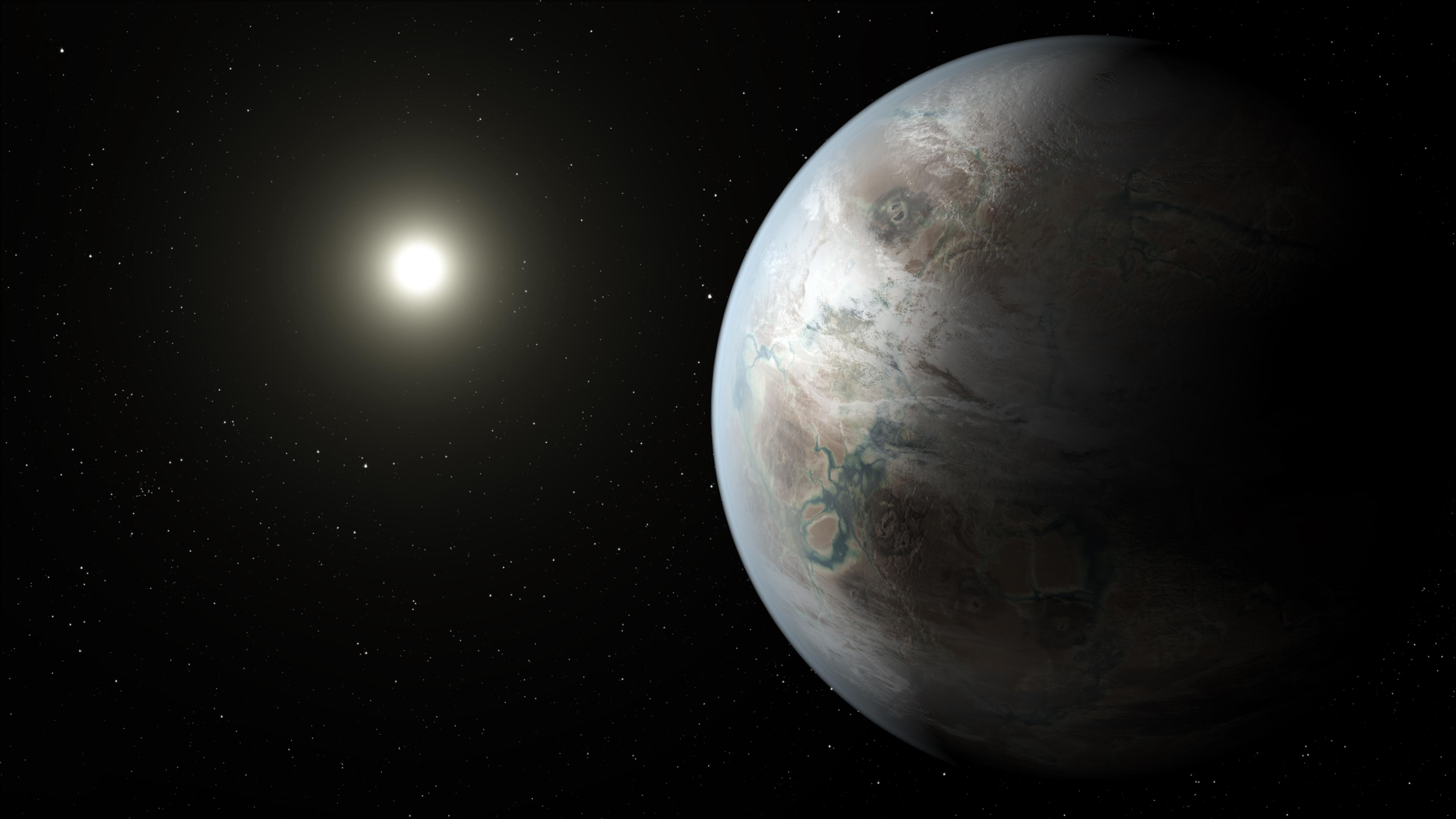 Kepler-452b is the smallest of the Kepler planets discovered so far. With the discovery of Kepler-452b, NASA’s Kepler mission brings the total number of discovered and confirmed planets to 1,030

After 20 years of searching, Kepler mission by NASA gave what many consider the greatest success in astrology. The Kepler mission confirmed the first planet that has similar size, appearance and surface as the earth, the Kepler-452b. The planet is in the habitable zone, and orbits around a sun-like star. The findings are a milestone in the journey by NASA to find another Earth.

Kepler-452b is the smallest of the Kepler planets discovered so far. With the discovery of Kepler-452b, NASA’s Kepler mission brings the total number of discovered and confirmed planets to 1,030.

Kepler-452b is a lot larger than the Earth, but the orbit is just 5% longer at 385 days. The distance between Kepler-452b and its solar star is just 5% more than between Earth and Sun.

After the discovery of the planet through the Kepler mission, the team of scientists at NASA also conducted ground-based observations of the planet at the University of Texas. Here are the findings summarized.

The biggest challenges for living on Kepler

A group of scientists have tried to transport the surface of Kepler-452b to a laboratory where they tried to examine how would living on Kepler would be like. The moment they stepped on the surface, the group of pioneers realized they are not on their home planet.

The biggest challenge for living on Kepler would be gravity. The Earth’s twin is 60% wider, and five times more massive than Earth. Those two factors contribute to Kepler-452b having stronger gravity pull than what we are used to on Earth. Just for comparison, potential explorers would feel twice heavier on Kepler than on Earth.

According to NASA researchers, gravity will be a huge challenge at the beginning, but we can probably adjust and get used to the gravity field. And according to scientists, our bones and our body will get stronger. The gravity will be like free workout each and every day. The gravity, however, will result in significant changes in our bodies.

And while gravity will be a huge challenge at the beginning, people are actually used to some of the other aspects of living on Kepler. For example, Kepler-452b orbits a solar type star, just like Earth orbits around the Sun in the same amount of time and distance. Living on Kepler would feel like home, at least from the aspect of sunshine we can experience. However, the sunlight will not be equivalent, since the star around which Kepler orbits is older than our sun, 6 billion to 4.5 million years. The result is that the solar star of Kepler is in a more energetic phase, which results with the star being 20% brighter and 10% larger than the Sun.

One advantage of Kepler-452b orbiting a star similar to the Sun is that the planet receives the same spectrum and intensity of light as the Earth. In essence, that means that plants from the Earth can grow on Kepler-452b as well.

While Kepler-452b is considered Earth’s twin due to its rocky surface and similar atmosphere, there are many other planets that also resemble the Earth. Kepler’s mission has discovered 12 other small and rocky planets that orbit around a solar star, the same way the Earth orbits around the Sun. The difference between Kepler-452b and other planets is that the solar star around which Kepler-452b orbits is very, very similar like the Sun.

Before the discovery of Kepler-452b, the best known alien analog and similar planet was Kepler 186f.

It took NASA 20 years of searching to find an Earth-like planet that orbits a star that is in the same category as the Sun, orbiting the star at a similar distance. The discovery of the planet by the US space agency immediately prompted the conversation, can we ever live on Kepler-452b?

For starters, we must stress the distance between Earth and Kepler, and how long it would take for a space probe, even unmanned one to reach Kepler. For starters, the Kepler-452b is 1,400 light years away from Earth. Now, each light years accounts for 5.88 trillion miles. With the current technology and speed, it would take one millennium and a half for a spacecraft to travel to Kepler-452b at the speed of light.

Now, compare that to the actual speed of space crafts. A speed of light accounts for a speed of 670million mph. The fastest unmanned probe at the moment is the Hew Horizons unmanned probe that reaches speed of “just” 35,187mph. It took New Horizons 10 years to reach Pluto, a feat the probe achieved a month ago. Seeing that Pluto is 3 billion miles away from Earth, it would take that same probe 26 million years to reach Kepler-452b.

Some critics believe that NASA should focus on exoplanets orbiting stars, and they should include even planets that orbit a star not as similar to our Sun. Those planets, according to critics, are nearer, making them easier for studies.

Despite its appearance and rocky surface, it is quite possible that Kepler-452b is totally alien to the Earth. Some scientists believe that Kepler-452b is actually experiencing the “runaway greenhouse effect”, during which the star of the plant evaporates its liquid water. As stars get older, they start to emit more radiation due to their larger size. According to scientists, that also might be a preview of what can and eventually will happen to Earth.

Some scientists also believe that Kepler-452b might not be even rocky planet to begin with.