Two Russian Plane Crashes in one week - All Conspiracy Theories 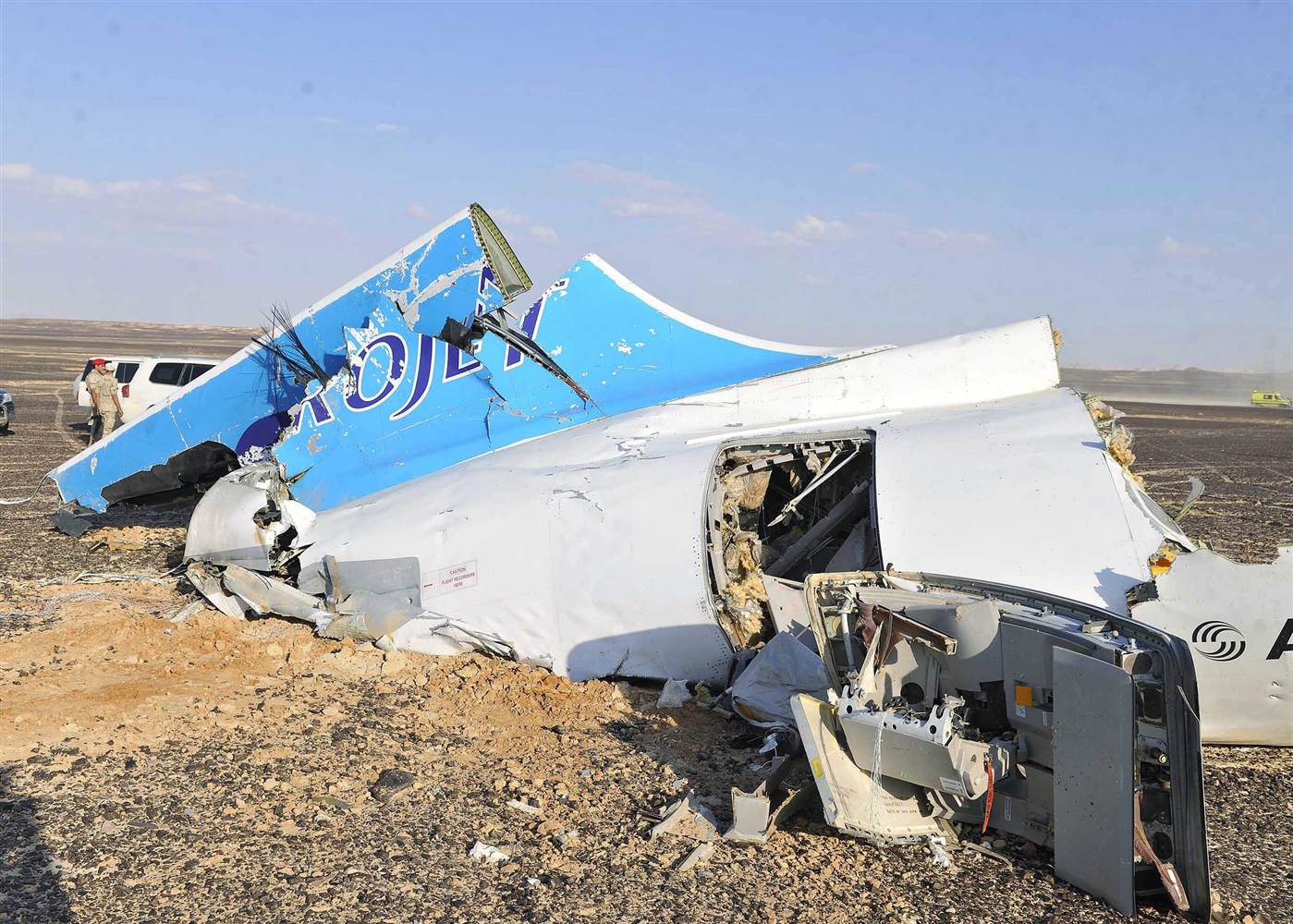 224 people lost their lives when Flight 9268 crashed in Egypt, opening the way for conspiracy theories

In the last two weeks of October, two Russian planes crashed. The first one was an accident, and it was actually a Malaysian plane that crashed on Ukrainian soil. The second plane is the one that got all the headlines, and that jump started several conspiracy theories. For the first accident, Russia was clear, the fault was in Ukraine, and the main reason was that Kiev did not shut own the air space. As for the second plane, the Flight 9268 that crashed in Egypt on October 31, there are still unanswered questions. 224 people lost their lives in the crash. So far, we’ve got several conspiracy theories, and the funny thing is, all of them look plausible. Let’s take a look.

For the time being, a terrorist attack which included planting a bomb on the plane is the most plausible theory. In the same time, it is the worst possible outcome for both Russia and Egypt. If the investigation proves that a bomb was planted in the passenger seats and brought down the Russian plane, the consequence will be catastrophic.

For starters, if the investigation proves that a bomb brought down the plane, it will have been the first successful terror attack on a passenger plane in more than 10 years. A death to 224 passengers will open a new chapter and front in the war against the Islamic State Group, the first suspect for the terrorist attack. 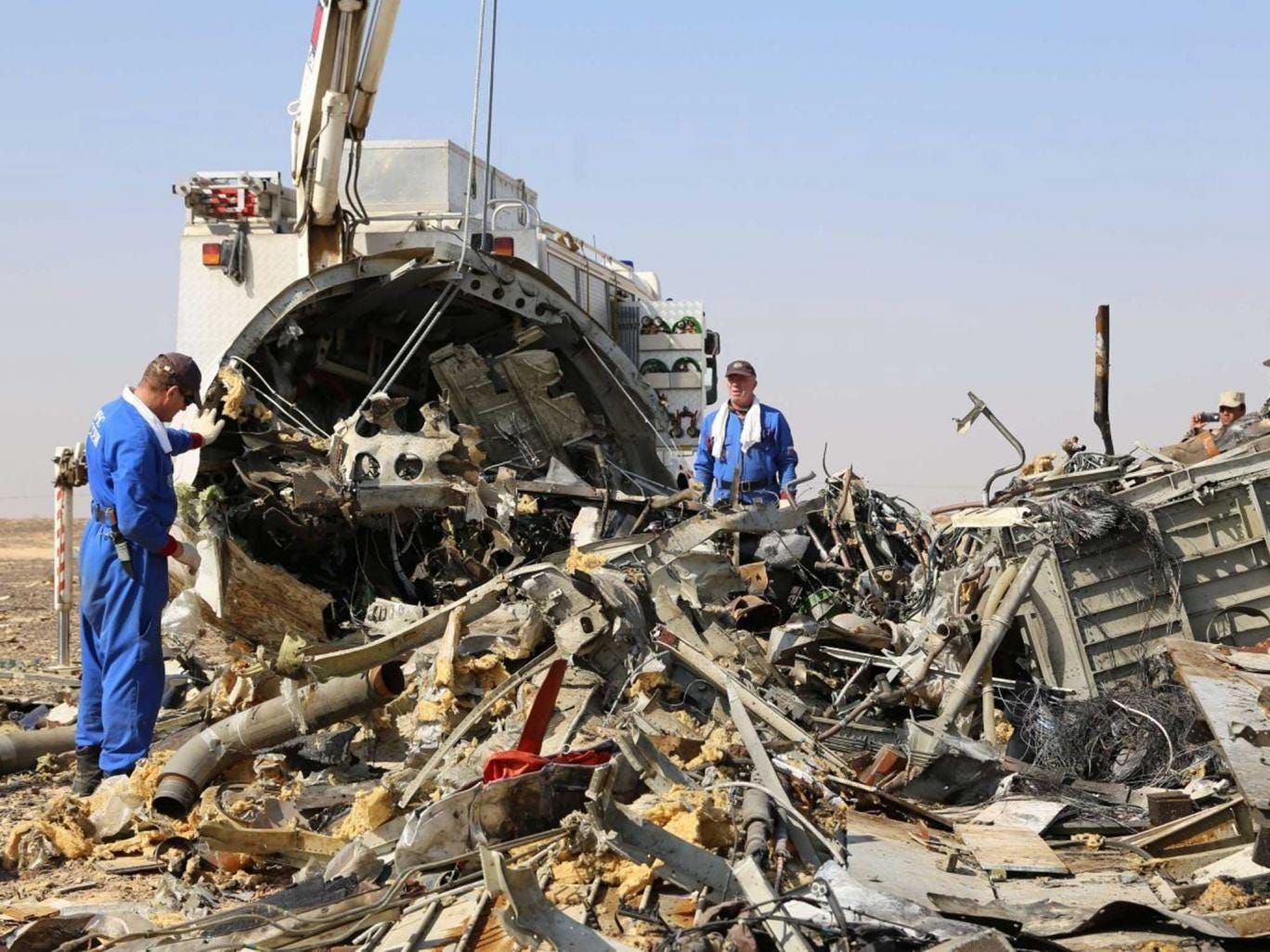 For the time being, Egyptian authorities dismiss this theory, and they urge people around the world to stick more to the facts, not gossip and speculations. In order to find out the reason for the crash, Russian investigators are comparing the crash with the Pan American Boing 747 that crashed in Scotland in 1988. Back then, the terrorist had hidden a bomb in a radio transmitter in his suitcase.

Relations between Egypt and Russia are already under strain, and a bomb would further harm those relations.

Russian investigators haven’t declared anything yet, but European investigators who analyzed the black boxes from the flight are categorically saying that the crash is not an accident, and that a bomb was planted.

According to European investigators, a voice recorder from the cockpit shows an explosion in a split second. The investigators found out that everything is normal in the first 24 minutes, but then in a fraction of a second there is a blackout and the conversation in the cockpit stops. The key, according to Aviation specialists is what happens before the data stops. If the cause for the crash was a catastrophic failure, there would still be conversation.

Theory No.2 – Crack in the plane

This theory was quickly dismissed, but it emerged nevertheless. Some experts believed that a crack in the body of the plane could cause the crash. The same plane was damaged according to experts 15 years ago on the airport in Cairo. Back then, during landing, the pilot tried to maneuver the trajectory of the plane and he raised the front part in a way that caused the tail to hit the runway. Such damage might go unnoticed by the tech support of the plane, and the plane could crash 10 years later.

Theory No.3 – The engine

Last, but not least, one theory suggests that a cause for the plane crash might be the engine. If there was an explosion in the turbine, the blades could get penetrate the winds and the body of the plane. Aviation experts confirmed for the newspaper Kommersant that the blades could storm off outside with huge speed.

Another Cold War on the horizon?

What is scary right now is that the plane crash could harm the relationship between the US and Russia. The communication was already strained after Russia decided to bomb the Islamic State Group in Syria, but things could get further complicated. According to a report, the Foreign Intelligence Service captured two CIA assets that Russia believes were the masterminds behind the terrorist attack.

A reporter on the Russian State television, Dmitry Kiselyov further contributed to the story and the conspiracy theory, suggesting that the United States have a deal in place with the Islamic State not to touch civilian aircraft coming from the Western Coalition. According to Kiselyov, “it was suspicious that after two years of U.S. air strikes against Islamic State, no American passenger planes have been targeted. And yet a Russian civilian aircraft was downed just 40 days into Russia’s military campaign in Syria”. He went on further to suggest that dividing terrorists into good and bad ones is a standard practice, and when terrorist groups are targeting Russia, they are considered good ones.

Russia shutting down flights in Egypt

Just few days after the crash in Egypt, Russian president Dmitri Medvedev consulted with other members of the government about a potential shut down of all flights in Egypt and other potentially dangerous countries. According to Medvedev, the first and primary goal of Russia is to secure safely passage for Russian tourists in Egypt. And that process won’t be easy, as both countries need to work together to make it happen.

Russian president, Vladimir Putin, on the other hand, signed a document for temporary shut-down for flights from Russia to Egypt. Sources say that the shut-down will be longer than many believe. According to sources to “Kommersant”, the shut-down will last few years, not one month or two months.

The Hit on Egypt’s Tourism

The biggest problem for Egypt is the tourist hit that the country will suffer due to the plane crash. Sharm el-Sheikh is the main tourist hub in Egypt, and this time of the year, tourists from Russia and UK swarm the place in search for warm beaches in the winter. However, all flights to the destination are suspended, and Egypt will probably suffer the harshest consequences.

13% of the country’s GDP come from tourism, which is about $36 billion. More than 12% of the jobs in the country are in the tourism section. Sharm el-Sheikh might not be the only destination that will suffer, as the confidence in safety and security in all destinations in Egypt is falling down. As some people in the tourism industry in Egypt say, the picture is getting grimmer with every passing minute.