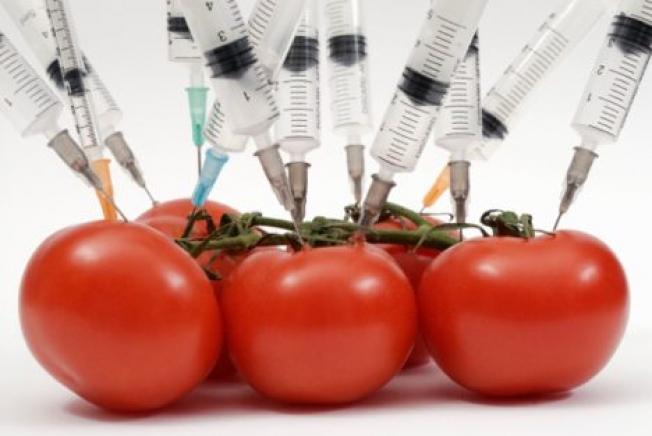 At the moment, there are at least 35 varieties of genetically engineered crops in the world today. All of them are registered with FDA and other organizations

Production of GMO foods started in the 1990s, or in 1996 more precisely. At the moment, there are at least 35 varieties of genetically engineered crops in the world today. All of them are registered with FDA and other organizations. GMO food is an organism whose genetics have been altered with the use of genetic engineering techniques. Some of the techniques involve mutation, deletion or insertion of genes. The United States are world leaders in GMO food production with more than 165 million acres for food production. According to latest statistics, 85% of all processed foods in the US contain some form of GMO food. With that in mind, we answer some of the most common and frequently asked questions regarding GMO food.

Why are GMO foods produced?

Like many other products, GMO food is produced because there is advantage for the producer or the consumer. The main result is products with lower price but greater value and benefit. Another reason for production of GMO food is crop protection. Crops have increased resistance against insects thanks to genetic engineering. Aside from resistance to insects, GMO food is known to be more resistant to viruses, insecticides, herbicides and much more.

What are the effects on our health?

The full effect of consuming GMO food is still unknown and there are countless of studies performed every year. There are both sides to every story, and such is the case with GMO foods as well. There are several independent studies that show side effects of consuming GMO food, mostly due to the chemical pesticides and herbicides that accompany the GMO food. But there are also studies that show no health risks. Additionally, it is hard for the FDA to track people who consume GMO food and those who consume organic food. The biggest issue is for manufacturers to label the source of the genes, which helps consumer identify potential allergens. GMO food can have a different impact on different people. Some are allergic to certain ingredients, some are not. That is why labeling is important.

Does GMO food affect the environment?

The difference between GE plants and non GE plants

There is a difference between plants that have been altered through natural hybridization and plants that go through genetic engineering. First of all, non GE plants crossbreed with the same species and the process happens naturally through pollination. However, gardeners have created hybrids through the years that help the hybridization process. In GE plants, those that result with GMO food, the crossbreed process does not happen naturally. The plants are altered with gens from other species or bacterium. In normal, natural conditions, those two genes would not mix.

Aside from the normal health concerns and questions, in the past years there have been many ethical considerations regarding GMO food. One example is vegetarians who might avoid eating veggies and fruits that have been altered with animal genes. Jews are another example, as they might be faced with the dilemma of eating products that contain pig genes.

The rights of the consumer

Consumers have a right to know whether the food they consume has been genetically engineered. In the past years, the battle is between consumers and manufacturers for the label of the products. While there is no strict law that enforces manufacturers to label the food, there is a feeling that more and more manufacturers understand the benefits of labeling. Consumers have been relentless in their approach for safety, asking governments across the world to require mandatory labeling.

According to some statistics, there are more than 100 products that have some form of GMO food. The first chain of GMO foods are plants such as soybean, cotton, corn and canola. They are then used and included in soups, sauces, syrups, mayonnaise, salad dressings, breads, cereals, snack foods, canola oil and much more. It is important to note that there is no loss of nutritional value.

Lifestyle
Café Pushkin - Where Espresso tastes like history
The café is the home for those who want to extend their nightly experience, but also for the morning people
10 Things worth knowing about Beer, the drink of our generation
A fun fact: beer is made from water, and in some regions around the world, the water is better suited for making bee
For wine lovers, Cricova in Moldova is their Mecca
The city is one of the most mysterious places in the world, a place that wine lovers could dream off. The city boasts th...
Coffee
Is It Good For You?