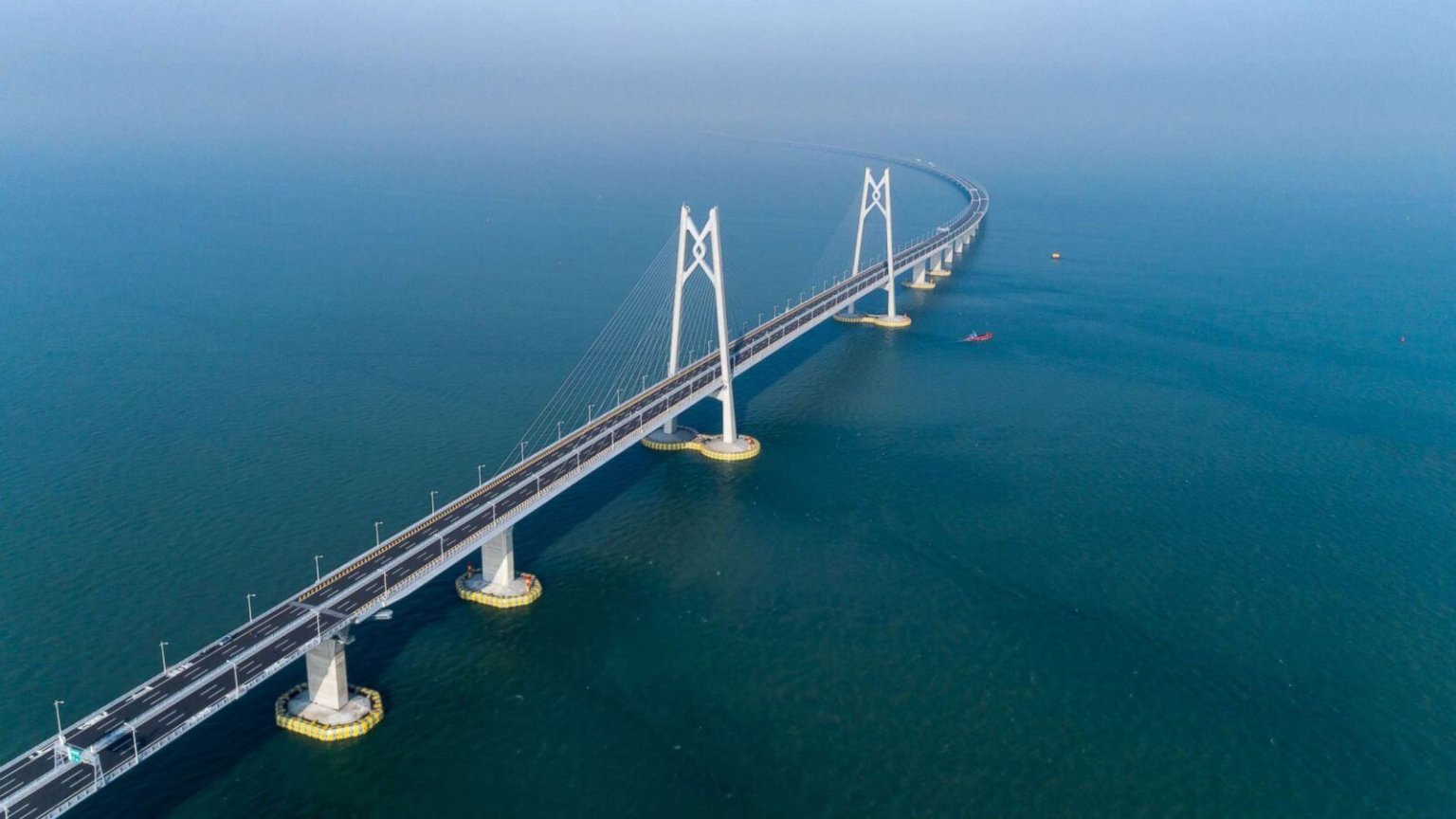 Designed to last 120 years, the price of the project reached almost $19 billion to build. The initial cost of construction was estimated at $7.56 billion. Originally, the bridge was set to be opened to traffic in late 2016

The Hong Kong Zhuhai Macau Bridge is a 55km (34miles) bridge-tunnel system consisting of a series of three cable-stayed bridges. It consists of an undersea tunnel, and four artificial islands. The bridge holds the record for the longest sea crossing and the longest open-sea fixed link in the world.

It spans the Lingding and Jiuzhou channels, connecting Hong Kong, Macau, and Zhuhai in the process. These are three major cities on the Pearl River Delta.

Designed to last 120 years, the price of the project reached almost $19 billion to build. The initial cost of construction was estimated at $7.56 billion. Originally, the bridge was set to be opened to traffic in late 2016.

But the structure was completed on February 6, 2018. Journalists were taken for a ride over the bridge. It was officially opened on October 24, 2018.

Mott MacDonald worked as the lead designer for a 9.4km viaduct at the Hong Kong end of the dual three-lane link with Macau and mainland China.

The bridge shortened the time for traveling between Hong Kong and Macau to only 45 minutes. However, that doesn’t include all the city driving. After nine years of construction, the Hong Kong Zhuhai Macau Bridge finally was opened to traffic.

Gordon Wu, the Hopewell Holdings founder and at the time managing director proposed the initial concept of a bridge-tunnel linking China, Macau, and Hong Kong in the 1980s. He got the idea from the Chesapeake Bay Bridge Tunnel in 1983. By 1988, he pitched the concept to Beijing and Guangdong officials.

In his original idea, he envisioned a link farther north than the current design. His initial idea was a beginning at Black Point near Tuen Mun.

Hong Kong’s government, on the other hand, showed reluctance. Media also questioned the environmental impact of the project, regarding traffic, marine life, and air pollution.

In December 2001, the Legislative Council of Hong Kong passed a motion urging the administration to develop the logistics industry for the project.

To coordinate the project, the coordination group was set up in 2003. Officials from three sides solved issues including landing points and alignments on the bridge.

In August 2008, the governments of Hong Kong, Guangdong, Macau, and China’s Central Government agreed to finance 42% of the cost. For the remaining 58% they decided to take loans from the Bank of China. 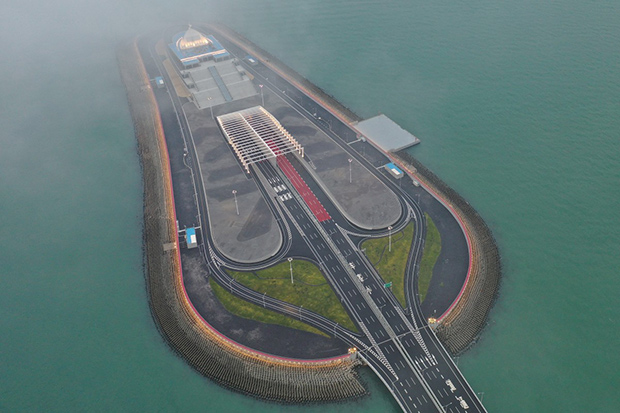 Construction began on December 15, 2009 on the Chinese side. The Hong Kong side started the construction in December 2011, because of a delay caused by legal challenge. The last bridge tower was erected on June 2, 2016.

The Main Bridge is the largest part of the project. It is a bridge-cum-tunnel system constructed by mainland Chinese authorities. The Main Bridge connects an artificial island for both mainland China and Macau in the west, and Hong Kong in the east.

The main section runs between two artificial islands. The viaduct crosses the Pearl River estuary with three cable-stayed bridges spanning between 900 and 1500 feet. This allows for shipping traffic to pass underneath.

One of the Most Expensive Projects Ever

We said before, the final cost of the project is almost $19 billion. There are delays and budget overruns. For example, the artificial island housing the Hong Kong Boundary Crossing Facilities was reported drifting duet to an unconventional method.

Mainland contractors also reportedly had difficulty constructing immersed tubes for their section of the project. By 2017, the project experienced a cost overrun of about 10 billion yuan, because of increased labor and material costs.

The number of deaths and injuries during the construction came under scrutiny in Hong Kong. Nine people died on the mainland side, and more than ten deaths were reported on the Hong Kong side of the construction project. There were between 200 and 600 injuries as well.

What Makes it Special

This bridge can withstand the effect of earthquakes and typhoons. It was built using 400,000 tons of steel, enough to build 60 Eiffel Towers.

About 30km of its total length crosses the sea of the Pearl River delta. To allow ships to pass through, a 6.7km section in the middle dips into an undersea tunnel running between two artificial islands.

The bridge was built as part of China’s plan to create a Greater Bay Area. This includes Hong Kong, Macau, and nine other cities in southern China. This area houses more than 68 million people.

In the past, traveling between Zhuhai and Hong Kong took more than four hours. The new bridge cuts the time down to 30 to 45 minutes.

Stretching for 42km, the bridge is the longest bridge and tunnel sea crossing in the world. That length is 20 times the length of San Francisco’s Golden Gate Bridge.

The bridge can withstand earthquake of up to 8.0 on the Richter scale and winds of up to 340km/h. It will last for more than 120 years.

Funny enough, it is still not the longest bridge in the world. It ranks at Number 6, behind four other Chinese bridges and one in Taiwan. Those are:

The Hong Kong Zhuhai Macau Bridge is an engineering marvel and Man-made Marvel. The Guardian ranks it as one of the seven wonders in the modern world. Many people didn’t believe the bridge could be created. But after 9 years of hard work, this world-class bridge saw the light of the day.