The Fascination of the Game 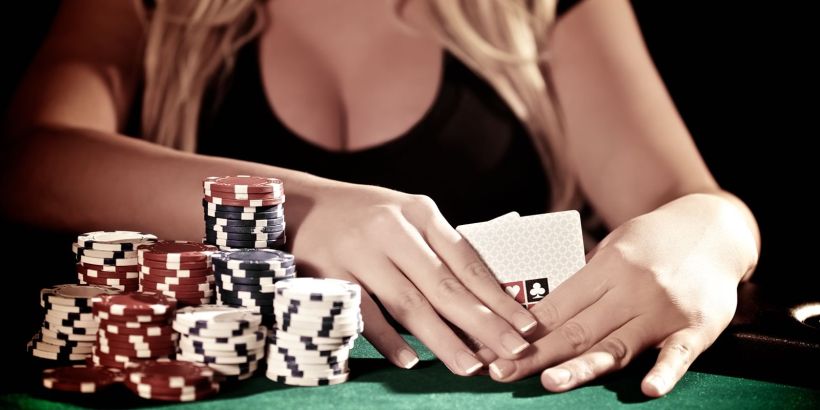 Poker is here to stay and as technology moves forward so the ways we enjoy the game changes and evolves.

Throughout early history poker was given the big bad outlaw reputation mainly because of the way that the gambling saloons were run in the wild west plus the poor reputation of the paddles steamers running games up and down the Mississippi with their card sharps and hustlers on board, but as they say 'bad publicity is better than no publicity at all' with poker remaining one of the most popular of card games in modern times.

Pop culture is also liberally sprinkled with the game, just take a few minutes to think of the movies have a poker scene like David Mamet's House of Cards or from Havana with Robert Redford, classics that contain scenes of poker.  Hollywood has exploited the supposed 'dark side' of poker, loansharking and problem gambling have all been used for movie material.

Films like Rounders which was released way back in 1998 did not bring in millions but its setting in underground card rooms in New York and the quality of the writing and subsequent acting raised it to cult status.  Rounders starred Ed Norton, Matt Damon, John Turturro and John Malkovich with screenplay by Brian Koppleman and David Levein.

Other films to include poker and gambling are: The Cincinnati Kid starring Steve McQueen.  Big Hand for Little Lady flew under the radar for a long time with Henry Fonda getting the itch to play in the high stakes game. It would be criminal to forget The Sting as the academy award winning movie is  probably one of the most famous pulling in nearly $160 million for a $5.5 million budget with Paul Newman and Robert Redford starring in the massive con.  California Split, Maverick, Lock, Stock and Two Smoking Barrels and High Roller: The Stu Ungar Story, Shade and of course Casino Royale released in 2006 and the third adaptation of Ian Fleming's novel, all are worth viewing time and if you can't get to see them at the movies think about watching via your mobile device, they are well worth some allocated viewing time.

As we mentioned earlier poker has remained one of the most popular card games, whether it is being watched or played poker is a versatile game making the transition from the big screen to our mobile screen easily as technology has advanced these last few years, and if poker appeals to you then there are some first-class sites offering poker and its variations such as Texas Hold'em for you to enjoy.

Sites like www.fruityking.co.uk offer plenty of choice in an environment that is safe and secure, plus they offer great bonuses and promotional offers to entice you back to their superior site time again.  If you already play at an online casino you will find you do not have to create an new password or even give a different payment method as you can use your existing ones to access your mobile casino site.

As mobile use increases so do the amount of apps that are offered, now we can even watch the movie then try our hand at a game of poker enjoying all the action without leaving the comfort of home.  Of course if you happen to feel like a game whilst you are on the move then that is easy too as long as you have an internet connection.  Poker is here to stay and as technology moves forward so the ways we enjoy the game changes and evolves.

Gambling
The Live Casino Experience
One thing that online casinos have struggled to replicate is the excitement and glamour of the “real” casino experie...
Getting the Most Out of Your Mobile
The gambling industry has broadened its horizons and as the blossoming of virtual gambling sites continues the pleasure ...
Best Vegas Poker Documentaries
Here are four of the very best documentaries focusing on individuals and their remarkable tales from the Vegas cardrooms.
Roulette: The History of The Game
Roulette has a rich history going back hundreds of years which is difficult to summarize in one article. But here we go.