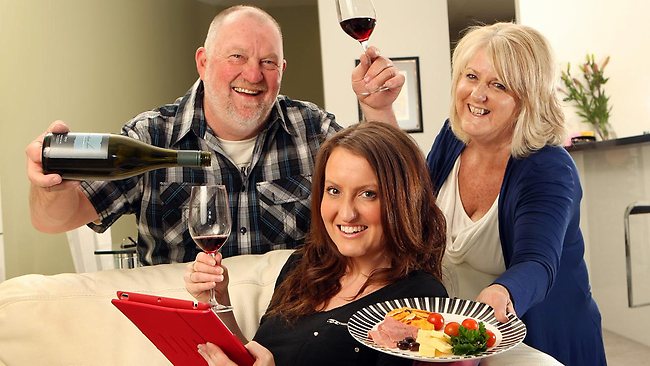 Some of their characteristics are team-orientation, hanging together to socialize and date, working well in groups and rarely preferring individual endeavors. They expect structure at the workplace, acknowledge respect to position and titles, and want a relationship with their boss

According to data and statistics, there are around 75 million people in the world, called the Boomerang Generation or the Millennial Generation. The members of the so called “lost generation” were born between 1977 and 1998.

These 75 million people are raised in the most child-centric time in the history of mankind, as most of them come back home to live with their parents, even after they’ve graduated from University and started working.

Called Millennials, they have one thing in common as they are all new to the professional workplace. Some of their characteristics are team-orientation, hanging together to socialize and date, working well in groups and rarely preferring individual endeavors. They expect structure at the workplace, acknowledge respect to position and titles, and want a relationship with their boss.

- Generation X is pragmatic and practical, while the Boomerang Generation is optimistic and realistic

- Generation X relies on themselves, and they are individualistic, while the Millennials are self-inventive

- The older generation rejects rules, while the Millennials rewrite the rules

- For Millennials, friends are considered family, which is not the case for members of the Generation X

Going further into differences, the root of all differences is the world the generation grew up. Generation X is strong on the premise they do not need someone looking over their shoulder which shows their adaptability, independence and resilience. On the other hand, Millennials are constantly expecting feedback, and loves giving feedback to others as well.

Another key area where the two generations are different is their view on job security, or better said job insecurity for Generation X. Many of the members of the Generation X entered the workplace in the early 80s, or the period when the economy was in downtown. Therefore, they have commitment and loyalty to the work, not to the company. For example, Generation X members do not complain about their bosses and management, they send their resume to other companies and find the best they can do. Millennials, on the other hand, are loyal to their company and the boss, but can complain about management for days.

Let’s take a look at some of the numbers regarding the Boomerang generation from a research in 2012.

- One third of the boomerang generation still lives with their parents, and 78% of them say they’re satisfied with the living arrangements. Asked about their future finances, 77% of them say they are upbeat

- Half of boomerang children pay rent to their parents, and 89% say they help with household expenses

- The problem is surely to be located in finances, as 78% of young adults say they don’t have money for the life they want to have

- The boomerang generation has become a widespread phenomenon, as 61% say they have a friend who lives in the same environment as them

Millennials are the most educated generation, and they are as closely linked to technology as ever. No other generation is linked to technology as much as the boomerang generation. In the same time, the Millennial generation is the first that broke the premise that a college degree guarantees you a decent life and job security. An interesting and unique aspect is that Millennials are more technologically advanced and educated than their bosses. So, do they want to change the world?

Of course, but they do it in a different way. A study in US showed that 84% of young people understand better society as their duty. But they do that different than their older generation and counterpart. The problem is that they work within the frame of the society, and three quarters of Millennials think that the government should solve society problems (something that was not the case during the hippie movement). They express their opinions on social media, but they rarely take action.

A study in Britain showed that many debt-ridden parents are at risk to fall into deeper troubles because of their children staying at home. The study shows that one third of parents that are already in debt, were forced to take another loan just so they can cover the costs of housing and feeding grown-up children. The research suggests that while the boomerang generation is living the life, they are unknowingly pushing their parents into greater and bigger debts.

The situation is getting out of control to the point that debt organizations are suggesting that parents should start asking their children for rent and money for bills. The worst part, according to financial experts is that grown-up children are completely unaware of the problems they are causing for their parents.

The British study shows that almost 75% of parents with children over 18 have at least one child in the house. And only one third of them charge rent for their children. Many of the parents feel guilty and uncomfortable to ask for money, and even those who ask, ask for as low as £150, despite the typical and standard rate in the UK is £750.

The American Presidential campaign is at full steam, and the poles say the following: Bernie Sanders and Donald Trump are the favorites among people under 35 years old.

According to preliminary results in the Democratic party, 46% of Millennials would vote for Bernie Sanders, and only 35% would vote for Hillary Clinton.

In the Republican party, the results show Trump has the support of 26% of the young adults, followed by Ben Carson (11%).

Are Parents to Blame?

One of the reasons Millennials act as they do, is because of their parents. The problem is that parents nowadays treat their children as pampered teens. With that, the parents are sending a subliminal message to their children that reads “We don’t think you can do it on your own, so we will help you”.

Many parents find it painful to recognize the imperative, which is “younger generations should manage without parents”. Many of the life lessons must and should be learned alone. Another subliminal message that parents are sending to young adults is that there will always be time to break up with a partner and/or employer, find a new job and partner, and get another degree. This has to stop in order for young adults to move forward.

Personal Triumphs
Meet Betty Cohen – The Woman who made the 90’s Awesome
Betty Cohen founded Cartoon Network in 1992, and she brought some of our favorite cartoons to life
Huaxi – Secrets of the Richest Village in China
From the outside, Huaxi is dubbed as a socialist village. But on the inside, it is actually a capitalist corporation, m...
Five Famous Streets you should Visit
Not all streets are created equal. Some are more beautiful, some serve as a history lesson, and others are just stunning
Airbus A350-1000: 335 million euros worth plane takes its first flight
The aircraft took its first flight from Toulouse-Bagnac Airport at 10:42 am local time