Slow Loris and Five other Land Mammals You Haven't Heard Of 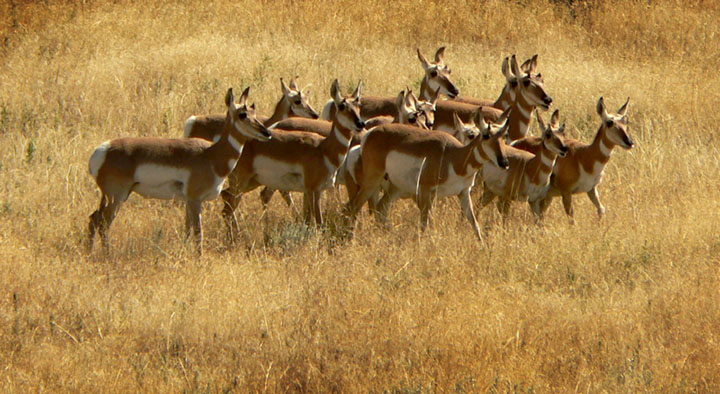 Some of them are vulnerable, some are close to extinction, and some are common in the wild life

Beaver, deer, fox, hedgehog, mouse, otter, bear, squirrel, boar, weasel, and the list can go on. When the word “land mammals” is mentioned, most people think to some of the common mammals. The sad part is there are countless more land mammals that are becoming under appreciated. Some of them are vulnerable, some are close to extinction, and some are common in the wild life. Here are some land mammals most people haven’t heard of due to different reasons. Educate yourself and appreciate the wild life.

Slow lorises are actually becoming very popular pets, especially in the world of celebrities and Hollywood. Their cuteness cannot be ignored, and their small size makes them ideal pets for celebrities that want something different than a dog. Found in Southeast Asia, slow lorises are primates with a round head, narrow snout, distinctive color and large eyes. Their coloration can vary from one species to another, with eight different species now recognized. The unique aspect of their body is the fact that their legs and arms are equal in length, with a long trunk that allows lorises to twist around.

Their hands, on the other hand, can adapt depending on the area they live so the mammal can feed on nearby branches. However, even though they have become popular pets due to their cuteness, it is important to know that their bite is toxic, a rare trait among mammals. They move very rarely, and when they are in danger, slow lorises stop moving. Another interesting fact is that the toxin is also applied to their fur during grooming period, which is one way to protect their infants. Slow lorises are omnivores, meaning that they eat vegetation and small animals.

The caracal is a medium sized wild cat that has long tufted ears. Because of the long ears, caracal is often mistaken and confused with the lynx, but there are differences between the two. One difference, however is the color. While lynxes are spotted and blotched, the caracal has no markings on the coat. The African golden cat has also some similarities in the build with the caracal but has no ear tufts and has darker skin color.

Caracals are nocturnal animals (living and being active mostly during the night), making them difficult for observation. Another challenge is their lifestyle, as they are territorial and solitary animals that live in groups only when the mother takes care of her offspring. In most cases, however, caracal cats live alone or in pairs.

Caracals are carnivore mammals, preying on small animals like birds, small mammals and rodents, stalking their prey up to the moment they are approximately 16ft of their prey, at which point they leap and capture the prey.

Adults can average up to 11 inches in length and 1 pound in weight. The black and rufous elephant shrew is natie to Kenya. Unlike other mammals, the elephant shrew feeds on insects like ants, spiders, and beetles.

The Scimitar Oryx is a land mammal that is extinct in the wildlife, and at the moment it lives in only select few zoos in the world. Some zoos where the Scimitar Oryx can be found include the Dublin, Chester and Sydney Zoo.

The spiral-horned antelope was discovered first in 1816, and since then has been in downfall in population. Before they were extinct, herds of scimitar oryx could go up to 70 members, guided by bulls and inhabiting deserts and semi-deserts. Scimitars could live in extreme situations without water and high heat due to their cooling mechanism. They feed on grass, succulent plants, and foliage. Once widespread in northern Africa, the scimitar oryx is now only visible in zoos. The gestation process takes up to 9 months, and after that, one calf is born. The decline of the scimitar oryx began due to climate change. However, it was the human factor that contributed to extinction, as the scimitar oryx was hunted for its horns. Aside from zoos, the mammal can be found in special reserves in Morocco, Senegal and Tunisia.

In Ancient Egypt, the mammal was used as sacrificial animal for gods, while in Ancient Rome, the scimitar oryx was popular animal bred by wealthy people.

Tamanduas are anteaters that can be divided in two sub-species, southern and northern tamadua. Living in forests and grasslands, tamanduas relly on their sense for smell and hearing to locate and hunt prey. They have limited vision due to their small eyes. When kept in captivity, tamandua feeds on fruits and meat. In the wildlife, however, they feed on beetles, insect larvae and bees.

They are nocturnal mammals, living and being active during the night, at which time they secret away in hollow tree trunks. Another interesting aspect of their lifestyle is their gallop, which is very slow, compared to the giant anteater, their relative. Tamanduas, on the other hand, move rather awkwardly when they are on the ground. That isn’t much of a problem, given the fact they spend half of their active life on treetops. 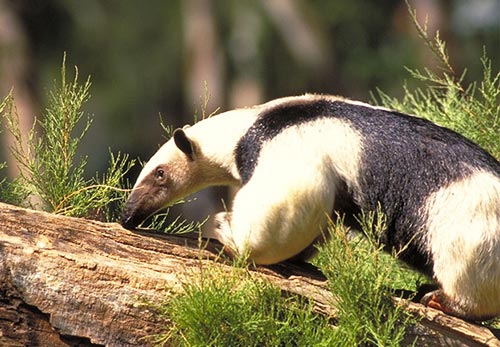 The tamandua is a rather common mammal, and in no danger of becoming vulnerable.

Most of the saiga antelopes live in Mongolia, but they can also be found in North America, Kazakhstan and Russia.

The problem with the saiga antelope is human factor, as the animal was being extensively hunted down for its horn. The horn is used in Chinese medicine, and the price for one horn can go as high as $150. In 2014, Chinese customs found illegal cases to be smuggled into the country, containing more than 2,000 saiga antelope horns. The horns, at that point, were estimated to be worth $4,500 apiece.