Russia wants to conquer the moon by 2029, is it possible? 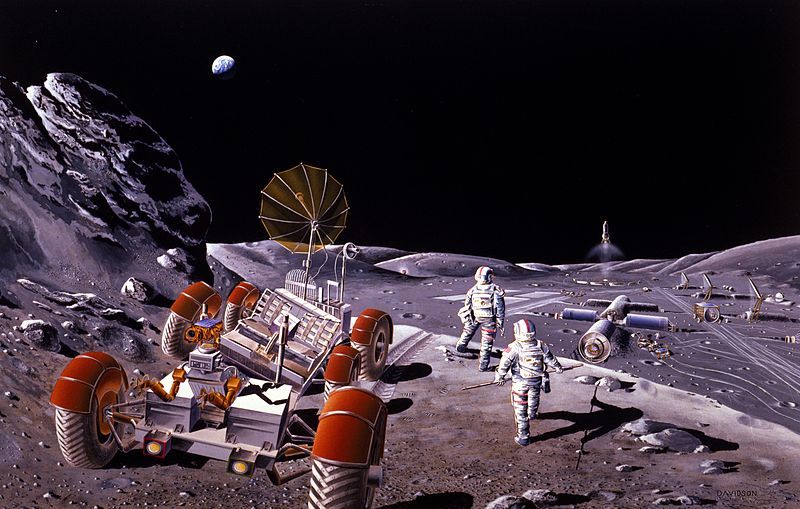 Russia might have lost the battle for the first Moon race, but now they are aiming for something more, life on the Moon

In the search of new natural resources, Russian science division is turning towards the Moon, the only Earth’s satellite.

Why Russia Lost the Moon Race

Back in the 1960s, one could only assume that Russia will win the Space Race and put a person on the Moon before the US. Russia was winning battle after battle, having the first satellite into space, the first animal, the first human into space (Yuri Gagarin). They even had Gagarin orbit the Earth. However, just when everyone thought that Russians will also send the first astronaut to the Moon, they had their whole strategy crash down.

In July 1969, Apollo 11 landed on the moon, with astronauts Neil Armstrong, Michael Collins and Buzz Aldrin. The main difference between the American and the Russian strategy was the use of the rocket. Americans used Saturn V a rocket that had five enormous engines. The N1 rocket that the Russians planned to use had 30 little engines, 24 of which formed a ring outside Block 1. The first 24 engines were supposed to get the rocket through the first stage, while six others were placed in the center to provide roll control. When you think about it, the Russians had a nice idea, if one of the engines was good, strapping them together is even better. And that is where the idea went horribly wrong.

The Soviet system used for N1 was known for poor quality work. What happened is a domino effect. Put it this way, placing thirty little engines next to each other can sometimes lead to domino effect if one of them fails. And that happened four times. Russians tried four different test launches, and every time, the effect was the same, a massive explosion.

Russia might have lost the battle for the first Moon race, but now they are aiming for something more, life on the Moon. The initial plan is for Russian astronauts to land on the Moon in 2029. According to the director of the rocket-cosmic corporation “Energy”, Russian scientists are working on a development of a new spaceship that will be made out of special material designed for lunar missions.

The first flight of the new spaceship is scheduled for 2021, and depending how the flight goes, Russian scientists will take it from there. Russia is also planning to land “Luna 25” at the south side of the Moon, instead on the equator. Previously, all landing on the Moon by Russian spaceships were at the equator.

The goal of the mission is to explore the inner structure of the Moon and the effects of cosmic rays and magnetic fields at the surface. The search for new natural resources is a bonus.

Extracting Rocket Fuel from the Moon

Russian scientists are hoping that in near future, they will be able to get hydrogen rocket fuel, oxygen and water from the moon. It sound optimistic, but the Russians are determined to extract resources from the Moon. To achieve that, a team of Russian scientists is studying lunar ice. The Russians have also send space robot Lend to explore moon poles with large reserves of ice.

According to initial data and studies, the moon has enough hydrogen to allow for production of rocket fuel. As well as rocket fuel, Russian scientists believe they can also extract oxygen and water from the lunar ice.

With the first base on the Moon scheduled for 2029, the Russians believe they start extracting and process rocket fuel by 2035. According to the scientists, the Moon will be the next planet that we will conquer and use its resources.

Aside from extracting resources, the Russian mission on the Moon has other benefits. The station will be able to provide the International Space Station with fuel, oxygen and water, which will help scientists move further into space.

Luna-25, the spacecraft designed for the mission is scheduled to land on the south pole of the Moon by 2018. After Luna-25, Russia will bring another lunar robot in 2020 or 2021 and try to bring back piece of lunar ice to the Earth. Russian scientists will then study the lunar ice and fly back to the moon in the beginning of the 2030s, after which a processing plan will start.

Russia aims for the Moon, USA for Mars

Russians, on the other hand, are still focused on the Moon and its potential. While the Americans were happy just to set foot on the Moon, Russians are seeing potential for something more. Russian federal space agency Roscosmos is sending an expedition to examine potential locations for a base on the Moon.

Aside from Russia, the European space agency is also planning colonization of the Moon by sending expeditions searching for bases.

Some experts believe that the US strategy in trying to land on Mars is all wrong, and the NASA should focus on exploring the Moon more, and set up a base there, before aiming for Mars. Others, on the other hand, are confident that the Americans can get to Mars, and that going back to the Moon would be regressing.