Queens of Syria - The Story Behind Syria Female Refugees 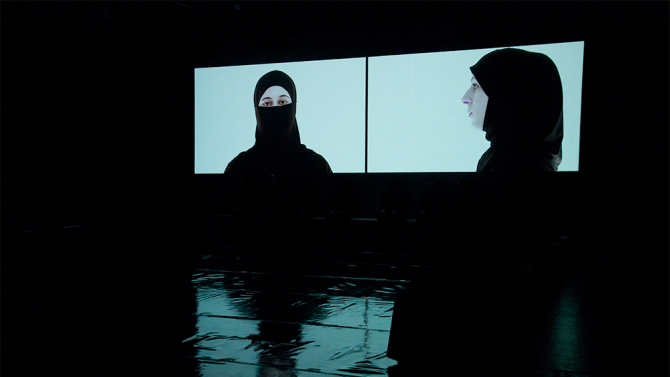 Since the Civil War in Syria started, more than four million people have fled the country in the hope for better tomorrow. The number increased since 2013, when people rapidly started leaving Syria. Since 2013, more than 1 million people are classified as Syrian refugees, and that number doesn’t show the whole story. There are much more unofficial refugees. In Jordan, a group of filmmakers and producers decided to tell the story of the women from Syria, or the stories of female Syrian refugees. The documentary, that was published in 2014, bears the name Queens of Syria, and tells the story of the suffering that women endure. For the director Yasmin Fedda, the most important thing was to show that the women are just normal people, and to show the “lightness in the darkness”. Here are some of their stories.

The most powerful message in the documentary is delivered by Suad, a young women who fled from Syria to Jordan. She delivers the powerful “I have a scream I have to let out – I want the world to hear it.”

Another woman speaks of an incident in which 15 masked and armed men burst into her home and threatened her at gunpoint. The problem was her brother refused to join the men, so they had to “change his opinion”. The woman continues, saying that later she heard her brother was found dead.

Among the last women in the movie, one older woman recites in unison, “I have reached the end of my sorrows. This surely is the last, the utmost limit this, of all my sorrows.”  It is a sorrow that lingers, and stays within you for a while.

The Background of the Project

The project was initiative by a British couple, Charlotte Eager and William Stirling, both of which are film-makers. The initial working title of the movie was linked with the city of Troy, an ancient Greek city. The couple believed that there are potential parallels between real-life modern tragedies and Ancient Greeks. They choose award-wining filmmaker Yasmin Fedda to be the director, and surrounded her with a cast including Syrian theater director Omar Abu Saada and Nanda Mohammad, a soap opera star. The idea was to assemble a cast crew that had close ties with Syria and could connect with the female refugees.

The director, Fedda was quickly interested and convicted for the project, saying that the process was extremely important from what she witnessed. To be able to share, and to feel other people caring for you is what appealed and attracted her for the project.

The film crew also made a shorter version of the documentary, a cut for BBC Arabic, trying to further reach the people who can and should help.

One of the biggest challenges for the film crew to reduce the fear women were feeling. Women participating in the project were fearing for the safety of their loves ones that were still trapped in Syria. They feared that if they say something against the regime or against some particular group, there could be repercussions.

And the fear was embedded deep inside that sometimes it was not easy to say “I am scared because this or that might happen”.

From the get go, it is clear that women were afraid because they grew up in a dictatorship installing fear. However, one of the beautiful things about “Queens of Syria” is that as the movie goes on, you notice that fear begins to slip. In the early scenes, women are nervous, they ask for their faces to be covered or blurred. But as the movie goes on, they are more and more courageous to stand in front of a camera.

In the Words of the Director, Yasmin Fedda

The director of the documentary if Yasmin Fedda, a rather young director with only two previous short documentaries before Queens of Syria. Yasmin directed “Breadmakers”, and “A Tale of Two Syrias” before jumping on the Queens of Syria project in 2014.

The concept of the movie was Syrian Trojan Woman with refugees. From the very first moment, Fedda was inspired, but she didn’t know how they were going to film the movie, how many women would participate and what would happen. From 60 women that applied for the movie, 25 were selected, and producers went to their houses, community centers and everywhere else to convince people to join.

Fedda admits that there were stories that they didn’t put in the end movie, as there were people who didn’t want to say everything in front of a camera. Media exposure is a big problem for people in Syria, refugees especially.

As in every case, Fedda says that there are two fractions, some of the women were pro-regime, while others were militaristic. In the end, Fedda and everyone else participating in the movie expect that they will manage to reach out to people, to forge that human connection and the Western World will feel empathy for Syrian refugees and people.

Political
Buzludzha Monument – Abandoned UFO Cold War Monument
The cost of the building process was 14,186,000 leva, which equals to $35 million in today’s rates. The monument was ...
Civil Rights History: Six women you need to know of
Martin Luther King Jr. might be the first synonym for civil rights, but there were some extraordinary women in the movem...
Top 7 Cruelest Rape Punishments
More than 10 countries around the world punish rape by death
Seven People who should have won Nobel Peace Prize, but didn't
Chemistry, Physiology, Literature, Physics, and Peace are the five Nobel, but the Peace is the most coveted, the most si...