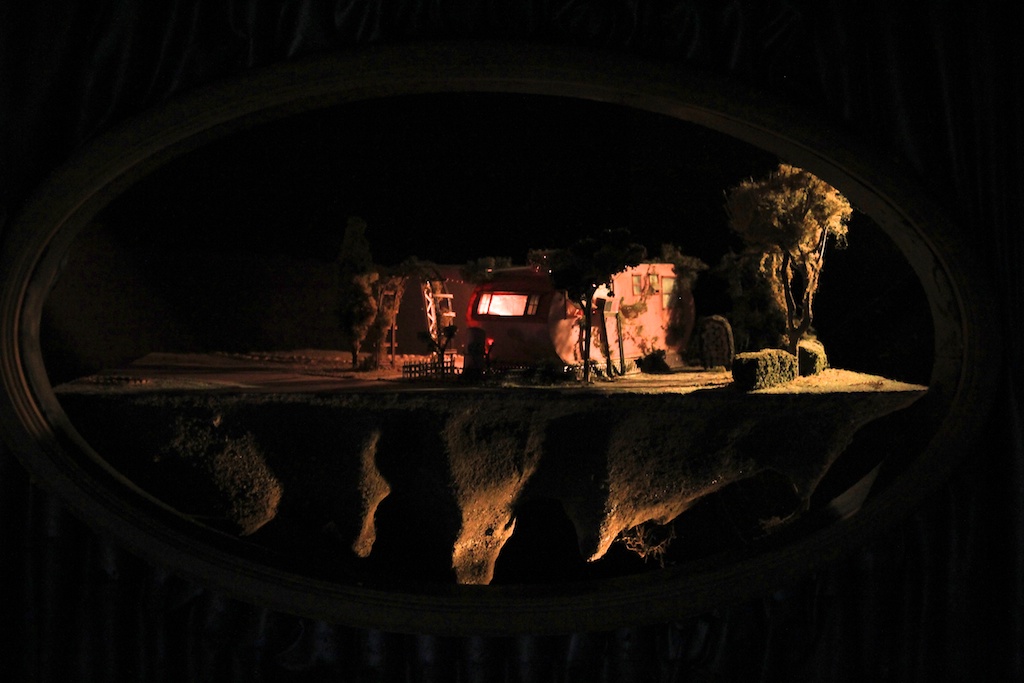 Offering splendid, puzzling and unique treasures, the museum is a carnival of delights and ideas

In a New York Times article, the Museum of Jurassic technology was described as “museum about museums”, which might be the best description for one of the strangest museums in Los Angeles, and in the world. One of the first questions people ask when they walk into the museum is “What kind of a place is this”? The Smithsonian, for example, describes the museum as “witty and self-conscious homage to private museums of yore”. The museum actually is a chronicle of past events.

The website of the museum, starts with the message “guided along as it were a chain of flowers into the mysteries of life”. The meaning of the message is simple, walk around and explore all the mysteries life has. The official description by the museum’s website is that the Museum of Jurassic technology serves two primary functions. The first one is “providing academic community with a specialized repository of relics and artifacts from the Lower Jurassic, with an emphasis on technological and curious qualities”. The second function is to serve the general public, and provide all visitors with a “hands on experience of Life in the Jurassic”.

From the Director’s point of view

David Wilson is the founder and the director of the museum, and he likes visitors to feel comforting, and unsettling at the same time. This is the main goal of the museum, making you feel comfortable while you walk the exhibits, but also be disturbed by the lack of knowledge and the astonishing examples in the museum.

Wilson began his career in the entertainment business, a career that helped him popularize the museum to unbelievable heights. He got the name for the museum when he picked his wife Diana, and passed her a note on which he has scribbled “museum of Jurassic technology”. That was back in 1984, and for the first few years, up until 1988, his museum was actually a “traveling collection of cultural curiosities”.

It was in 1988 that Wilson finally decided to make the museum static, and found a place in West Los Angeles. Today, the museum spreads across 12,000 square foot building.

Wilson found the inspiration for the museum as a young child, when he was amazed by gems and minerals in museums alike. His explanation is simple, gems and minerals display hidden and miraculous beauty in the potential chaos of creation.

He is well aware that not everyone likes his museum. Some people want to see more than a “confusing hall” when they enter a museum. Some people thing that the museum shouldn’t be doing what it is doing. Wilson, responds sarcastically to these reports, saying that some people “enjoy learning nothing at a museum”. His modus operandi is that people who visit the museum should learn something more, and take home what they’ve learned.

But probably the strangest thing about the museum is the name itself. When asked, the director replies that names are “funny things”, and for the Museum of Jurassic Technology, the name doesn’t matter all that much. What is important is that the museum inspires a pursuit of something beautiful in a world of constant chaos. Let’s take a look at some of the exhibits of the museum, which will make you understand and grasp the concept better. Every year, the museum takes a new grand project, and last year that project was “bestiaries”, a descriptive or anecdotal treatise on various real or mythical kinds of animals, especially a medieval work with a moralizing tone.

Some of the exhibits you can see at the Museum of Jurassic Technology includes: the delani, tell the bees: belief, knowledge and hypersymbolic cognition, Garden of Eden on wheels: collections from Los Angeles area mobile home parks, the Napoleon Library, the rotten luck: the decaying dive of Ricky Jay, lives of perfect creatures: dogs of the Soviet Union Space program, floral radiographs of Albert G Richards, eye of the needle: the unique world of micominiatures of Hagop Sandaldjian, and many more.

Over the years, the museum has expanded the public offerings and exhibitions, and one of the most funny was in 2005, when the museum opened the Tula Tea Room, a Russian style tea room where visitors got were served Georgian tea. The room is actually a mini reconstruction of the room Tsar Nicolas II had in his Winter Palace.

Every year, more than 25,000 visitors come to the museum.