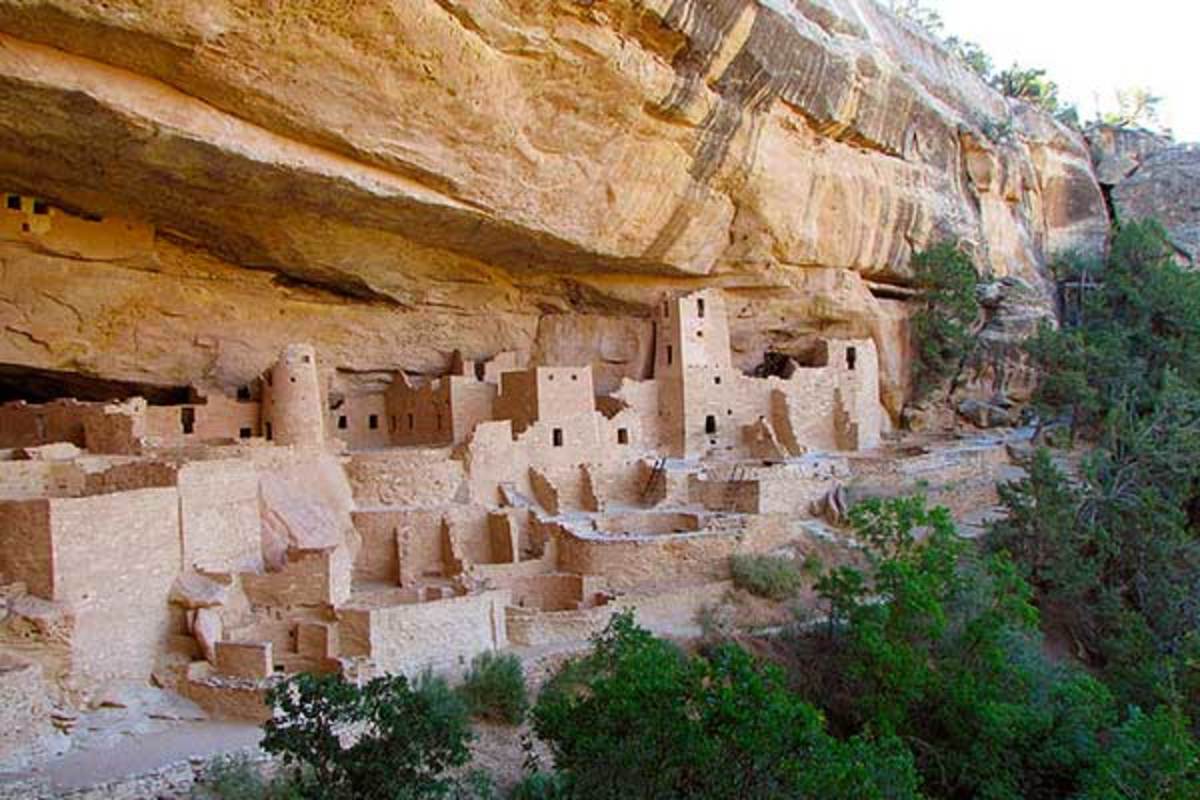 Located in Montezuma County, Colorado, the park protects some of the best Ancestral Puebloan archeological sites in the United States. Its fascinating collection contains more than 600 ancient clifftop dwellings

Mesa Verde National Park is a UNESCO World Heritage Site. What makes it unique is the content it protects. Unlike all other national parks in the United States it protects cultural and historical sites, not natural features.

Located in Montezuma County, Colorado, the park protects some of the best Ancestral Puebloan archeological sites in the United States. Its fascinating collection contains more than 600 ancient clifftop dwellings. The most famous one is the Cliff Palace, built into an enormous sandstone alcove.

The Cliff Palace is the largest of its kind in North America. And unlike other dwellings in the area, it contains more than 150 rooms and 23 sacred kivas.

Theodore Roosevelt established the national park in 1906 with the help of the Congress. It occupies 52,485 acres near the Four Corners region of the American Southwest. There are more than 5,000 sites and 600 cliff dwellings in the area. This makes it the largest archeological preserve in the United States.

The term Mesa Verde stands for Green Table in Spanish. It is popular for its Cliff Palace and similar cliff dwellings.

The oldest remains of the site date back to 7500 BC. At the time, it was seasonally inhabited by a group of nomadic Paleo-Indians. They were under huge influence from the surrounding areas, including the Rio Grande Valley, Great Basin, and the San Juan Basin.

Later on, Archaic people established semi-permanent rock shelters in and around the mesa. What followed was the Basketmaker culture.

But the area reached its height during the Puebloans era. They developed from the Basketmaker culture. Most of the dwellings we can see nowadays date to the Puebloans area.

The citizens of Mesa Verde survived using a combination of hunting, gathering, and subsistence farming of crops. They built the first pueblos buildings after 650. By the end of the 12th century, they started constructing massive cliff dwellings. 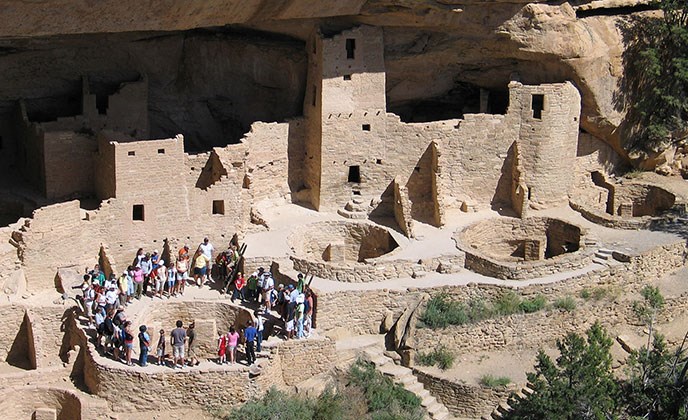 By 1285, the local population left the area after a series of prolonged droughts. They moved south to locations in Arizona and New Mexico.

There were three Pueblo periods, I, II, and III. This is the period of cultural achievement and height of the Mesa Verdeans. Let’s talk about some of their legacy and significance.

Starting from their military significance, the citizens here built numerous stone masonry towers that served as defensive structures. They incorporated hidden tunnels connecting the towers to their associated kiva.

For their warfare activities, they used the same tools as for their hunting. That included bows and arros, as well as wooden clubs and spears.

In terms of architecture, the area is known for the cliff dwellings. These are houses built in alcoves or rock overhands along the canyon walls. The structures are mostly made of blocks or hard sandstone. They were then held together and plastered with adobe mortar.

The buildings were unique in the individual topography of different alcoves along the canyon walls. These buildings reflected a trend in the region toward the aggregation of growing populations into close and defensible quarters during the 13th century.

Their buildings were built with stone and the windows faced south. They built them in E, U, and L shapes. Located closely together, they reflected deepening religious celebration.

People in Mesa Verde used astronomical observations to plan their farming and religious ceremonies. They built great houses aligned to the cardinal directions. That helped them position windows, doors, and walls along the path of the sun. This way the rays would indicate the passing of seasons.

Their temple was built in D shape and alignment of 10.7 degrees off true east-west. Judging by the location and orientation of the temple, we can safely say that Mesa Verdeans understood the cycles of both the sun and the moon.

Last, but not least, in agriculture, they practiced dry farming. Mesa Verdeans relied on rain to water their crops. Yet, some of them used runoffs, springs, seeps, and natural collection pools. Prior to the 13th century, springs and sources of water were shared public resources. But after that, they privatized water supplies and limited to members of surrounding community.