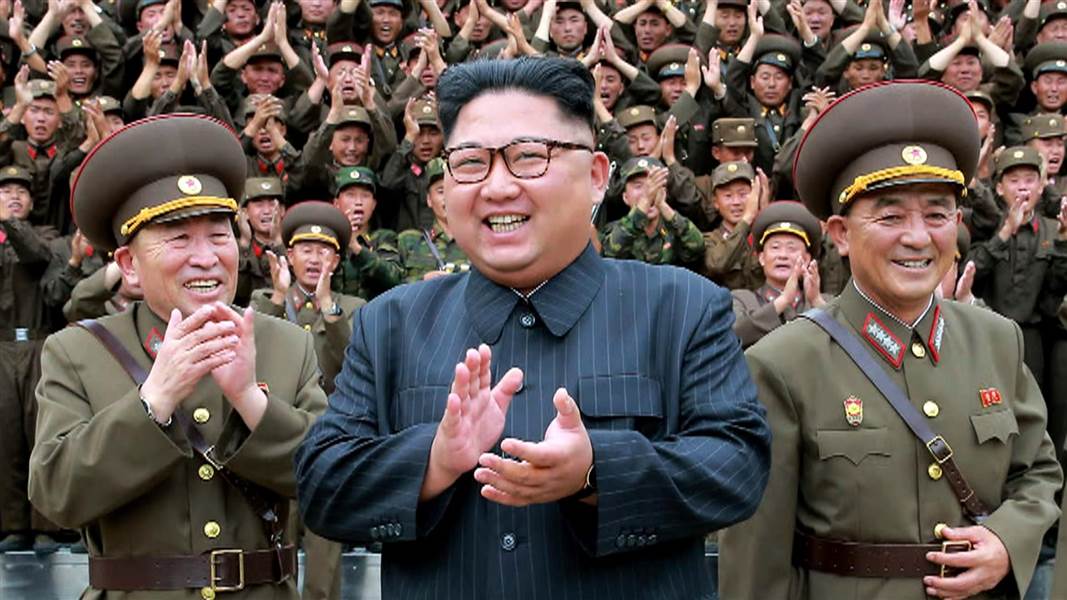 It is always unclear and a mystery what will North Korea do, and how other countries will respond

North Korea is again in the news, mostly because Donald Trump is insane. Trump and his policy could trigger another war. North Korea went as far as saying that a US naval blockade would be considered “declaration of war”. It is always unclear and a mystery what will North Korea do, and how other countries will respond. With that in mind, here are some little known facts about the Hermit Kingdom.

World War II left devastating effects worldwide. But it seems in North Korea, the effects were a bit different than elsewhere. They were manifested in terms of height. North Koreans born after the Korean war of the 1950s (an aftermath of World War II) are 2 inches shorter than South Koreans born in the same period.

North Korea has its own time zone

While most of the world functions by the Greenwich time, North Korea has its own time and time zone. The time zone is called Pyongyang Time. The country started measuring time by Pyongyang time in 2015. The time is 30 minutes behind South Korea and Japan.

The country started using the time on August 15, 2015, in celebration of the 70th anniversary of the liberation from Japan. Before the Japanese rule, the Pyongyang time was actually used.

King Jong Un is widely considered one of the worst dictators. North Korea is considered a dictatorship regime. One great example is his haircut. According to some sources, authorities in the country issued an order requiring men to keep their hair no longer than 2cm and model their hairstyle on Kim Jong Un.

Women, on the other hand, must abide by one of the 28 approved haircuts. For example, unmarried women must have shot hair. Married women have more options, but they are generally required to keep their hair at a bob length.

Many citizens in prison

According to some estimates by South Korean government and Human Rights Watch, there are between 150,000 and 200,000 North Koreans in prison camps. They are surrounded by electrified fencing. The worst camps are designed for those who commit political crimes. Some offenders even have their entire family imprisoned with them. More than a third of prisoners (close to 40%) die from malnutrition while doing mining, agricultural work, and logging.

The cost of $8,000 is higher than what North Koreans had to pay in previous years. But the price went up as Kim Jong Un took power. The $8,000 cost to get to China is far more than what the average worker in North Korea earns. The GDP is estimated to be $1,800 in 2014.

A drink 500 times the income

The father of Kim Jong Un, Kim Jon II drank an expensive cognac through the year. He spent about $900,000 on Hennessy each year. He died in 2011. The price of the cognac is more than 500 times than what the average worker earns per year.

Military on the border

The border between South Korea and North Korea is one of the most militarized in the world. There is a reason why Donald Trump recently declined to come close to the border during his Asia trip. Pyongyang has more than 1.2 million military personnel at the border. South Korea has close to 700,000 troops at the border, and there are also close to 30,000 US troops. In addition, North Korea has 6 million citizens as reservists in the worker/peasant guard.

Less than 3% of roads are paved

North Korea has roads that could circle Pluto 3 ½ times. However, only 3% of those roads are paved. In total, there are 25,554km of roads in North Korea, out of which only 724km are paved. That is less than 3%, and the paved roads are enough to cover only the distance from Cleveland to New York.

Where does the income come from?

The regime in North Korea gets much of its income by exporting to Japan and elsewhere. The regime exports counterfeit pharmaceuticals (Viagra for example), narcotics (methamphetamine), counterfeit cigarettes and fake $100 US bills. They also sell small arms and missile parts.

One of the reasons why North Korea is called a dictatorship regime is the fact the country has a network of informant. Their job is to monitor and report to authorities fellow citizens they suspect of criminal or subversive behavior. For example, unauthorized access to non-state radio or TV broadcast is severely punished.

Military/War
Viking Wartime Strategies – How they Terrorized Europe for Three Centuries
The term Viking Age refers to the period from the 790s to the late 11th century in Europe. During this period, Viking ac...
The Burning Man Festival – What does it Teach us About Life?
Burning Man is one of the more unique summer festivals. It is an event focused on community, art, self-expression, and s...
Kuril Islands Dispute – Leftover Conflict from World War II
The Kuril Islands are officially a Russian-controlled group of islands off the northern coast of Japan. Though, Japan al...
Russian Submarine Belgorod – What Makes it so Special?
The submarine was turned over in the port of Severodvinsk, and experts say it is a modified version of Oscar II class gu...