King Leopold II - The Man who killed more than 10 million people, yet is not not seen as repulsive 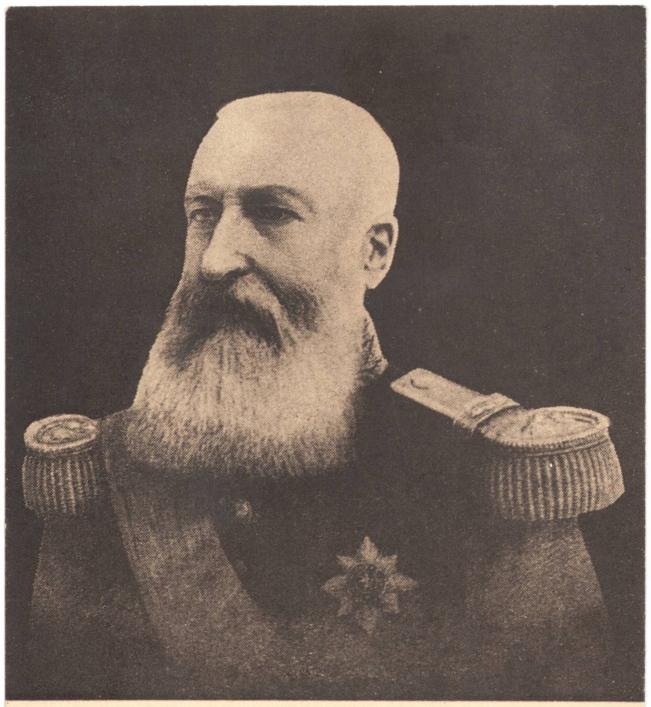 A person killing more than 10 million people can easily be identified as a dictator, savage and put in the same sentence with Hitler. However, Leopold is more praised than criticized

King Leopold II is a person that many believe should be put in the same sentence with Hitler, Stalin and other dictators of the modern world. However, he is not. It is funny that he is rarely part of the history books, and not many people are known with his actions and deeds. Leopold II is mostly remembered as the founder of the Congo Free State, a country that is nowadays known as the Democratic Republic of Congo. But what many do not know is that Leopold murdered more than 10 million people in Congo and exploited the country and its sources. He donated most of his property to Belgium in order to preserve it. Leopold ruled from 1865 and for the next 44 years until his death.

Leopold believed that in order for Belgium to be successful, the country must turn its attention towards colonization. In a letter that the King sent to his brother in 1888, Leopold writes “the country must be strong, prosperous, and have colonies of her own. Leopold began colonizing countries even before he was King as a private citizen. He began the colonization process of Congo in 1876, by organizing a private holding company. He disguised the company as an international association under the name of “International African Society”. He hired Henry Stanley in 1878 with a sole purpose to explore colony in the region of Congo. Following several diplomatic maneuvers, Leopold finally established the Congo Free State in 1885.The country was 76 times larger than Belgium back in the days.

Leopold used Congo for its natural resources, exploiting the resources and making the people of Congo to pay enormous taxes to Belgium. Leopold started exporting ivory, but since he did not get the expected results, he transferred to rubber plants.

Leopold has put the entire state of Congo under his slavery. He was not alone in this, as the King had his soldiers and generals to conduct orders and enforce laws in the state. According to some estimates, he killed, murdered and then cannibalized between 10 and 15 million people. In modern countries, those numbers will fall under the topic of “genocide”. However, even the Wikipedia page for the History of genocides, never states the genocide that Leopold did in Congo. The reason is simple, Belgium had so much profit and benefits from his ruling over Congo that the name Leopold is never mentioned as a sadist, conquer or dictator. Leopold enforces his ruling with camps, execution, torture and molesting the people of Congo. He also had his private army in the country.

One of the reasons Leopold II is still not considered a dictator and one of the biggest savages in human history is that he was remembered by building urban projects, public works and many buildings in Belgium. Of course, he used the money and profit he generated from Congo to do so. The projects earned him the nickname “Builder King”. His buildings include the Hippodrome Wellington racetrack, the Maria Hendrikapark, the Royal Museum for Central Africa, the Duden Park in Brussels and much more. Leopold mainly built buildings in Brussels, Antwerp and Ostend.

Of course, Leopold built many private objects outside of Belgium. He also built inside the country, expanding the grounds of his Royal Palace of Laeken. He donated much of his property to the Belgian nation, a detail because of which he is praised in Belgium, despite the fact that he murdered more than 10 million people.

To get a better understanding of King Leopold II and his thoughts, we distinguish some of the quotes he used during his speech in 1883. In the speech, Leopold tried to explain to “loyal” patriots in Belgium that what they do in Congo is rightful, and that they need to evangelize the “niggers”. Here are some quotes from the speech.

- Teach the niggers to forget their heroes and to adore only ours. Never present a chair to a black that comes to visit you. Don't give him more than one cigarette. Never invite him for dinner even if he gives you a chicken every time you arrive at his house;

- They know that to kill, to sleep with someone else's wife, to lie and to insult is bad.Have courage to admit it; you are not going to teach them what they know already;

- Your action will be directed essentially to the younger ones, for they won't revolt when the recommendation of the priest is contradictory to their parent's teachings. The children have to learn

to obey what the missionary recommends, who is the father of their soul. You must singularly insist on their total submission and obedience, avoid developing the spirits in theschools, teach students to read and not to reason;

-Evangelize the niggers so that they stay forever in submission to the white colonialists, so they never revolt against the restraints they are undergoing.Recite every day - "happy are those who are weeping because the kingdom of God is for them."

In the words of Marc Twain

Trying to show the world the savage that King Leopold II is, Mark Twain wrote a pamphlet in 1905, titling it “King Leopold’s Soliloguy”. The book was published in four languages, English, German, French and Italian. In the pamphlet, Twain used political satire to criticize Leopold and his rulling over the free state of Congo.

Twain mostly focused on the approach that King Leopold II considered himself to be a person sent by God to evangelize the state of Congo. Leopold claimed he did not use government money for his personal benefits, and that those claims are made by nonbelievers. His sole purpose was to bring Christianity to Congo, and anyone who criticizes him is doing blasphemy.

In the book, Mark Twain also mentions the massacre that Leopold made in 1899 by sending Zappo Zaps to collect taxes. Leopold claimed that his critics mention only the taxes he instituted on Congo, but never mention his role in bringing Christianity to the state.