Jack the Ripper – All the victims and theories 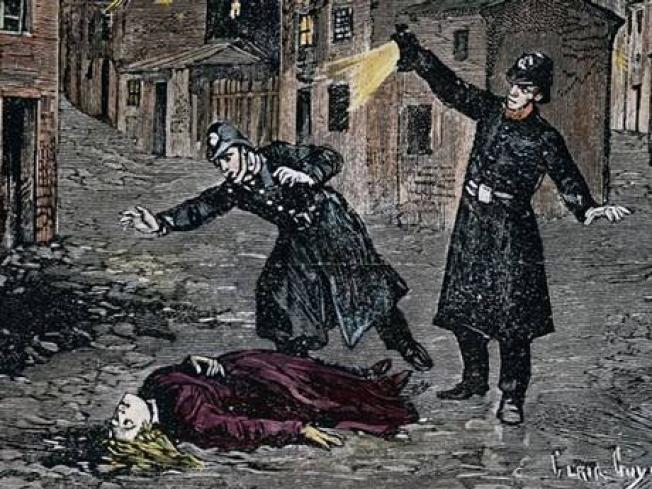 A man that called himself “Jack the Ripper” terrorized the Whitechapel disctir in London from August 7 to September 10 in 1888. The real identity of the serial murderer was never revealed. Jack was never caught. There are at least five victims that fell at the hand of the Ripper. He killed his last victim in November 1888, and there were no victims afterwards. Jack was never caught. His killing style was unusual, as he mutilated the bodies of the victims in an unusual manner. All of his victims were prostitutes. He still remains one of the most gruesome criminals not just in Britain, but in the world.

Originally, there were five victims. The victims are Mary Nichols, who is believed to be the first woman Jack killed. He committed this murder on August 31, 1888. The other four original and confirmed victims are Annie Chapman (murdered on September 8), Elizabeth Stride (murdered on September 30), Catherine Eddowes (murdered on September 30), and Mary Kelly, the last official victim Jack killed on November 9. However, aside from the five original victims, a generic file has appeared as the Whitechapel Murder File. The file includes the names of 11 victims. Aside from the original five, the file contains the names of Emma Smith (April 3, 1888), Martha Tabram (August 8), Rose Mylett (December 19), Alice Mckenzie (July 9, 1889), The Pinchin Street Torso (discovered on the streets on September 10, 1889) and Frances Coles (February 13 1891).

As mentioned, Jack the Ripper had an unusual way of killing his victims. His method was not known to the police forces and officials until several years ago. According to police reports, the Ripper stood facing his victim. When the woman lifted her skirt, she was defenseless as her hands were occupied. Jack seized his victims by the throat and then strangled them. After he killed his victim, Jack lowered her to the ground, and began his pleasure. While there have been theories that Jack was into sexual pleasure with the victims, there were no evidence of such theory. His pleasure was actually to cut and mutilate their bodies. Jack always started by cutting the victim’s throat while she was on the ground. He always cut the left side of the throat, which ensured that the blood flow was directed away from him. After cutting the throat, the Ripper continued to mutilate his victims, always operating from the right side of the victim. Jack always took a trophy from his victims, which is considered a common practice for modern sexual serial killers. But the Ripper never had intercourse with the victims, nor did he masturbate over their dead bodies.

The identity of the Ripper was never revealed, but there have always been suspects. Based on his killing method and his skills with a knife, many speculated he had to be either a butcher or a doctor. He definitely possessed knowledge of human anatomy. There have been three main suspects.

The first suspect was M.J. Druitt, a barrister that later worked as a teacher. Druitt committed suicide in December 1888, or after the Kelly murder. According to police reports, he was a 41 years old doctor. However, it turned out that Druitt had only 31 years, and he was not a doctor. There was no police evidence of Druitt being the Ripper. The only one who suspected was Sir Melville Macnaghten, one of the chief police officials assigned to reveal the identity of the Ripper.

The second suspect was Aaron Kosminiski. His name came up during an investigation in 1910 as police believed the Ripper was a Polish Jew. His name was mentioned in documents left by Robert Anderson and Donald Swanson, both officers participating in the investigation. The documents first appeared in 1910, when police reopened the investigation. While it seemed like the case will be closed, there were many problems with the theory. Kosminiski turned out to be a real man, who was a docile and harmless lunatic. He heard voices and ate food only from the gutter. But there were no evidence of any connection between him and the Ripper.

The third suspect was Michael Ostrog, but he was quickly dismissed as innocent. He was investigated, but there were no indications that he had anything to do with the Ripper.

During the critical period, the police in Whitechapel received many letters, and in 1888 it was reported that the police received more than 700 letters. Most of them were suggestions, but there was actually a letter sent from the Ripper himself. The first letter sent by the Ripper was addressed to Sir Charles Warren, a police commissioner. The letter was sent on September 24, the closing day of the death of Annie Chapman. The letter showed illustrations that pointed it was sent by the Ripper. One of the illustrations showed a coffin, and the second one a knife, both drawn in black ink. The letter wrote:

I do wish to give myself up I am in misery with nightmare I am the man who committed all these murders in the last six months...I am a horse slaughterer...I have found the woman I wanted that is chapman and I done what I called slaughtered her but if any one comes I will surrender...

...this is the knife that I done these murders with it is a small handle with a large long blade sharpe both sides”

A second letter, sent after the night of the double murder (Elizabeth Stride and Catherine Eddowes) reveled the pseudonym of the murdered, Jack the Ripper. That was the first time the name entered the official investigation. Before the letter, the murderer was known as “The Whitechapel Murdered”. The letter read:

I keep on hearing the police have caught me but they won’t fix me just yet. I have laughed when they look so clever and talk about being on the right track. That joke about Leather Apron gave me real fits. I am down on whores and I shant quit ripping them till I do get buckled. Grand work the last job was. I gave the lady no time to squeal.

How can they catch me now. I love my work and want to start again. You will soon hear of me with my funny little games. I saved some of the proper red stuff in a ginger beer bottle over the last job to write with but it went thick like glue and I can’t use it. Red ink is fit enough I hope ha ha. The next job I do I shall clip the ladys ears off and send to the police officers just for jolly wouldn't you. Keep this letter back till I do a bit more work, then give it out straight.

My knife's so nice and sharp I want to get to work right away if I get a chance.

Don’t mind me giving the trade name. Wasn’t good enough to post this before I got all the red ink off my hands curse it No luck yet. They say I'm a doctor now. ha ha”

Justice
Unheard Heroes: Susana Trimarco
For her work in human trafficking, Susana has earned a number of awards. The biggest one came in 2013, when she was nomi...
The Curious Case of Lawrence McKinney – Can the Justice System make Mistake?
Faith is what got him through 31 years, 9 months, 18 days, and 12 hours of prison. He was wrongfully sentenced, and was ...
The Mystery of Oak Island? Is there something there?
The privately owned island has much more to offer, but the most famous spot is the location now known as “the Money Pi...
Top 7 Cruelest Rape Punishments
More than 10 countries around the world punish rape by death