InSight has Landed on Mars – What Will it Tell Us? 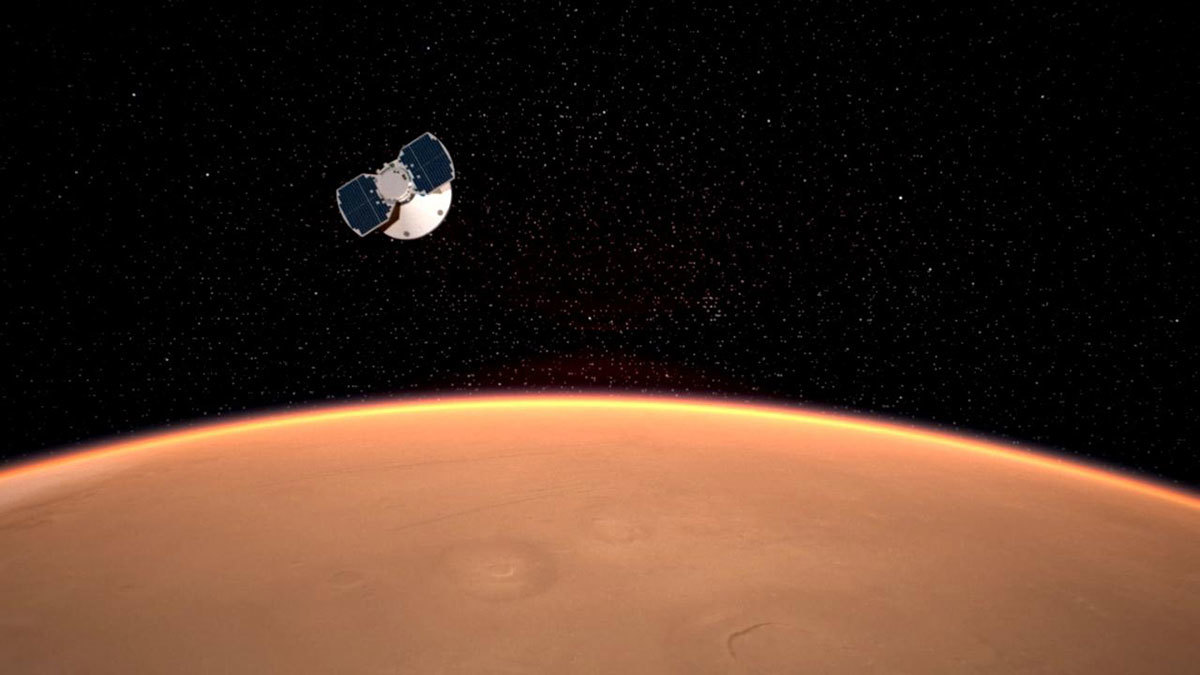 The name of the mission stands for “Interior Exploration using Seismic Investigations, Geodesy, and Heat Transport”

NASA’s InSight Mission Lander has landed successfully on Martian Land this Monday. And it is already sending back data to Earth. InSight is an incredible achievement. It is the eighth time in human history that we have landed robots on Mars. But InSight will be one of the most important ones.

The name of the mission stands for “Interior Exploration using Seismic Investigations, Geodesy, and Heat Transport”. And just by looking at the name, you know it is a special mission. Here are a couple of facts about InSight, which will help us understand what is the mission, and what the goal is.

The main mission of InSight is to gather information about Mars. Think of it like a medical checkup. This mission will give scientists its first view of the interior of the planet. The interior of Mars will be studied in detail, including the planet’s core, mantle, and crust. This will allow scientists to find out more about the formation of rocky planets in our Solar System.

NASA has previously landed missions on Mars, like the Curiosity and Opportunity rovers. But they take pictures of the surroundings. Rarely, Curiosity collects samples for further analysis. Yes, Curiosity can drill holes, but only on the topsoil of Mars.

InSight will not roam around the planet. Instead, it will stay still, and carefully measure properties of the Martian interior. The project will look into seismic activity like marsquakes and meteorite strikes, temperature, size and shape of the core of Mars, and more.

How big is the Lander?

The InSight Lander is 5ft inch (1.56m) wide and 19 feet and 8 inches long. It weighs 794 pounds. To put it roughly, it weighs almost as five regular people.

What are the instruments of InSight?

Project InSight has some of the most advanced instruments NASA can provide. Here is a quick breakdown:

- SEIS – a seismometer that can provide information on Marsquakes occurring within the planet. Depending on the internal vibrations, scientists can tell what the materials are

- HP3 is a heat probe that will burrow almost 16 feet into the surface of the planet, which is the deepest to date and help scientists measure the temperature on the planet. This instrument will also help scientists understand whether Mars was formed from the same materials as Earth

- RISE is a radio wave instrument that will send signals and help scientists understand the size of Mars and its composition. It will send out a signal, using the same technology that your smartphone uses to tell you your location. In other words, RISE will tell us exactly how much Mars wobbles in its orbit, and also help determine whether Mars’s core is liquid or solid

Launching from the West Coast

Every other mission NASA has sent to Mars came from Florida. The explanation is that it is easier to get to other planets from the East Coast. InSight was launched on May 5, 2018, and arrived to the Red planet after 7 months. It landed on November 26, 2018 at 11:52 am PT.

NASA was able to launch InSight from the West coast thanks to the powerful Atlas V-401 rocket in the Vandenberg Air Force Base in California.

Earth and Venus are two terrestrial planets in our Sun System. Mars is not the same. According to NASA, the surface on Mars looks the same now as it did 3 billion years ago. Scientists describe Mars as a fossil planet in many ways. You can say that Mars hides the secrets of our solar system early history. In a way, InSight will be a time machine that will help us understand what happened billions of years ago.