Greenland ice melt - is it time for panic? 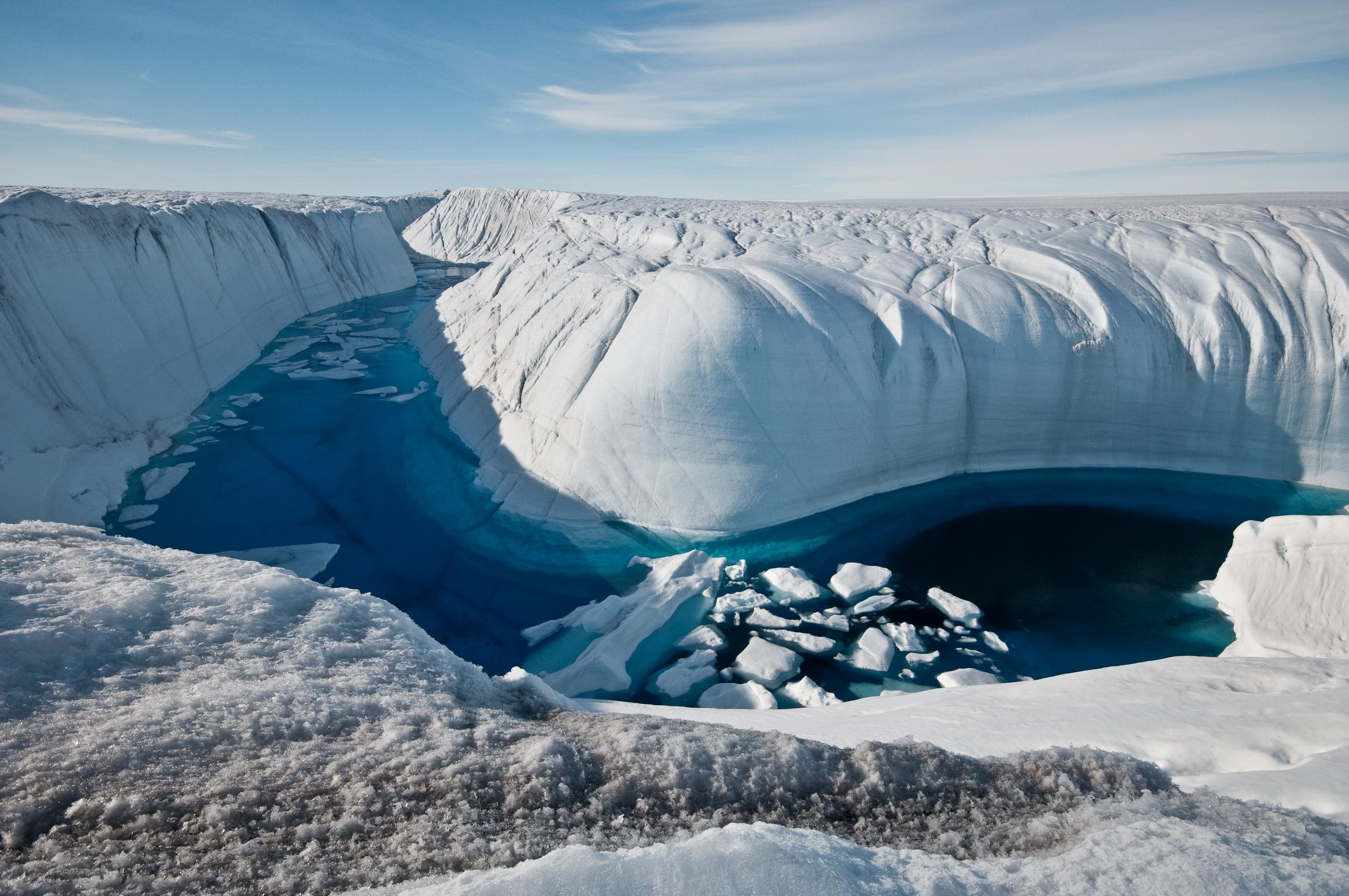 Greenland is the world’s largest island. Seventy five percent of the territory of Greenland is covered by ice. The island is an autonomous country located between the Atlantic Ocean and the Arctic. But what makes Greenland interesting and unique is the process of ice melting. Scientists for years are trying to understand the process of ice melting at Greenland, and how it affects our climate. The question is, whether should we panic, or it is just another natural process that happens no matter what we do?

In order to understand the Greenland’s ice melting process, we must understand what are glaciers, and what is ice sheet.

Let’s start with glaciers, viscous masses of ice that go through a process that scientist call “internal deformation”. This creep process and movement of the glaciers is caused by gravity as well as the snow that is accumulated on the glacier. Scientists take in consideration gravity and weight of the snow when they study the creep process and movement.

Glaciers gain weight and mass in two ways: through accumulation of snow and re-freezing of meltwater. However, they also lose mass and weight through basal melt, surface melt, iceberg calving and sublimation. The accumulation process happens in the accumulation zone of the glacier, while the loss occurs in the ablation zone.

An ideal glacier is the one where the balance between the accumulation and the ablation is zero. Scientists now measure mass balance, which is measured over the course of one year. The mass balance accounts loss and gain of weight. Another important factor is velocity, which accounts the speed at which the glacier moves. When the mass balance is 0 (accumulation and ablation of ice is same), the velocity is called Balance Velocity.

What is an ice sheet?

Unlike glaciers, ice sheets are not confirmed by the land they sit on. They are also slow moving masses of fresh water. Ice sheets also gain ice like glaciers, by accumulation of snowfall. It also loses mass by melting during summer and calving of icebergs.

Another difference is that ice sheets do not necessarily lose mass when ice melts.

How much ice is Greenland losing?

Now, to put those numbers in perspective, according to NASA and its data, from 2002 to 2014, or in a period of 13 years, the combined ice loss from our two poles is more than 5 trillion tons. Greenland accounts for more of that mass.

Now, repeat those numbers again, FIVE TRILLION TONS. In other words, that is volume of 5,700 cubic kilometers. The length of the side of the ice cube that big is nearly 18 kilometers or 11 miles. If you put that kind of ice cube on the ground, the top will be above 90% of the Earth’s atmosphere. Or let’s put it in another perspective, the top would be twice the height of Mount Everest, the tallest mountain on Earth.

Nobody can precisely tell the timeframe at which ice is melting on Greenland, but one of the latest studies shows that the ice might melt faster than scientists previously anticipated and expected. The reason is fjords in Greenland run much deeper than scientists previously thought. In other words, the sea levels could rise much, much faster than previously anticipated, as the glaciers are actually more exposed to warm water.

As the study explains, deeper fjords means that there actually “more places where warm and subsurface water can reach the glaciers”. Previously, scientists believed that the fjords are actually shallow, which didn’t pose as much treat as deeper fjords.

The average depth of the fjords is 200 meters deeper than initial measurements. In some areas, that means that warm water will cause ice to melt twice as fast.

According to the study, the findings suggest that estimates on how “fast sea levels are rising” must change.

The simple logic is that as the Arctic is getting warmer, Greenland should be warming too. However, a study by a team of American, Swiss, Danish and Japanese researches, warns that solar activity should be viewed from another aspect.

The team was studying the period between the 1970s and the 1990s, during which time Greenland cooled despite rising temperatures at the Northern Hemisphere.

According to the study, high solar activity actually slowed down ocean circulation. Combine that factor with the influx of fresh water that occurred due to melting glaciers, and the two factors halted warm water from reaching Greenland. The result was obvious, the island cooled during that time.

The scientists believe that process actually reversed global warming. According to the team, weak solar activity, something that the sun is currently experiencing, will actually increase the temperatures at the ocean and amount of warm water that reaches Greenland. The team believes that 2025 will be a crucial year, a moment from which the temperatures at Greenland will rise, and the ice will melt faster than anticipated and projected. The study concludes that the sea levels will rise as a result of the climate change.

Is it time for panic?

To put it simply, yes, it is time for panic. The fact that NASA is launching a new project, famously called “OMG”, is a reason enough to start believing in climate change and global warming. The project Oceans Melting Greenland will last six years, and the goal is to understand “how fast the ice melts and the effect on the temperature”. As the temperatures at Greenland are rising, glacier loss is already alarming.

The project has a goal to understand the sea that laps the bases of the masses of ice at Greenland’s shores. The project will last six years, but will also include a four year program that will release more than 200 robot probes on Greenland. The probes will be tasked to measure water temperature and depth around Greenland. And while probes will be measuring temperature, ships will be coasting around Greenland, studying the size and shape of fjords.

NASA believes that the project will provide us with better information and understanding of the ice loss at Greenland. The island contains the highest amount of ice mass in the world. Projections are that if the reservoirs of ice melt at Greenland, the sea levels would be raised by six meters.

The indisputable fact is that temperatures are rising, and that our climate is changing. Global warming is becoming more and more reality.