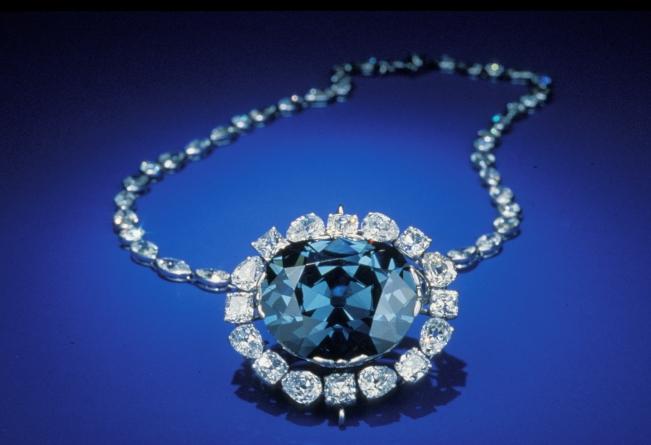 The Hope Diamond is probably the biggest diamond in mankind history. The Diamond is also known as the King’s Jewel (Le Bijou du Roi). The Hope Diamond is a 45 carat deep blue diamond that weighs around 9 grams. The diamond is housed at the Smithsonian Institution’s Natural History Museum in Washington. According to historics, Jean Baptiste Tavernier, a French merchant, stole a 115 carat diamond from India. He stole the diamond from a Hindu Idol, and for the sacrilege, he died at the hands of dogs. His death, and the death of King Louis XIV started the conspiracy that the diamond is cursed. Tavernier sold the diamond to Louis XIV in 1669 and retired as a wealthy man. The diamond has changed several owners, until it was bought by the Smithsonian in 1958. While Tavernier, King Louis XIV, as well as Louis XVI and Maria Antoinette are the famous victims, there are also lesser known victims of the diamond. Here are five of them.

The Mystery of the Hope Diamond

Before we take a look at the victims, we must explain the mystery of the diamond. Diamonds have fascinated people from the beginning of the world, and the Hope Diamond is one of the most spectacular diamonds. The diamond has the size of a walnut, and its estimated worth is around quarter billion dollars.

The diamond is a subject of the book “The Unexplained” by Karl Shuker. In the book, the author explains how the gem sparkled in an Indian Temple in the brow of a Hindu Idol. According to his legend, the diamond was plucked by a Hindu priest, and his punishment was agonizing death. Nobody in Europe knew about the diamond until 1642. It was then when a French merchant bought the diamond and sold it to King Louis XIV.

The Hope Diamond remained within the French Royal Family until 1792 when it was stolen during the Revolution. Then King Louis XIV and his wife Marie Antoinette, are also cited as victims of the curse of the diamond. Both of them were beheaded during the Revolution. The Diamond was missing for several centuries, until it appeared as a smaller gem in possession of Henry Thomas Hope. The diamond got the name after him. There are many victims to the Hope Diamond curse, but let’s take a look at some of the lesser known and their misfortune. It is worth noting that some people do not believe in the curse, thinking the story has been exaggerated by journalists and media.

Fouquet was a minister of finance under King Louis XIV. There are rumors that Nicolas wore the diamond for special occasions. His story is often linked with the story of the “Man in the Iron Mask” and some believe he was the twin brother of King Louis XIV. As such, he is a pivotal character in the novel The Vicomte of Bragelonne. His curse is that he was banished from the King, and shortly after his punishment was changed to a “life in prison”. He spent 15 years in the fortress of Pignerol. Official reports are that Fouquet died in 1680.

Fals is the man responsible for cutting the diamond. He was the one who cut the 115 carat diamond stolen during the French revolution to the 45 carat Blue Hope Diamond we see today. He was a Dutch jeweler given the task to recut the diamond. The legend says that Wilhelm died of grief after his son stole the gem. However, the reality is that his son killed Wilhelm, and then committed suicide.

Maoncharides was a Greek merchant and stockholder. He purchased the diamond, and shortly after fall victim to the curse. Simon died in a car accident, driving his car over a cliff. He was not the only victim of the car accident, as his wife and child also died during it.

Evalyn purchased the Hope Diamond from Pierre Cartier. Being that she was a spoiled heiress, she had to have the diamond. However, the Diamond brought tragic to her family. Walsh was not only wearing the diamond, but she was also letting her dog wear in his collar. Her punishment? Her mother in law died shortly after, her first born son died at the age of 9, her husband left her for a younger woman, her daughter died from a drug overdose. Evalyn had to sell her newspaper, The Washington Post to cover her debts, but she still died owing a lot of money to many people. Her surviving children sold the diamond to Harry Winston in order to pay the debt.

Todd is the last known victim of the curse of the Hope Diamond. He worked as a mailman, and was responsible for delivering the diamond to the Smithsonian museum. Shortly after he delivered the diamond, he suffered in a truck accident. In the accident, he crushed his legs. Shortly after, he suffered another head injury in another accident. And then his house burned down. Todd also saw the death of his wife and his dog shortly after he delivered the diamond to the Smithsonian.