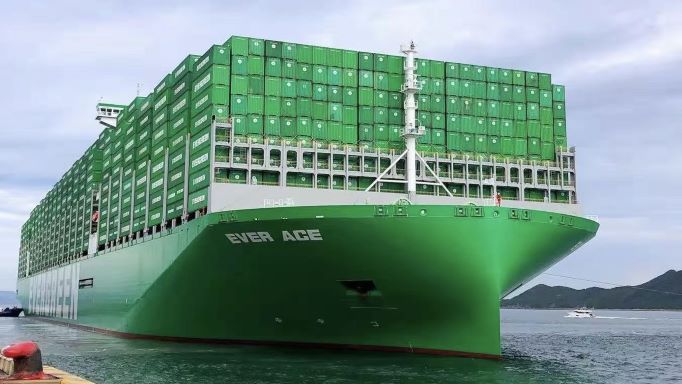 On 30 July 2021 the new 24,000TEU container ship Ever Ace built by Samsung Heavy Industries for Evergreen Marine made her maiden voyage to Qingdao Port, Shandong.
What is so significant about this ship? It is the first of a series of 12 container ships ordered by Evergreen in China and South Korea shipyard. Samsung Heavy Industries built the ship and it was officially delivered on July 29.
Ever Ace is the largest container ship in the world. The capacity reached 23,992TEU, surpassing HMM Algeciras (23,964TEU) which was delivered to the Korean operator HMM in 2020, and once again breaking the record as the world’s largest container ship.
The ship will be put into the European high-quality route of Qingdao Port, Shandong, upgrading the capacity of the Ocean Alliance European routes to which Evergreen belongs.
Following the delivery of Ever Ace, Evergreen Marine will usher in another three class A container ships in 2022. All four will be put into operation on the European line and successfully catch up with the high freight rate of the European Line.

What kind of ship is Ever Ace? 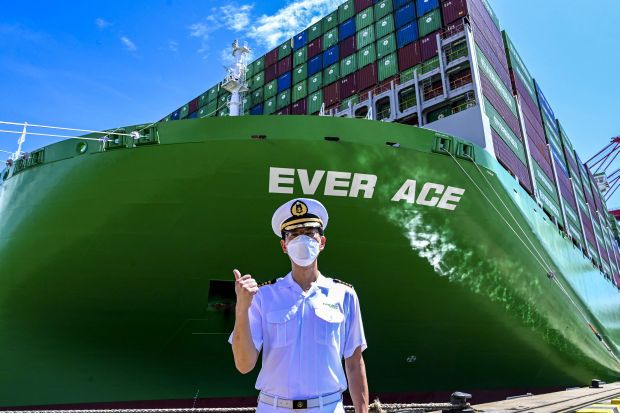 There are always challenges with large ships like the Ever Ace. For example, in 2021, we saw how Ever Given was stuck in the Suez Canal for six days on its way to Felixtowe. That completely crashed the prices in the world, and caused a major concern for deliveries.

The operation in March to free the ship from the canal used a backlog that delayed the journey of hundreds of ships, forcing them to take a longer route around the southern tip of Africa.
The ship was held by Egyptian authorities for months, and its owner Shoei Kisen Kaisha had to negotiate who should cover the costs of blocking the shipping lane for six days.
Ever Ace will go through the same route as Ever Given. If something like that happens again, it can throw the global supply chain into chaos. The last time it happened, a logjam of more than 400 ships formed, even after some vessels opted to abandon the Suez Canal and reroute.