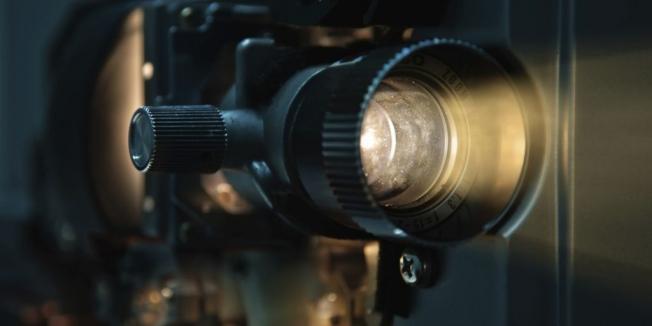 This article is created for those of you who appreciate the value of a good documentary and the knowledge that such a film is able to convey to the viewer. We compiled a list of upcoming documentaries in 2015 that you don’t want to miss. Some of them are already released and available for watching on Documentary Tube. As far as the other documentaries are concerned, we shall provide the release dates for them. We are glad to inform you that the documentaries we selected for you will be available on our web site shortly after their release date.

This is a feature documentary concerning the Soviet Union and their most successful sports team in history, the Red Army hockey team. The story is presented to you from the captain Slava Fetisov`s point of view and it portrays his road from a national hero to a political enemy.

In this insane and electrifying documentary, an aspiring duo, Chris Stamp and Kit Lambert, are on a quest for a topic for an underground movie which leads them to the mentor and manager of the iconic band known as The Who. This man is regarded as the creator of rock 'n' roll music history. This documentary is R rated.

Beginning with the first rehearsal to the premiere, this documentary is taking us backstage at the New York City Ballet. A new choreographer on the rise, Justin Peck, is working on a new play. Have a chance to see an elite group in action and discover the process behind the creation of a masterpiece.

This documentary shows the story of the unsung heroes, the people who played the backbeat and the extraordinary melodies that accompanied many of the number one hits during the 1960s. From Nat King Cole, The Beach Boys and Frank Sinatra, these excellent musicians contributed to the music scene and a distinguished sound that became known as the “west coast sound” representing a force that would dominate the world.

A Year in Champagne

This documentary is, in a way, a sequel to ‘A Year in Burgundy’ and it lifts the veil of mystery over the France's most famous beverage. Furthermore generally as in A Year in Burgundy, incredible wine shipper Martine Saunier helps us to get an uncommon look off camera into the genuine Champagne through six houses, from little autonomous creators like Champagne Saint-Chamant, where every last jug is still turned by hand in the cellars.

The director Robert Kenner brings the attention to a secret organization which presents itself in the media as a scientific authority with the aim of creating confusion about a number of, already analyzed, global threats such as climate changes, pharmaceutical tricks and toxic materials.

This documentary looks at 87-year-old Maysles and Iris Apfel, the witty, fashionably outfitted 93-year-old who has had an enormous influence on the New York fashion flow for decades. It is more than a film about fashion, this documentary is a tale of a creative process and how, even at her age, Iris inspires people around the world. This film is rated PG-13.

Beyond the Brick: A Lego Brickumentary

The directors Kief Davidson and Daniel Junge are taking us on a journey to the land of LEGO. This is a unique film that gives us an insight into the world of one of the most popular toys. The duo explores the history of Lego and raises an interesting question...is it a toy or something more?

Look at the adventurous life of the blonde-bobbed monkey called Maya in the Disneynature’s new documentary. The story is set in the old ruins located in the jungle of South Asia. Maya’s world will change after she gives birth to her son, Kip, and introduces him into her complex and large family.

The Salt of the Earth

Sebastião Salgado has been travelling through the continents for the past 40 years. He is a photographer on a mission of capturing the ever changing world. He has recorded a number of events in our recent history including exodus, starvation and international conflicts. He embarked on a different project in order to film extraordinary landscapes, wildlife and uncharted territories. This documentary is rated PG-13.

This documentary is looking into the life of Carl Boenish, who is regarded as the father of Base Jumping. In his extraordinary life Boenish performed some of the most spectacular and dangerous feats of foot-launched human flight.

We hope that you are as excited as we are about the upcoming documentaries. As it was mentioned before, the above listed documentaries will be available on our site shortly after their release.