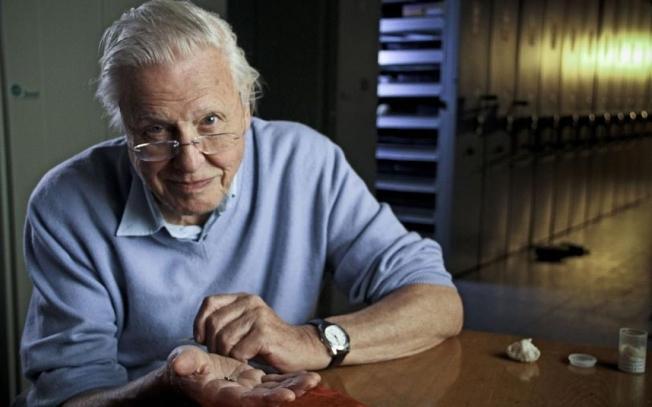 A Natural History by David Attenborough

Life on Earth: A Natural History by David Attenborough was on air in 1979. Being the first among Attenborough’s Life Series, Life on Earth tackled on the different stages or evolution of life. He started with the rainforest in South America as he was trying to explain the theories of Natural Selection and those made by Charles Darwin. He went all over the world in search for the oldest fossils that could possible explain the evolution of life. The television series had thirteen episodes and gained international popularity as it was being shown worldwide with an estimated half a billion viewers. It won as the Best Documentary Series Award from the Broadcasting Press Guild.

The Living Planet: A Portrait of the Earth followed in 1984. After explaining how life on earth started, Attenborough studied the ways living organisms adapt to their environment. It had twelve episodes that lasted for fifty minutes each. The first episode begun in Kali Gandaki River which can be found in the Himalayas. It is known to be the world’s deepest valley. In his opening narration, Attenborough emphasised that he believed life began in bodies of water.

The Trials of Life: A Natural History of Behaviour came next in 1990. In this twelve part series, Attenborough featured the different stages of life from birth, adulthood to reproduction once again. The first episode show how different species come into existence and how from the very beginning of life survival of the fittest comes into play.

Life in the Freezer was transmitted in 1993. The first specialized survey of life forms, Attenborough created six episodes for thirty minute each. He and his crew of 20 men explored the rich and cold continent of Antarctica surviving the harshest weather to bring the most remarkable stories and breathe taking views of how life in the great white continent prevails.

The Private Life of Plants is the second specialized survey that aired in 1995. Attenborough tried to explain how from the time plants come into existence, fight, compete and invade territories survival has become an issue. There is a call to attention and action to cherish and preserve the plant species.

The Life of Birds followed in 1998 with ten fifty minute episodes. Visiting 42 countries in three years to finish the entire series gave Attenborough and his men a better understanding of how a wide array of birds lived and are born to in different areas of the world and each surviving the challenges that come their way.

The Life of Mammals was presented in 2002. Following the death of his wife in 1997, Attenborough was presented with a great project to keep himself busy. One of his most challenging series, he and his men tackled the life of different mammals and their day to day existence including mankind and how they evolved.

Life in the Undergrowth aired in 2005 with five fifty minute episodes. Two years in the making, Attenborough and his team were able to take a closer look at the life of invertebrates. The use of cutting edge technology, the determination of hardworking men and the leadership of an expert made it possible to understand how these small creatures exist and survive. Attenborough further emphasized their importance in keeping our environments ecologically balanced.

Life in Cold Blood was shown in 2008 by BBC One also presented a five fifty minute episode. Attenborough celebrated his 80th birthday in May of 2006 while filming the episodes for this series. It gives a detailed understanding of how amphibians and reptiles evolve, live and survive. These episodes also hoped to end the evolutionary series. It emphasizes how the strong and powerful species in the world can learn from simple and primitive creatures in order to survive.

First Life is a two part special aired in October and November of 2010. Attenborough sought to explain the origin of life on earth. The first of almost every kind of specie was presented and this time with the use of more innovative technology giving the audience a better understanding of centuries year old fossils. These episodes completed the Life Series for David Attenborough.

Social
Top 5 Most Intelligent Dogs
“Do dogs really think”, “can dogs communicate with us”, “how can we understand our dogs”?
Civil Rights History: Six women you need to know of
Martin Luther King Jr. might be the first synonym for civil rights, but there were some extraordinary women in the movem...
Huaxi – Secrets of the Richest Village in China
From the outside, Huaxi is dubbed as a socialist village. But on the inside, it is actually a capitalist corporation, m...
Eights Ways IBM Watson makes life Easier
The Watson has come a long way since the win in Jeopardy in 2011.