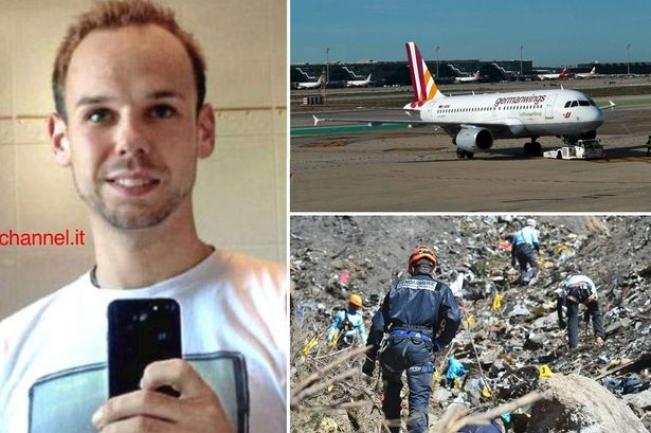 On March 24, 2015, a plane from GermanWings crashed near the Alps. The plane took off from Barcelona, and the final destination was Dusseldorf. The plane on the Flight 4U9525 was operated by Patrick Sonderheimer, the pilot, and Andreas Lubitz, the co-pilot. Just days after the plane crash, the black box of the plane revealed the cause of the crush. The co-pilot Andreas Lubitz deliberately closed the cockpit, locked himself in, and crashed the plane. But why did he do such a horrible thing? There are countless of mysteries and theories still unwrapping, but let’s take a look at some of the hottest. 150 people lost their lives in the plane crash, half of which were Germans. The victims included citizens from more than a dozen countries.

The transcript from the black box shows that Lubitz had every intention to crash the plane. He was actively nagging Patrick to use the bathroom and leave him alone in the cockpit. The pilot, 34 year old Sonderheimer, hadn’t been to the bathroom since they took off from Barcelona, and Andreas took advantage of it.

Immediately after the captain left the cockpit, Andreas locked himself in, and begins to drop the plane. The black box shows sounds of the alarm for losing height, warning that the plane is diving too fast. Soon after, the tape shows knocking on the door, and the captain begging Lubitz to open the door with the words “For God’s sake, open the door”. The passengers, scared for their life, scream and beg for Andreas to get the plane back into the air. Soon after, a metal cracking the door is heard, and people believe the Captain tried to open the door with a hatchet, screaming “Open the damned door”. Scream of the passengers are the last sounds on the tape.

Was Lubitz suffering from blindness?

According to reports from German newspapers, Andreas Lubitz was suffering from retinal detachment, a condition that can lead to blindness. However, it is still unknown whether his eye problems were more of a physical or psychological nature.

Lubitz was treated by several neurologists and psychiatrists. The co-pilot of the Airbus A320 was afraid he will lose his sight, and that his health issues might prevent him from ever working for Lufthansa.

Even his alleged girlfriend, Maria V, confirmed that he was constantly repeating that his health issues will be a problem.

Police also found sick leave that corresponds with the date of the crash, which means he should never be on the flight in the first place.

According to several reports, Andreas Lubitz had two girlfriends, one of which was pregnant. One of the girlfriends is the 26 year Kathrin Goldbach, who is pregnant and is carrying a child by Lubitz. Kathrin worked as a teacher in Dusseldorf. She told her students several times that she is happy and is looking forward to being a parent. However, few days before the accident, Kathrin broke up with Andreas due to his instability and incapability of displaying normal behavior. According to her, he had a constant need to control everything around him, being obsessive about it. Trying to desperately keep her, Andreas spend enormous amount of money, buying her a brand new Audi sport car.

Another ex girlfriend of Lubitz, a 26 year old named Maria V, told the German newspaper Bild that Andreas was planning something big. He constantly repeated he will do something that “would change the system” and “make everyone remember him”. At the time, it didn’t make sense for her, but now it all does. Maria also revealed that Lubitz was waking up at night and screamed “We’re going down”.

Lubitz's love for the Alps

28 year old Andreas Lubitz was a huge fan of the Alps. He knew the area, and had visited previously. Following the accident, a selfie picture of Andreas Lubitz in a bathroom surfaced online.

Lubitz was passionate about the French Alps, and even obsessed with them. He had previously flown over the area with a sailplane, and was part of the club “LSC Vestervald”. The club was located in his native city, Montabaur.

Lubitz had several flight lessons on just 65 kilometers from the spot he crashed the plane.

The investigation at the crime scene managed to find more than 600 leftovers from the bodies of the passengers, but there is not one full body remaining. Following the crash, the police in Barcelona set up two laboratories in hotels in Barcelona, where relatives were asked to provide DNA samples for analysis. Up to now, 75 of the victims have been identified.

There are three main conspiracy theories linked with the crashing of the Airbus A320. All three should be taken with a grain of salt.

The first theory is that Andreas Lubitz crashed the plane as an act of religious extremism. He was a German national, and his religion remains unconfirmed. However, many reports suggest that in an era of terrorism, possibilities that he was a Muslim hold accountability. Similar speculations were spread after the Malaysia Airlines Flight 370 disappeared, and the pilot was confirmed to be a Muslim. However, online discussions point that Andreas Lubitz was Jewish, and he wanted to punish Germany for the Holocaust.

The second theory is that the act was a mass suicide planned by Andreas, and has nothing to do with religion. Same situation happened with the EgyptAir Flight 990 and SilkAir Flight 185. The first one killed 217 people and the second one 97. Both flights were proven to be acts of murder suicide by the pilot.

The last hot topic is that Andreas had a target on the plane, and that target was an American citizen. The target is Yvonne Selke, who was a Pentagon contractor working for Booz Allen Hamilton. Booz Allen Hamilton is a security and defense contractor for several intelligence agencies. However, the last theory is the most farfetched of them all.

Security precautions in the future

The plane crash has already had implications on the way airlines operate. Some of the first to take precaution measurements was Australia. The country installed a new rule, according to which two people must be present at all times in the cockpit. If the pilot or the co-pilot leave the cockpit, another staff member should step in.

Hungarian company Wizz Air, known for cheap flights, also is taking measurements. The company is revising the rules, and issued a new policy that the cockpit will never be operated by just one person.

9/11 links with the plane crash

The events following 9/11 have direct effect on the GermanWings Flight AU9525 plane crash. Following the 9/11 act of terrorism, doors of the cockpit are made from new material, making them impenetrable, making sure that the pilot and the co-pilot are safe from terrorists entering the cockpit and taking over control over the plane.

In most terrorist acts, the goal is to take over the plane, not place a bomb inside and crash it in the air. Making sure the cockpit is safe was the logical step following the events of 9/11.

The precaution has an effect only in situations where nobody from the outside can open the door, including passengers, stewardesses or even the Captain. Every hidden handle or button would be risks authorities do not want to take.

Therefore, the GermanWings plane was safe and secure from terrorists, but nobody could what happened coming.

German authorities conducting the investigation avoid usage of the word “terrorism”, and instead they repeat this is no terrorist act, as echoed by Angela Merkel and other world leaders as well.

Lubitz started his commercial pilot’s training in 2007. His dream was to work for Lufthansa, one of the most famous airline companies in the world. He started flying as a teenager. Footage, revealed after the crash, shows the young pilot taking off and landing solo with a short glider flight in Germany.

He left his training in 2008, when he was issued a student flying license in the United States by the FAA. He also got a private pilot’s license in Arizona.

Andreas returned to his training in 2013, qualifying himself for Airbus A320. As a co-pilot, Lubitz had more than 600 hours flight experience.

History
The Mystery of Oak Island? Is there something there?
The privately owned island has much more to offer, but the most famous spot is the location now known as “the Money Pi...
Top 7 strangely unique things that sank with Titanic
Out of the 2,224 passengers and crew aboard at the ship, more than 1,500 lost their lives. That makes the sinking of the...
Max Spiers – All the conspiracy theories
Spiers was found death in his home, and there were no signs of struggle or fight. However, his mother believes that it w...
Aldrich Ames - The most infamous Russian Spy
He became a mole for the KGB in 1985, and did so until he was arrested in 1993. He sold more than 10 CIA agents to Russia