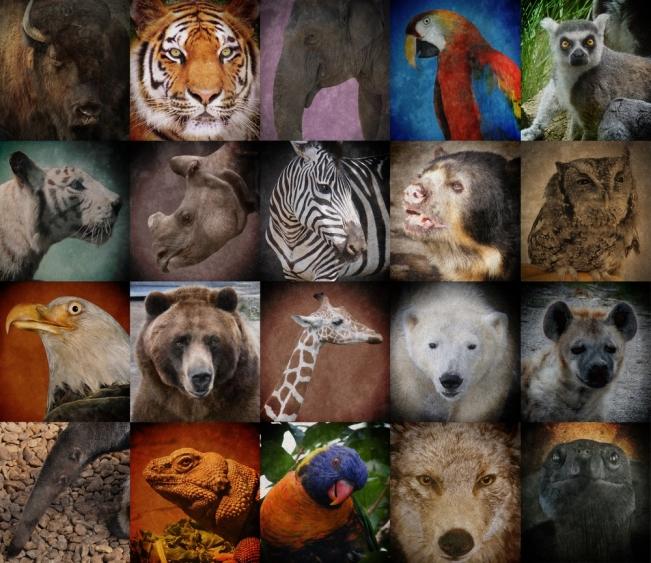 In order to preserve some of the species, nations have laws that protect some species. However, even the best and biggest efforts to protect the animals do not stop people from hunting animals for pelts, fur, and other body parts

In the past 10 to 15 years, the list for endangered species issued by the International Union for Conservation of Nature has become larger. In 1998, the list included 1102 animals and 1197 plants. By 2012, the list for endangered species has risen to 3079 animals and 2655 plants. One of the biggest treats for animals is human nature and loss of habitat. In order to preserve some of the species, nations have laws that protect some species. However, even the best and biggest efforts to protect the animals do not stop people from hunting animals for pelts, fur, and other body parts. That trend has led to many species being endangered. Some of the species on the list of endangered species have no more than 1,000 individuals in the wilderness. A big part of conservation is captivating species and then breeding them in ZOOs. Here are six endangered species you can see in the ZOO.

Also known as the jackass penguin due to his donkey-like bray, the African penguin is a species of penguins that lives in the African waters. One of the main characteristics of the African penguin are the pink patches of skin that can be seen above his eyes, as well as his black facial mask. The pink patches help African penguins cope with the change of temperature. The biggest treat for their lives are commercial fisheries which have forced the penguin to search preys farther off the shore. Global climate change is also affecting their habitats. Some of the ZOOs where you can find and see the African penguin in his natural environment are the Toronto Zoo, the Bristol Zoo, the Cincinnati Zoo, the Maryland Zoo and the San Diego Zoo. The Maryland Zoo organizes exhibit and features the penguins in the Zoo’s Animal Embassy collection.

The Malayan Tapir is the largest of the five tapir species and the only that is native to Asia. One of the reasons Malayan tapirs are rare is their gestation period. The period lasts around 400 days, after which the mother gets only one offspring. And since they grow really fast, they quickly became target for human hunters. The good news is that baby tapirs have brown hair with white stripes that helps them hide in the forest. After seven months, the baby coats fades into adult coloration. Female tapirs produce only one calf every two years. While they can live up to 30 years in the wild or in captivity, they rarely reach that age due to human hunters. In some countries, such as Thailand, the sale of a young tapir reaches price of $5500. Other threats are also linked with human activity, such as deforestation for agricultural purposes and flooding caused by hydroelectric projects. The Malayan tapir can be found in several ZOOs, including the ones in Denver, Seattle, Toronto, Singapore and Edinburgh.

The Persian leopard is the largest leopard subspecies, native to Northern Iran, Turkey and the Caucasus mountains. As of 2008, the estimated number of Persian leopards is between 900 – 1300, out of which 500 to 800 live in Iran, 200 live in Afghanistan, and around 100 in Turkmenistan. Small numbers of 5 to 10 individuals can be found in Armenia, Azerbaijan, Turkey, Georgia and Russia. The Persian Leopard has a different coloration than other leopards, as pale and dark individuals are common for Iran, while in other regions, the Persian leopard is light in color. They can weigh up to 90kg and reach 158cm in length of body and 92 cm in length of the tail. The Persian Tiger is held captive for breeding in the ZOO in Budapest, Melbourne and Cleveland.

A carnivorous animal, the giant otter is the longest member of the weasel family. Weasels are successful group of predators. The giant otter is one of the rare in the family that is a social species, with families supporting up to eight members. A dominant breeding pair is the center of the family. The species are active exclusively during daylight. One of the differences between giant otter and other otter species is their distinct vocalization that is used for alarm and aggressiveness. At the moment, there are fewer than 5,000 individuals remaining in the world. As of 2010, only 60 animals were held in captivity. Some of the ZOOs where the giant otter is held in captivity include the Chester Zoo, the Atlanta Zoo and the Philadelphia Zoo. The biggest threat for the giant otter is hunting for their pelts. Poaching has been a problem for quite some time, and statistics show that from 1950 to 1970 around 1,000 otters were killed for their pelts. Back in those days, the price for a pelt of a giant otter could go as high as $300.