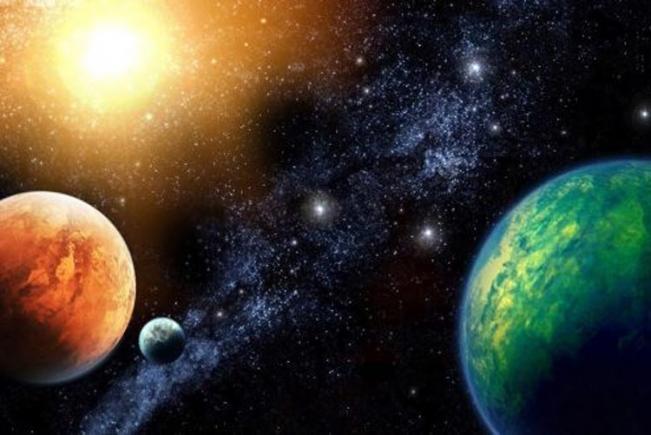 NASA has announced the exciting discovery of Kepler 452b, an Earth like planet where extra-terrestrial life potentially exists.

On July 23rd, NASA revealed some exciting news via a teleconference, that they had discovered a new Earth like planet much similar to ours, than any found to date. Kepler 452b is larger in size, 1.6 times the size of Earth, but it is almost exactly the same distance from its star as Earth is to the sun, making this planet a huge favourite to harbour life than any of the previously discovered candidates.

Its orbiting year is very similar to that of Earths, 384.84 Earth days to be exact. The planet, located 1,400 light-years away, orbits a star 20% brighter than ours and 10% more massive, but this star is also the same G type star as ours and Kepler 452b sits 5% further away from the star than Earth, placing it perfectly in the habitable zone, where liquid can potentially form. An artists impression of Kepler 452b and its star compared to Earth - Image credit NASA/JPL-Caltech/T.pyle.

Many believe if the time comes that we actually discover extra-terrestrial life, religion will entirely be disproved, especially those religions based on Genesis. Benjamin L. Corey wrote a fascinating article on the link between these two subjects here.

This spectacular news comes in the wake of the announcement of Stephen Hawking and Russian billionaire Yuri Milners plans for a $100 million initiative to seek out extra-terrestrial life called Breakthrough Listen, along with the mind blowing images and data that NASA’s New Horizons probe returned of Pluto, making this a very exciting time for scientific discoveries and progress of the unknown.