Millions of Dog Mummies Unearthed in Catacombs of Anubis 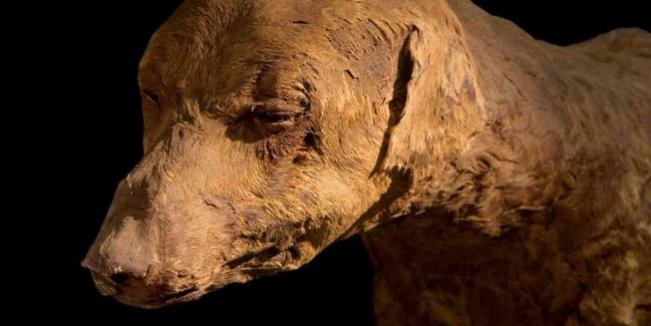 Next to a temple of the Jackal headed god of death Anubis, deep in the dark, extraordinary catacombs, archaeologists have discovered the mummified remains of nearly 8 million dogs, ranging from hour old puppies to adults. During times of the ancient Egyptians, the catacombs location, in the ancient capital of Memphis would have been buzzing with life. Located south of the Nile River delta, Memphis was home to many warehouses, workshops and factories, distributing merchandise and food throughout the ancient kingdom. It is thought that many animal breeders also lived here, producing animals that would later be mummified as an expression of gratitude to Anubis, the god of death.

In 1987 the catacombs were first discovered, but it wasn’t until 2011 that a total excavation took place, uncovering the cherished canines beneath. Lower Eocene stones, as old as 50 million years, were used to construct the mysterious catacombs. Within the ceiling, archaeologists also uncovered a fossil of an extinct marine vertebrate, dating back 48 million years, thought to be closely related to the Manatee. Although the vast majority of the mummies were of the canine variety, many other species of animals have also been found, including mongooses, jackals, foxes, falcons and cats, making this site a very important animal burial ground, as well as giving evidence of the importance of animal culture during these times.