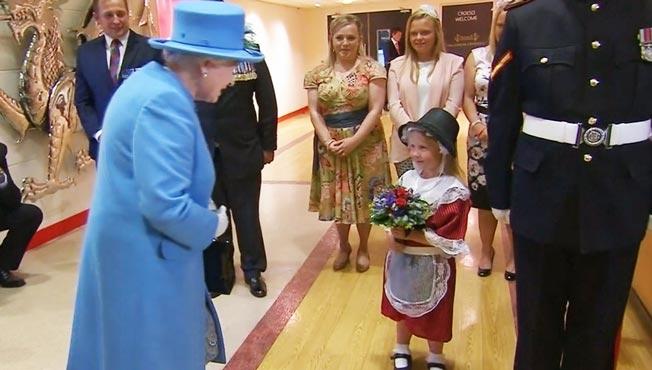 On no, poor Maisie!

It was Maisie's big day. She was on her way to meet The Queen in Cardiff for the presentation of the Royal Regiment with its new colours, but Maisie was about to get something way more than she bargained for.

In the video she can be seen offering the flowers to Her Royal Highness, giving a sweet smile and curstey before an unwitting soldier can be seen accidentally striking her in the face with his salute. Ouch, poor Maisie!

The Telegraph reported “Only seconds later Maisie was in tears after a soldier standing next to her raised his arm to salute the monarch, and in doing so clipped her in the face and knocked off her wide-brimmed bonnet.”

The soldier was said to have apologised right after the incident and little Maisie reportedly finds it very amusing now herself!