Taking a look at Bitcoins and how they have become an accepted form of funding for good and services on the internet.

Bitcoins have actually been around for quite some time, in fact, the virtual banking currency of the internet has existed for several years now and is taking over the crypto-currency marketplace with many large and well-known companies accepting bitcoins as a legitimate source of funds. Yet still there are many people that are either suspect of them or do not quite understand how they work.

Simply put, a cryptocurrency is just a line of computer code which holds monetary value. The lines of code are created by high-performance computers and electricity. This type of currency is also known by many as digital currency, and in any form, it is created by painstaking mathematical computations and then policed by millions of computer users who are called "miners".

There is nothing physical you can hold.

One really interesting fact about Bitcoin is that no government has control over the creation of any cryptocurrency which means because they begin with a market cap in mind, their production will decrease over time which will in theory making any particular coin more valuable in the future, something which initially made cryptocurrencies so very popular.

No one knows who created Bitcoin as they are designed for maximum anonymity, but we do know that they first appeared back in 2009 from a developer name Satoshi Nakamoto (supposedly) who has since disappeared off the face of the earth leaving behind a Bitcoin fortune.

You can store your Bitcoin on your local hardware which is called cold storage and this will protect your currency from being taken by others, but obviously it is important not to lose the access to the hardware that contains the bitcoins as it then will be gone forever.

Being able to pay for goods and services online using bitcoins is becoming even more popular with companies like Subway, Virgin Galactic, Expedia.com and even Wikipedia accepting the cryptocurrency as a payment option.

Nowadays it is all about choice, and having the option to choose how we pay for goods and services online is extremely important. If you take as an example an online casino and how advanced their payment options are now compared to say ten years ago, it becomes easier to understand how sites like www.topmobilecasino.co.uk can offer a selection of online casinos that are totally safe and secure to play at.

Online casinos used to have a negative stigma attached to them, but now millions of people source their favourite games online, and enjoy doing so. Being able to choose how to pay for those games, whether it is by credit card, your phone bill or pay as you go account, or even bitcoin is part of the great advancements we are all experiencing.

01:27:36
Gaming
New
No Limit - A Search For The American Dream On The Poker Tournament Trail

The term American Dream was coined for the first time by James Truslow Adams in 1931, saying that “life should be better and richer and fuller for everyone”.According to the Ox...

This behind the scenes documentary showcases a Singapore-based collective who practice the art of card flourishing.To date, Virtuoso (a.k.a. The Virts) have managed to gather an in... 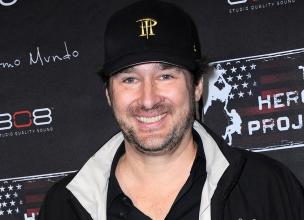 Gaming
Phil Hellmuth – Not Your Ordinary Poker Player
Born in July 1964, he is an American professional poker player. He has won a record 16 World Series of Poker Bracelets. ...