For the Western World, it is hard to understand and embrace how premarital sex can be a crime in countries like Afghanistan. But that doesn’t even begin to scratch the surface of sex and love crimes in Afghanistan.

For example, rape is not banned in the country. Quite the contrary. According to the Shia Family Law, Shia women must have sex with their husband at least once every four days. The only exception is illness. Women face double risk when it comes to rape. They can be victimized by the society.

In 2015, US soldiers were told not to react when they see a rape crime on the streets. They were also told to ignore sexual abuse.

Love Crimes of Kabul is a documentary that addresses these questions. The documentary is an intimate portrait of three young women. All three of them are accused of committing “moral crimes” which involve premarital sex and running away from home. The documentary follows their story from prison to trial, and shows the pressures and paradoxes that women in the country face on a daily basis. 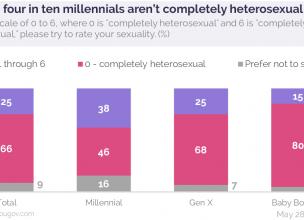 Sexuality
The Kinsey Scale – What is it, and How to Use it?
It is one of the oldest and most-widely used scales to describe sexual orientation. While it is outdated, the scale was ...
Jimmy Hoffa – All the Death Conspiracies
Jimmy Hoffa is one of the central figures in the Irishman, a fictional movie trying to explain the disappearance of the ...
Top 5 Infamous Criminals that will be Roomies with El Chapo in Supermax
El Chapo asked to be moved to a new facility, and he is now spending his time in the Supermax prison in Colorado
Yakuza – The Japanese Sophisticated Crime Organization
Yakuza, or gokudo, translating to “the extreme path”, are members of transnational organized crime syndicates origin...