The Tradition and Rituals of the Inuit People 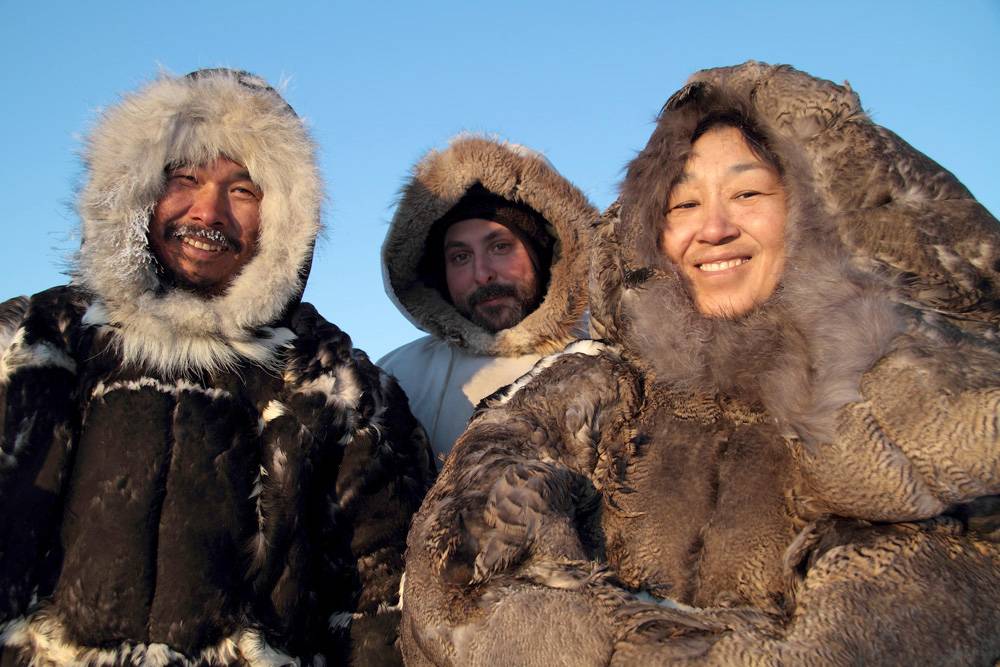 Many of the traditions of the Inuit people, including language, beliefs, customs, and so on, have develop over thousands of years. They believe that humans, animals, and forces of nature had spirits, and when something went wrong, the spirits were not happy.

The Inuit people have a long tradition of oral literature and storytelling. Before they had a writing system, they passed stories from one generation to another. And that is how they preserved their own tradition and culture. Inuit legends and history was kept alive by storytelling, and that is how we learn about their tradition nowadays.

As mentioned previously, the Inuit religion is “animism”. They believe that all living and non-living things have a spirit. That includes humans, animals, forces of nature, but also inanimate objects. When a spirit dies, the spirit continues to live in a different world, the one Inuit people call the spirit world.

In order to please the spirits, Shamans often recommended that the Inuit people offer gifts to the spirits.

The Spirits of the Inuit People

Let’s talk more about the Spirits of the Inuit people. There were certain guidelines that they were supposed to follow to make the spirits happy. Illnesses, bad hunt, and bad weather, all of these conditions were blamed on displeased spirits.

Souls, or spirits of humans could also be lost and stolen due to madness and illness. In the belief system of the Inuit, the human was made of three parts: body, name, and soul. When an individual dies, the body was the only part to die. The spirit and the name continue to live in a new body. Names of dead relatives were given to babies to ensure that the soul and name could continue living.

There were many ceremonies that helped the Inuit people practice their religion and belief system. The main instrument of the ceremonies was dancing and one-sided drum. The drums were made of walrus stomach, walrus bladder, or caribou skin stretched over a wooden hoop.

Drum dances occurred inside large snow houses (called igloos) with up to 60 people. During the singing and dancing, Inuit people told stories of the spirits. There were dances of different nature. Some were religious, others were for welcoming travelers or celebrating a hunt.

After a large hunt, the ceremony called “Bladder Dance” was performed. The Inuit people believed that the soul of the animals was inside the bladder so they honored the bladder, and returned it to the sea so it can find a new body.

The most important spirit in the Inuit world, tradition, religion, and culture was the Goddess of the Sea, called Sedna. They believed she lived at the bottom of the ocean and controlled the seal, whales, and other sea animals.

If they made Sedna happy, she would provide food for them. She is also known as the “lubricious one”. Her representation is different, depending on the region where the Inuit people live.

15:43
Philosophy
Living without Restraint: Combatting Fear in Pursuit of Service

04:06
Philosophy
Nassim Nicholas Taleb - What is a "Black Swan?"

The black swan theory is a metaphor that describes an event that comes out as a surprise, has a major effect, and it often inappropriately rationalized after the fact with th...

Military/War
The Battle of Berlin, What You Didn’t Know about the Fall of Nazi Germany
What if Germany won the battle? Well, even a German victory would not have changed anything at the time. At that point, ...
Lalibela – The Miraculous Underground Churches in Ethiopia
The historical name of the complex is Roha. This religious and pilgrimage center in the north-central Ethiopia is the ca...
Persepolis – Iran’s Archeological Jewel Crown
Persepolis was the capital of the Persian Achaemenid Empire, starting from the reign of Darius I, until its destruction ...
Merkaba Mysticism – What the Sacred Symbol Represents?
Translated, Merkaba means light, spirit, and body in Hebrew. It denotes the harmonious activation of all of the three as...