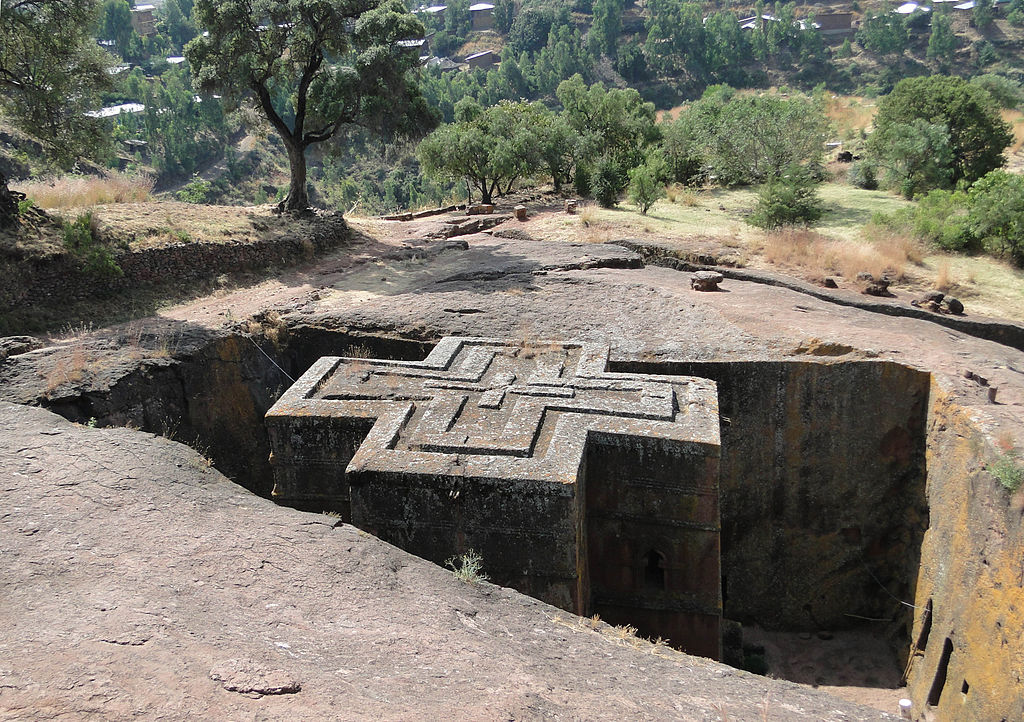 The historical name of the complex is Roha. This religious and pilgrimage center in the north-central Ethiopia is the capital of the Zagwe dynasty. It was renamed for the most distinguished monarch, Lalibela. According to tradition, he was the one who built the 11 monolithic churches

When you watch Lalibela from a distance, the only sign there is something there is the stream of people flowing in and out of crevices. There is absolutely no sign of underground temples. Visits to Lalibela are timed for the moments when the congregations ebb, using the intermissions in daily services to negotiate the canyons.

The historical name of the complex is Roha. This religious and pilgrimage center in the north-central Ethiopia is the capital of the Zagwe dynasty. It was renamed for the most distinguished monarch, Lalibela. According to tradition, he was the one who built the 11 monolithic churches.

There are two main groups of churches. The first group is to the north of the river Jordan and consists of the House of the Savior of the World, House of Mary, House of the Cross, House of Virgins, and House of Golgotha Mikael.

The second group is to the south of the river and consists of the House of Emmanuel, House of St. Mercoreos, House of Abbot Libanos, House of Gabriel Raphael, and House of Holy Bread.

The eleventh church is the main church, House of St. George. This one is isolated from the others, but connected to all churches through a system of trenches.

Up to this day, there is no clear definitive explanation about how the churches were built. There are legends and stories. One of the legends is that Lalibela, the King at the time, got the inspiration when he saw Jerusalem in his lucid dreams. He even said that the construction of the churches was only possible with the aid of the angels.

One thing is certain. The churches were not constructed in a traditional way. They were hewn from the living rock of monolithic blocks. These blocks were chiseled out, forming doors, windows, roofs, floors, and more. Because of the extensive system of drainage ditches, trenches, and ceremonial passages, the work was complicated.

The complex is home to the largest monolithic church in the world. That is the House of the Savior of the World with its five aisles. The church is also home to the Lalibela Cross.

The village of Lalibela is near the churches. This village has two storey round houses constructed f local red stone.

There is a museum in Lalibela you can visit. But the museum doesn’t prove any theory of how the churches were built. The display of construction tools include a fragile adze, which is an axe-shaped tool the workers used to sculpt churches from the ground.

The Churches are centuries old. Some call them the 8th Wonder of the World. They were inscribed in the list of UNESCO World Heritage in 1978. The churches qualified for three basic criteria:

Who was Lalibela the King? He was the one who built the complex. Many Christians in Egypt sought refuge under his rule. The King was so incensed that he tried to cut off the annual floodwaters to the lower Nile by diverting the source rivers in the Ethiopian highlands. But he couldn’t carry on this project.

Legends say that besides building the monolithic churches, he built and endowed many other churches and monasteries in Ethiopia. Because of his effort in building churches, the Ethiopian Church canonized him. June 6 is his Saint’s day.

There are legends he abdicated in favor of Naakuto Laab, who was the last Zagwe king in Ethiopia. He then abdicated himself in mysterious circumstances to allow the older Solomonic dynasty to regain rule in Ethiopia. 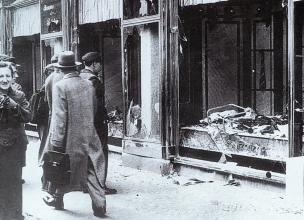