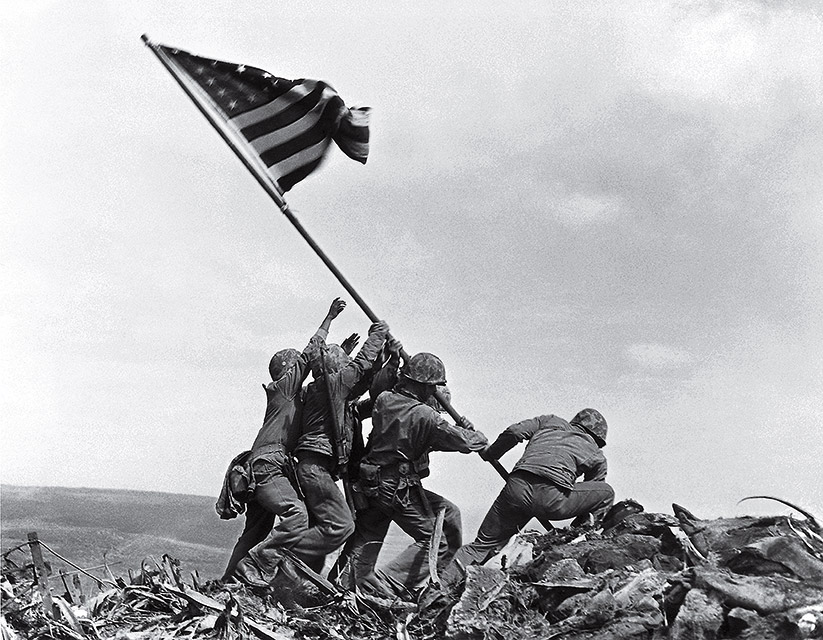 The iconic photograph was taken by Joe Rosenthal and immediately become popular. But Iwo Jima represents much more for American history than just a photograph

The Battle of Iwo Jima is one of the most memorable battles in the history of US Marine corps. The battle, or the raising of the American flag on the battlefield is one of the most memorable and influential photographs of all time. The iconic photograph was taken by Joe Rosenthal and immediately become popular. It rose to iconic status within days. The controversy of the photo aside, the battle of Iwo Jima remains one of the most important battles in history of America. The battle lasted from February 19 to March 26, 1945. Let’s look at what the battle means for America.

Six soldiers were identified as raising the flag. Those were Ira Hayes, Rene Gagnon, Henry Hansen, Michael Strank, John Bradley, and Franking Sousley. Three of those died after the photograph was taken. At the same time, the Marine identified as Henry Hansen was actually Harlan Block. Ira Hayes claimed it was true, but he was told to keep quiet because the official identification has already been released. The mystery was resolved when Harlan Block’s mother wrote her congressman, and an inquiry was opened. In 2016, a Marine Corps investigation showed that Harold Schultz was actually in the photo instead of John Bradley.

The photo was used for the memorial sculpture located in Arlington, Virginia. The US Marine Corps War Memorial is a must see, but it is better known as the Iwo Jima Memorial. As mentioned previously, three of the people on the picture died. The three survivors were Rene A. Gagnon, Ira Hayes, and John H. Bradley. The posed for the sculpture, with Felix W. de Weldon modeling their faces in clay.

The flag at the top of the pole flies at full mast 24 hours a day, 365 days a week. President John F. Kennedy issued a proclamation for that.

Joe Rosenthal, working for the Associated Press at the time, won a Pulitzer award for the photograph. There were two flags raised at Iwo Jima. The first one is part of a collection at the National Museum of the Marine Corps in Triangle, VA, while the second is on daily display at the Museum.

One of the most memorable battles in US History

More than one third of Medal of Honor awards belong to soldiers fighting at the battle of Iwo Jima. The Medal of Honor dates back to an 1861 Senate bill signed by President Lincoln. The medal is awarded to US Military personnel “who distinguish themselves by their gallantry in action”. During World War II, 82 Medal of Honor were awarded to the Marines, 23 of which for gallantry in action during the battle of Iwo Jima. Since 1861, the US has awarded 3,400 medals of honor, 464 during World War II.

US lost more soldiers than Japan

Before the battle started, a US Lt General predicted America will lose around 15,000 people in the battle. He was optimistic. The battle resulted in death of 26,000 casualties, including 6,800 dead on the American side. The Japanese suffered 22,000 casualties, 18,844 which were dead. Many survived secretly on the island, and surrendered later. Due to heavy casualties, the necessity of the battle has long been questioned. According to the critics, the US gained little by capturing Iwo Jima. Japan continued to received warming signals or warplanes from another island, providing capturing the island useless to the army as a staging base and useless to the navy as a fleet base.

We mentioned that many Japanese soldiers hide secretly on the island and did not surrender until later on. The Japanese forces fortified the island with a complex labyrinth of tunnels and caves. The soldiers used them to hide, and two of them remained hidden until 1949.

A Navajo tribe helped the US Marines

Many generals during the battle acknowledge that without the help of a Navajo tribe, the US Army might have lost the battle. Navajo code talkers, members of the Navajo tribe who relayed messages using a code based on their tribal dialect performed flawlessly at the battle. Japanese forces were able to break the Air Force code, but they failed to break the Navajo code. The code remains one of the few in the history of battles to remain unbroken.

Japan knew they will lose the battle

Before the battle started, Japanese forces were outnumbered five to one. The reality was that Japan knew they would lose the battle. But they also knew the loss would facilitate American air raids against Japanese Home Islands. And while the navy lost almost all of its power, Japan was determined not to lose air as well. So their strategy was to rely on the established defensive equipment in the area and use delaying tactics to gain time for defense of the mainland.

27:42
History
New
The Story of Hannibal: The Nightmare of the Roman Empire 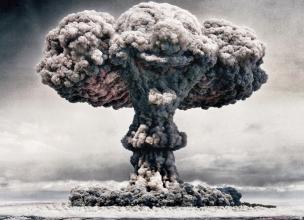