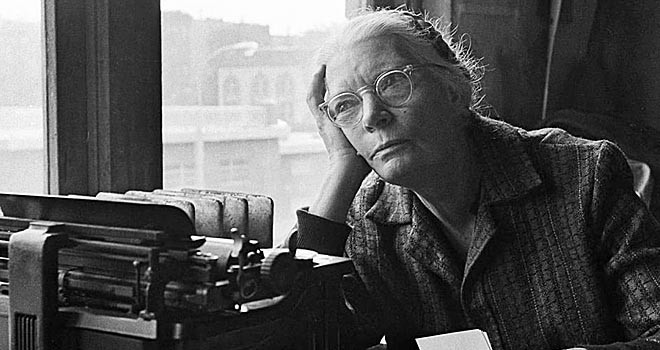 She described her conversion in her autobiography, The Long Loneliness. She is on her way to becoming canonized by the Catholic Church. She will be one of the more controversial characters to receive such honor. Let’s see both sides of the story

Born on November 8, 1897, Dorothy Day was an American journalist, social activist and Catholic convert. She lived a bohemian lifestyle before gaining public attention as a social activist following her conversion. She is best known for her radical views in American Catholic Church history.

She described her conversion in her autobiography, The Long Loneliness. She is on her way to becoming canonized by the Catholic Church. She will be one of the more controversial characters to receive such honor. Let’s see both sides of the story.

The main reason for her canonization is her involvement in the Catholic Worker movement. She met Peter Maurin in 1932, who she praised as the founder of the movement. He was a man of deep intellect and strong views. Together, they established the movement, which was a pacific movement combining direct aid for the poor and homeless as well as nonviolent direct action. Dorothy, for her part, practiced civil disobedience, which led to arrests in 1955, 1957, and in 1973 when she was 75 years old.

The movement started with the first issue of the Catholic Worker. It appeared on May 1, 1933, and was priced just one cent. Since then, the newspaper published continuously. The newspaper targeted people hit by the Great Depression, “those who think there is no hope for the future”. Dorothy and her fellow publishers taught them that the Catholic Church has a social program, and could help them.

The Catholic Worker did not pay to its staff, and it did not accept advertising. The newspaper was an unapologetic example of advocacy journalism. They provided coverage of strikes, explored working conditions of women and black workers, and explicated papal teaching on social issues. The goal of the newspaper was to move its readers to take action locally. For example, they patronized laundries recommended by the Laundry Workers Union.

In her writings, Day opposed atheism. She defended government relief programs like the Civilian Conservation Corps. The Church hierarchy backed Day’s movement. Her biggest contribution at the time was the opposition to the ideology spread by the Communist Daily Worker.

In addition to writing, Day and her Catholic Movement provided shelter, food, and clothing to the poor of the Lower East Side. What started as a local newspaper and movement, spread to more than 30 independent and affiliated communities in USA, Canada, and the United Kingdom.

There is no denying that Day had a lasting impact on the church and those who met her. But she was controversial because of her life story. Before her conversion, she led a libertine lifestyle. It gives many people pause before accepting her as a saint. She is also criticized for being a pacifist during World War II and her lifelong critic of capitalism.

To put it further, she had an illegitimate child and an abortion before converting to Catholicism. The Catholic Church opposes all forms of abortion procedure whose direct purpose is to destroy a zygote, embryo, fetus, or blastocyst. The stance is that human life must be respected and protected absolutely from the moment of conception.

Some say that Day’s story of transformation in the love of God is what looks appealing. She provided a role model and gives hope to women who have had abortions.

But the real problem is what Day said about herself. She wrote “Do not call me a saint. I do not want to be dismissed so easily”. Some say that she would prefer the money needed for the lengthy process to be used for those more in need.

Will she be canonized?

The process is now into canonical inquiry phase. That means there will be a theological review of her published writings. At the same time, a historical commission will examine her unpublished materials.

The Dorothy Day Guild, organization that focuses on her cause, works closely with the Church to digitize and transcribe thousands of pages of her unpublished writings.

The process is still far from the finish line. But she is still influencing lives today. 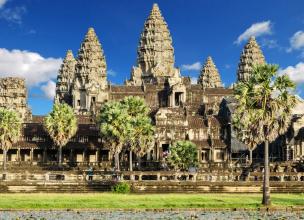 Religion
Angkor – The Lost City with the World’s Largest Single Religious Monument
The Angkor Wat is not the only temple in the city and the region. In total, there are 292 temples in the complex. Fifth ...
Wailing Wall in Israel, a Place for Prayer for more than 2,000 Years
For some Jews, the Wall is the place they feel Judaism for the first time. By touching the wall, they connect with God, ...
10 Interesting Facts That Will Take You to Rome to See the Sistine Chapel
Entry to the Sistine Chapel brings an annual revenue to the Vatican around 80 million euro. With that in mind, here are ...
Cremation – Is it a Sin or No?
The reason why cremation is becoming more and more popular is simple, it is all about the money. Cremation can cost betw...